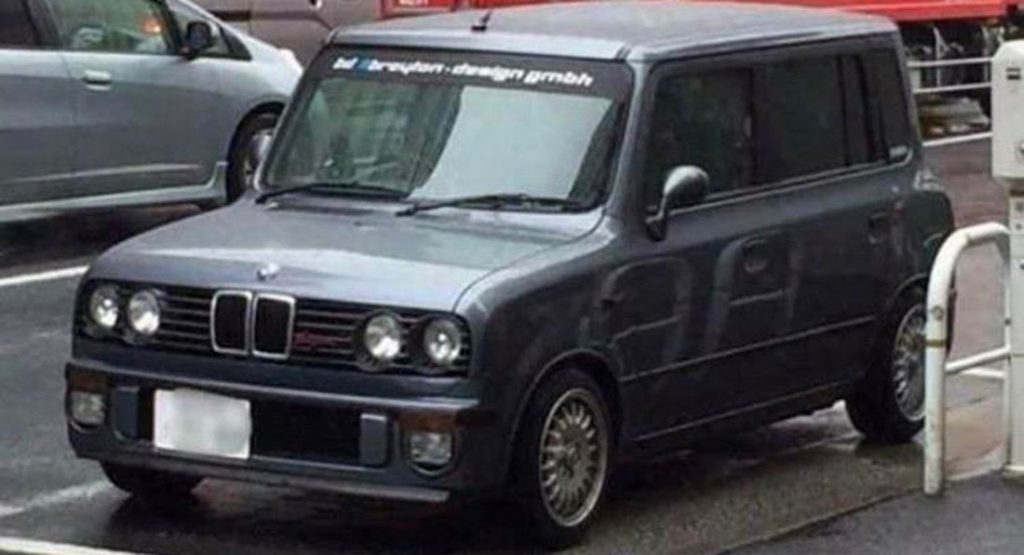 The Suzuki Lapin may not be the most desirable car from the factory, but this particular example recently spotted in Japan looks a bit different.

The Lapin has been produced by Suzuki for the Japanese market since 2002 and is a five-door hatchback kei car powered by a tiny 657 cc inline three-cylinder engine. It has a boxy shape and doesn’t look dissimilar to the Nissan Cube. This particular Lapin, however, is unlike any other we’ve seen in the past.

Found at the front of the car are the compact kidney grilles from what looks to be an E30-generation BMW 3-Series. In addition, the dual square-shaped headlights of the Lapin have been replaced by four round headlights to further add to the BMW looks. The car is also sitting on a set of 14-inch wheels from the E30.

Read Also: Japan’s Best-Selling Car Of 2019 Is A Boxy Honda We Don’t Get Here

It’s not just the E30 3-Series that this Suzuki Lapin reminds us of; if not for the BMW grille and badge, the combination of the front grille and the headlights is somewhat reminiscent of the front fascia of the Lancia Delta Integrale.

This Lapin has benefited from a series of other upgrades. For example, it features a distinctive new front bumper, the ride height has been lowered and a subtle, black chin spoiler has also been fitted up front. 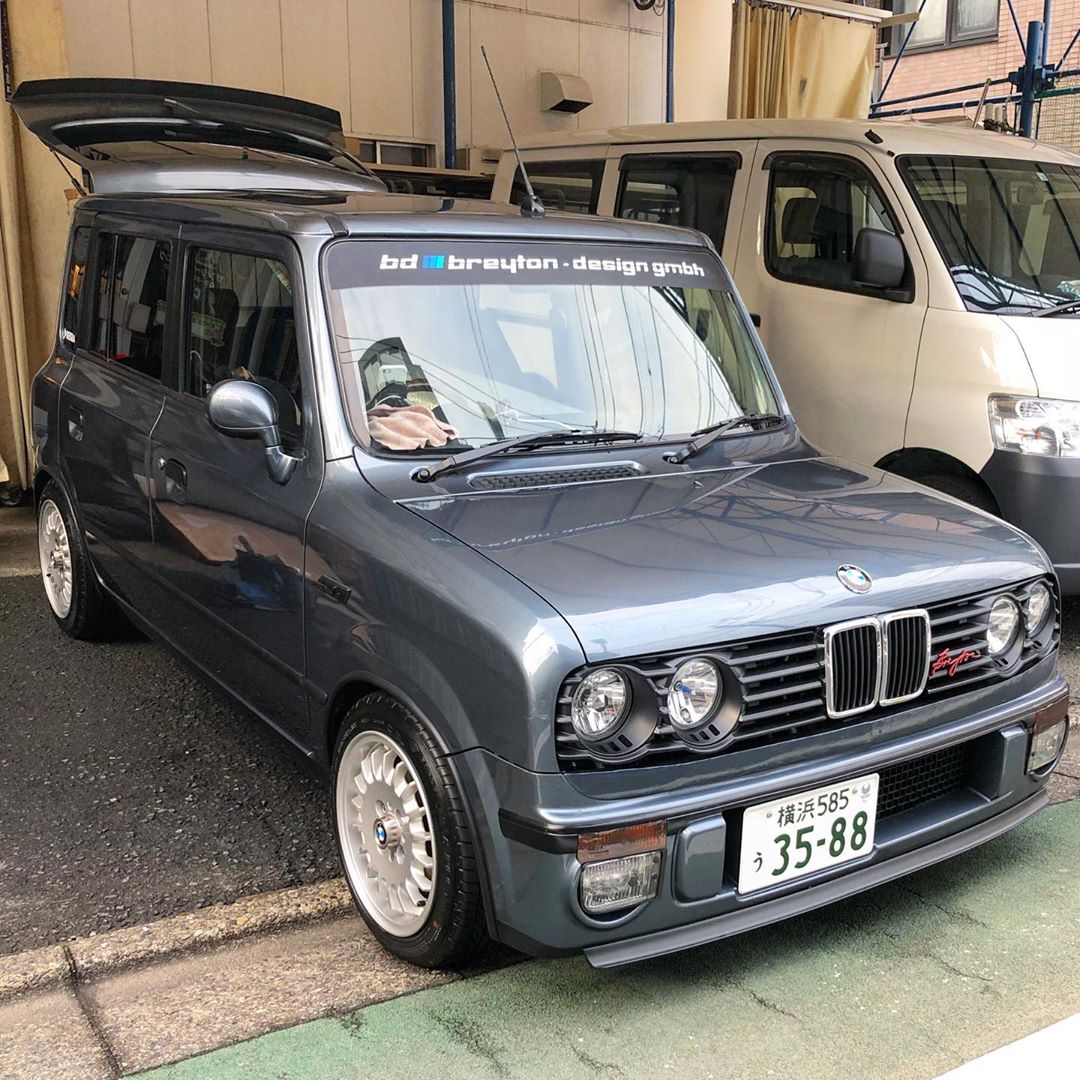 2020-06-13
Previous Post: The Porsche 911 Safari TX Was Actually Built As A Daily Driver
Next Post: Mercedes F1 Concept Shares Nothing With Current Racers – And Is All The Better For It