What Did Ford Apply To Secure The Everglades Moniker For?


Ford sure has plenty of nameplates in the process of being secured, and as of recently, the have added another one to the list: the Everglades.

Read Also: Ford Trademarks Stormtrak Name, Could It Be Used For A New Subaru Outback Rival?

In other words, they can use the Everglades moniker on pretty much any model they desire, and as CNET which discovered the trademark application, noted, the EV reference sure is interesting.

So, is there anything to look forward to when it comes to the Everglades label? Maybe, maybe not, as we’ve learned over the years that automakers tend to secure nameplates and never use them, a practice that’s mostly looking to discourage the competition from coming up with a similar name.

Nonetheless, if we were to bet on it, we’d be tempted to stick to the ‘off-road vehicles’ part, and perhaps expand it to include pickup trucks and SUVs, as the Dearborn brand sure has several of them coming in the near future. The all-new Bronco is on the list, and so is the Bronco Sport, so the Everglades could perhaps suggest an off-road oriented trim for either of the two. Moreover, the 2021 F-150 will be revealed on June 25 and will get an all-electric variant by mid-2020, so there’s another candidate. 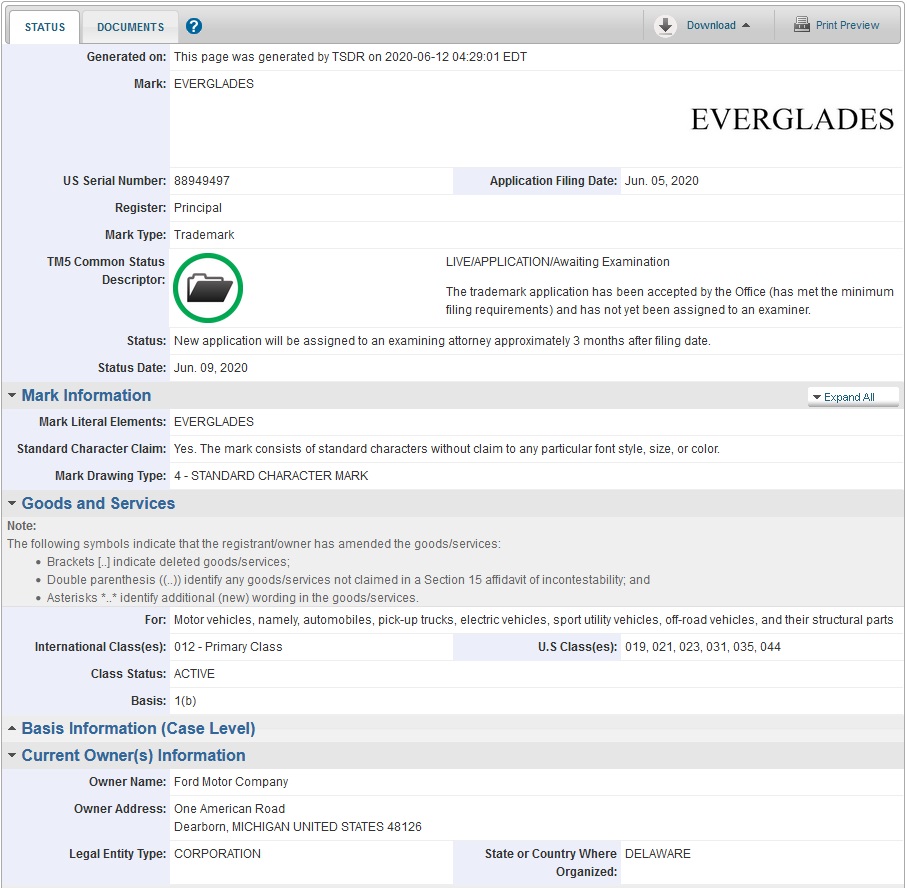 2020-06-13
Previous Post: The Ford GT40-Based Road Car That Could Have Been
Next Post: Jeep, FCA Win Court Victory Against Mahindra Roxor