$40,000 Rolls-Royce Cullinan Miniature Replica Will Blow You Away 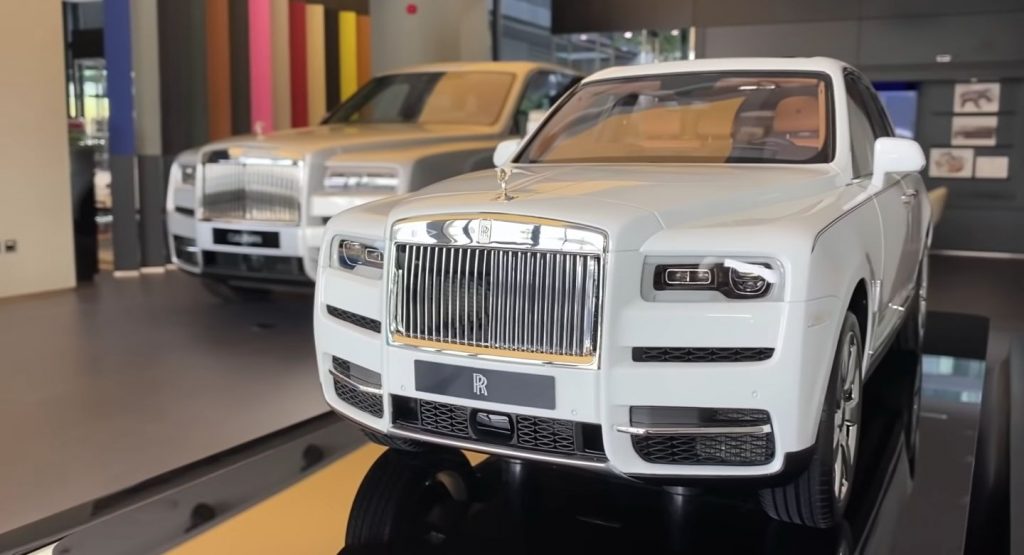 Owners who don’t mind spending at least $17,000 on a scale model can order an exact Cullinan replica. As with the life-size SUV, options can more than double the price, with the example featured in this video from Supercar Blondie costing a whopping $40,000 as it is built to replicate all the features of a full-size Bespoke Rolls-Royce SUV.

If you can get past the fact that this Cullinan 1:8 scale model costs roughly the same as a brand new 2020 BMW X3 sDrive30i in the United States, you’ll be very curious to watch the video presentation. 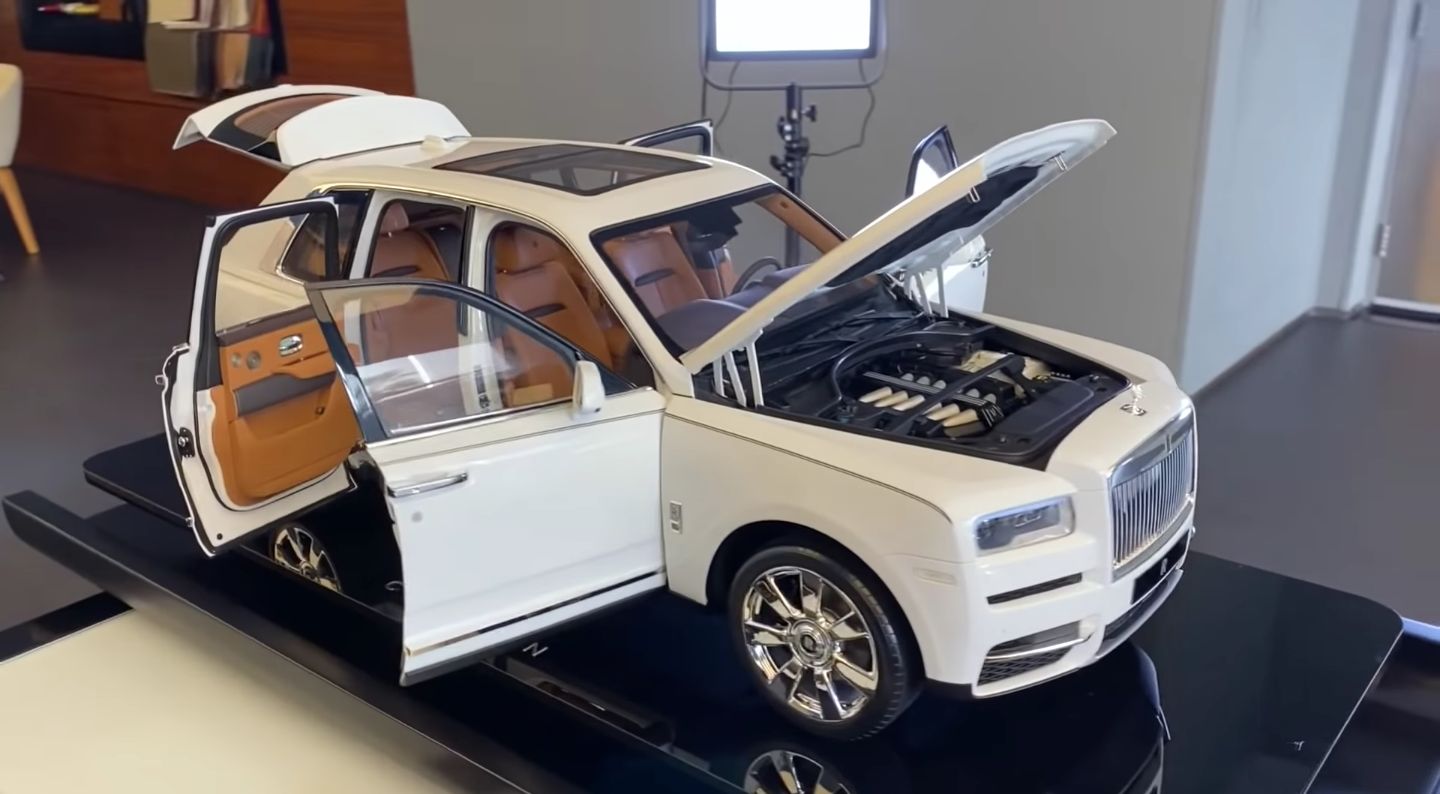 As you can imagine, this is no ordinary scale model. It has over one thousand hand made components and it takes 450 man hours to make – over half the time required to build an actual Rolls-Royce Cullinan.

It’s an exquisite creation built with an unreal attention to detail: it features fully-functioning exterior lights, a perfect replica of the 6.75-liter twin-turbo V12 under the hood, illuminated tread plates, illuminated dashboard, headrest embroidery, wood finishes, as well as seat piping and stitching. It even has umbrellas housed into the rear doors, for crying out loud! 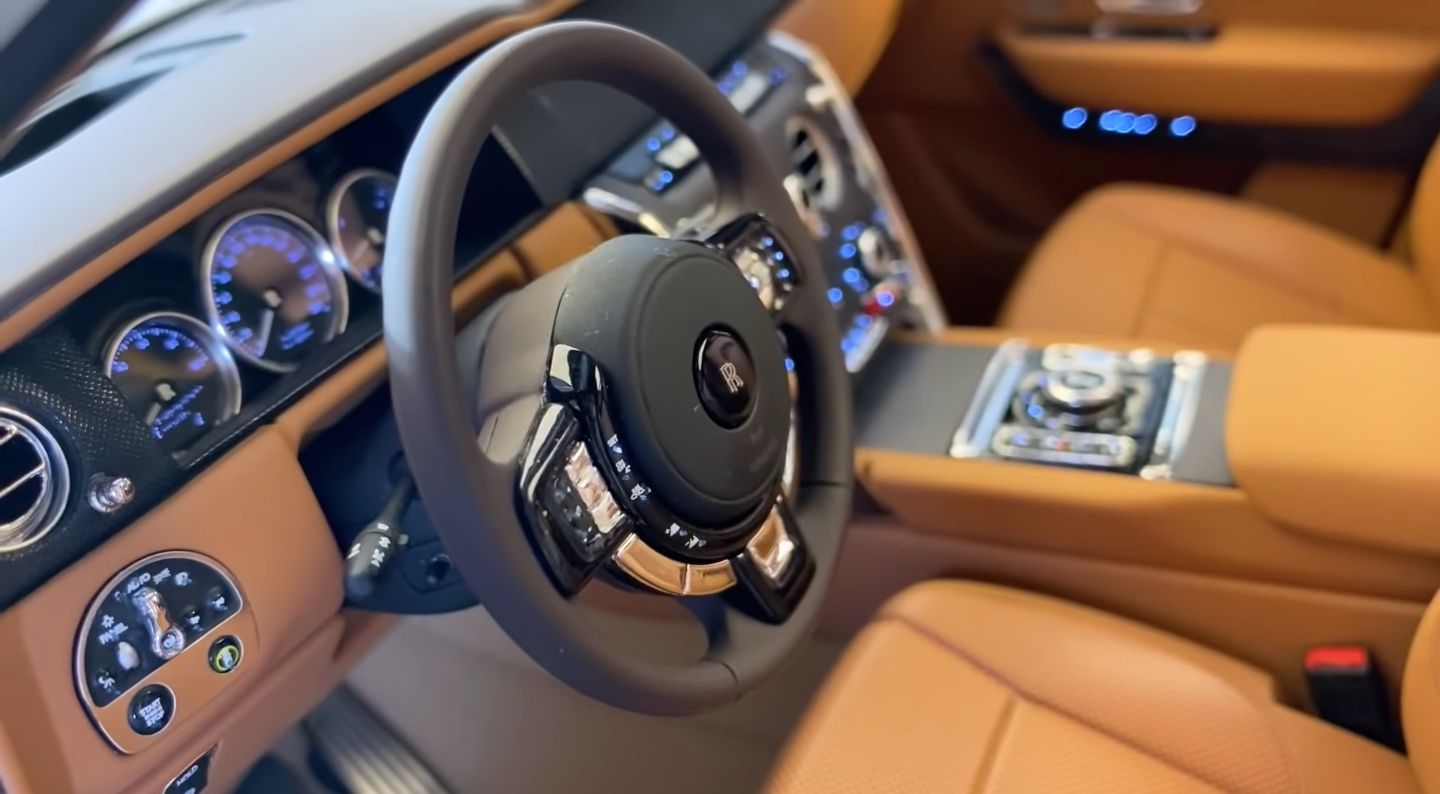 The Cullinan 1:8 scale model comes with its own remote control that fits snugly into the boot. Using the remote, users can lock and unlock the doors, turn on or off the exterior LED lights, and pop up the hood.

There’s no start stop button for the engine but, given the level of detail on this, we wouldn’t be at all surprised if the Cullinan miniature replica could move under its own power. Maybe that’s an idea for the Cullinan scale model’s facelift?