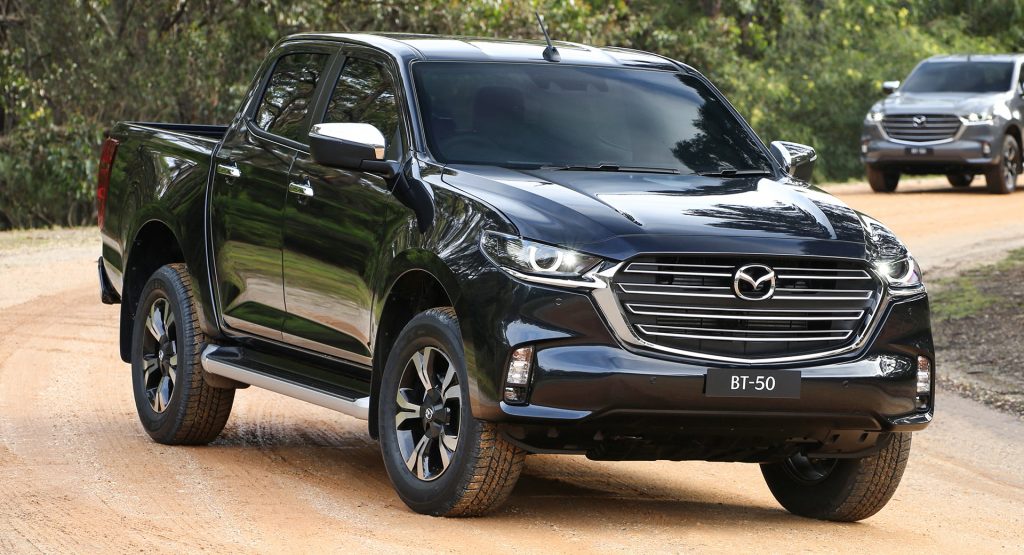 The veil has been lifted on the new 2021 Mazda BT-50 roughly a week after the first teaser image of the car was released.

There’s no denying that the current BT-50 looks at odds with the rest of the Mazda family so it’s fitting that the new BT-50 makes the most of Mazda’s eye-catching ‘Kodo’ design language.

Up front, the new pickup truck features a set of familiar Mazda headlights, very similar to those of the likes of the Mazda CX-5 (and pretty much every other Mazda model). Also found at the front is a striking chrome grille. While the design of the front fascia is certainly unique amongst its pickup truck peers, the rest of the bodywork is quite familiar to other pickups currently on sale. This is most apparent at the rear where the curiously-shaped taillights of the outgoing BT-50 have been replaced with more upright and simplified light units. 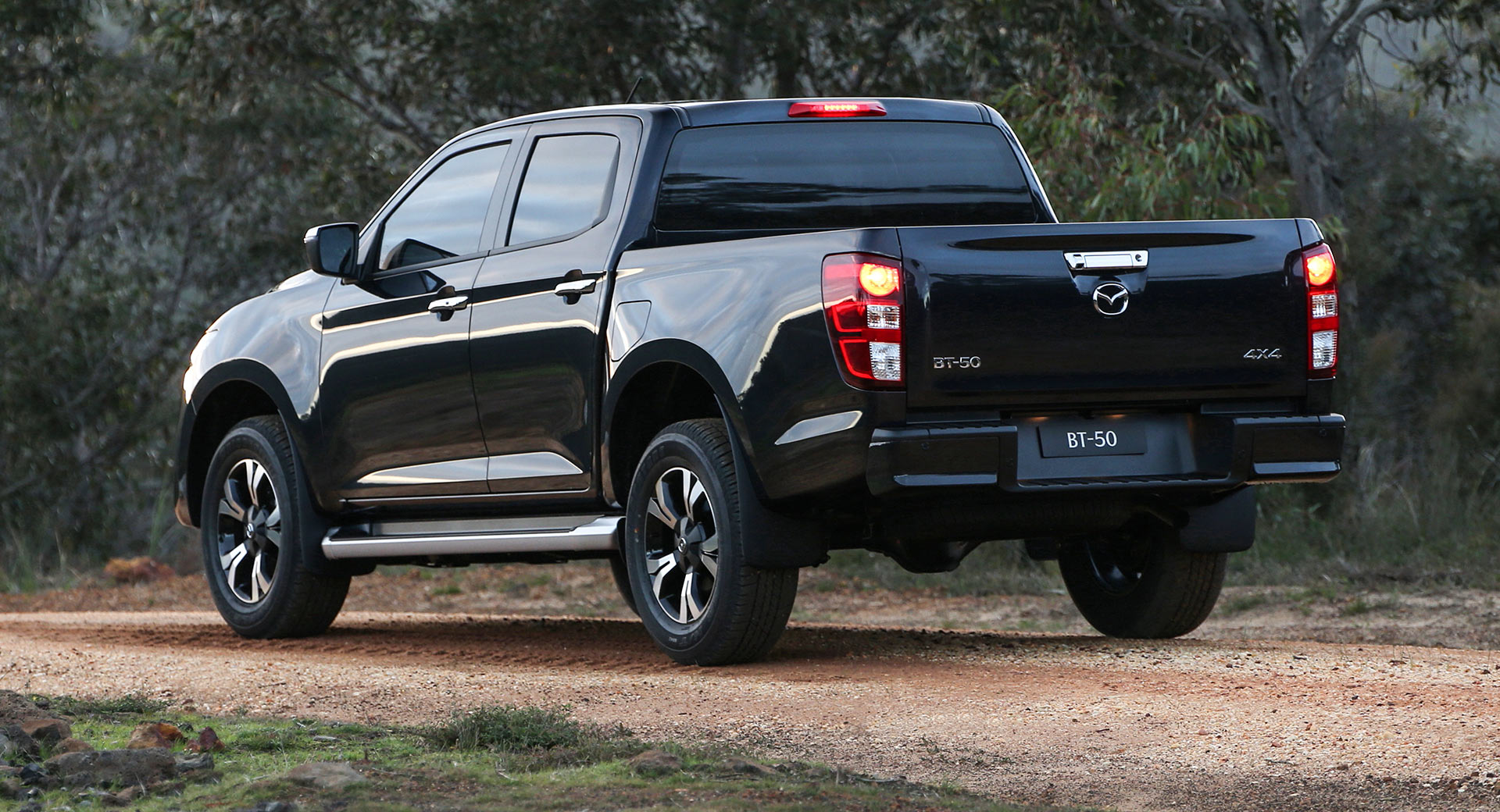 The comprehensive modifications extend beyond the exterior and flow into the cabin. In fact, the upgrades made to the cabin are arguably more significant than the exterior changes. Like other Mazda models, the interior of the BT-50 looks like quite a luxurious place to spend time thanks to a sporty three-spoke steering wheel and a large infotainment screen that includes Apple CarPlay and Android Auto. The model pictured also includes soft-touch leather along the sides of the transmission tunnel, dashboard, center console, and seats.

Mazda worked with Isuzu in developing the new BT-50 meaning it shares its underpinnings with the Isuzu D-Max rather than the Ford Ranger like the outgoing BT-50. Power comes courtesy of a 3.0-liter diesel engine producing 188 hp (114 kW) and 332 lb-ft (450 Nm) of torque. 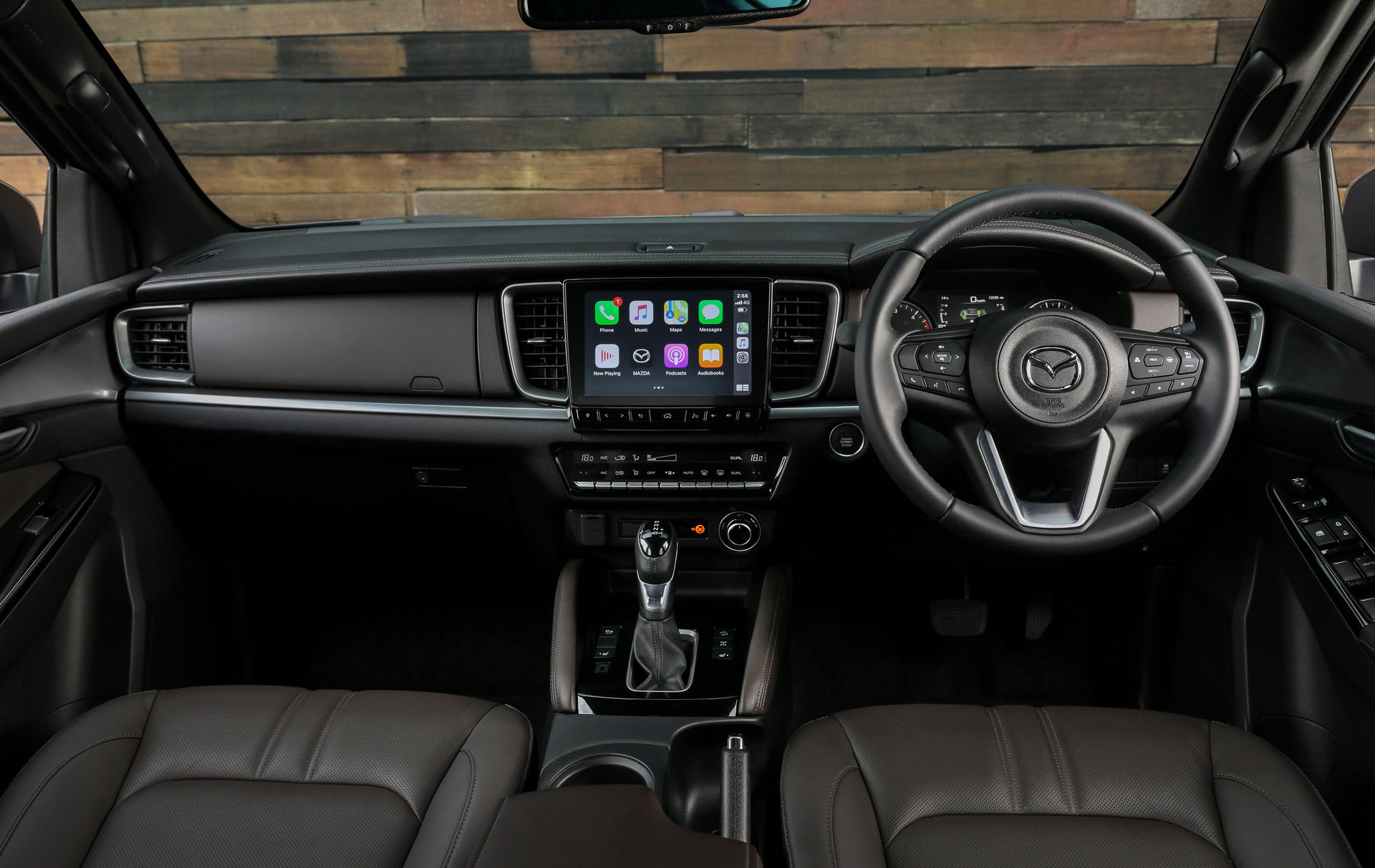 The Japanese car manufacturer is remaining tight-lipped on some of the truck’s key technical specifications like its fuel economy and tow ball weight with plans to announce additional details later in the year. What we do know at this stage is that the 2021 BT-50 has a towing capacity of 7,716 lbs (3,500 kg) and a payload capacity of over 2,200 lbs (1,000 kg).

Australian sales of the 2021 Mazda BT-50 will start later this year with pricing details to be announced at a later date.