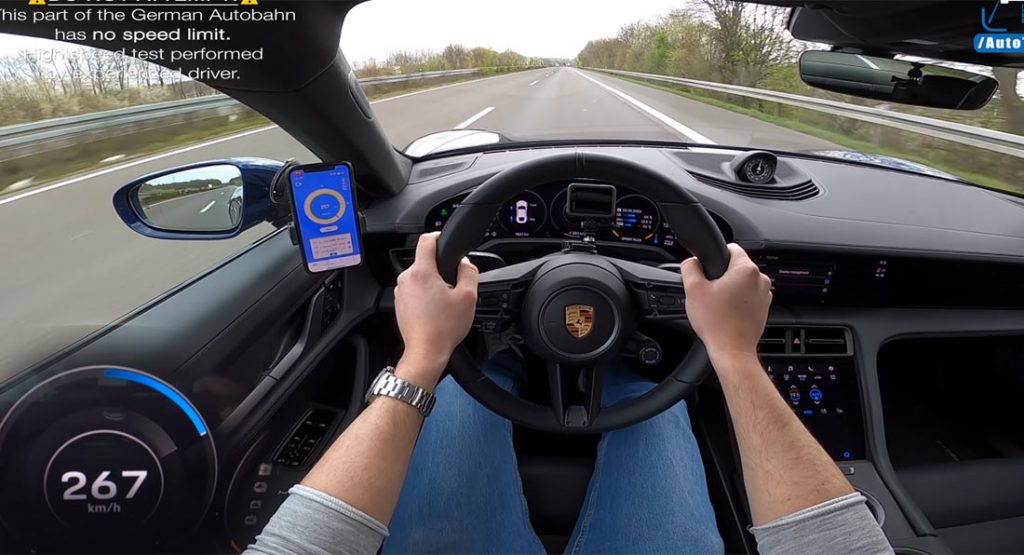 We all know that electric performance cars like the Porsche Taycan Turbo S are capable of extraordinary acceleration. However, what are they like to drive at higher speeds in the German Autobahn? This video shows just how well-mannered and easy the car appears to be to drive.

While testing out the car, AutoTopNL was able to push the car through to a top speed of 267 km/h (166 mph), a very respectable figure for an electric car and more than enough for those who need a luxurious cruiser to crunch the motorway miles at high speeds.

One of the main reasons why the Taycan can hit these sorts of speeds is that, unlike many other EVs, it features a two-speed gearbox. This also explains why it is able to out-accelerate a Tesla Model S once the speeds start to build.

According to Porsche, the Taycan Turbo S can sprint to 60 mph (96 km/h) in 2.6 seconds and has a top speed of 161 mph (260 km/h). Evidently, that top speed figure is a little understated, while independent testing has shown that the quoted 0-60 mph time is also on the conservative side.