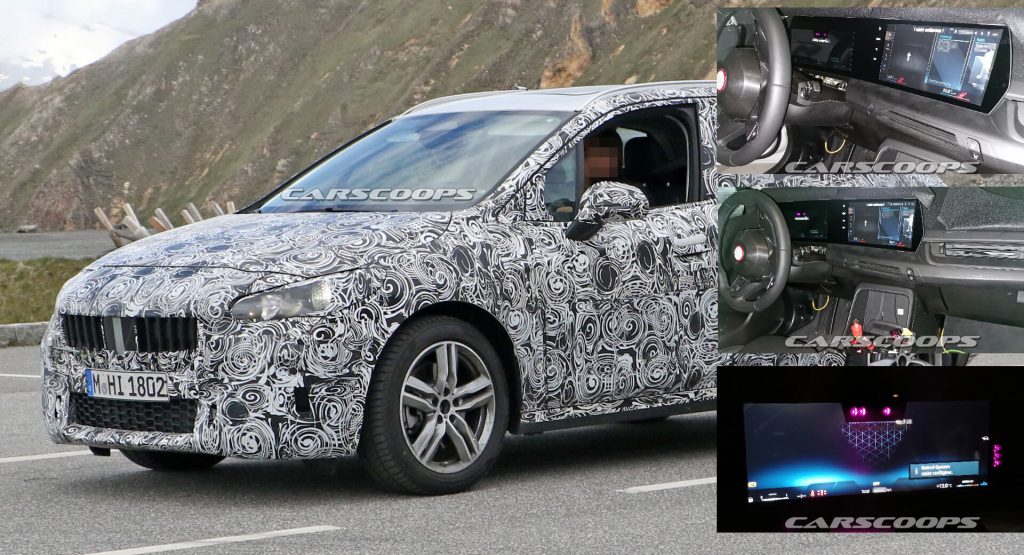 The new generation BMW 2-Series Active Tourer has been spotted once again during its development, but this time it gives us a better look at the massively upgraded cockpit.

The biggest change compared to the current generation is the introduction of a massive curved display, which combines two screens, one serving as the new digital instrument cluster and the other one taking on the role of the infotainment system, while also allowing occupants to use it to control various functions of the car, including the HVAC system. 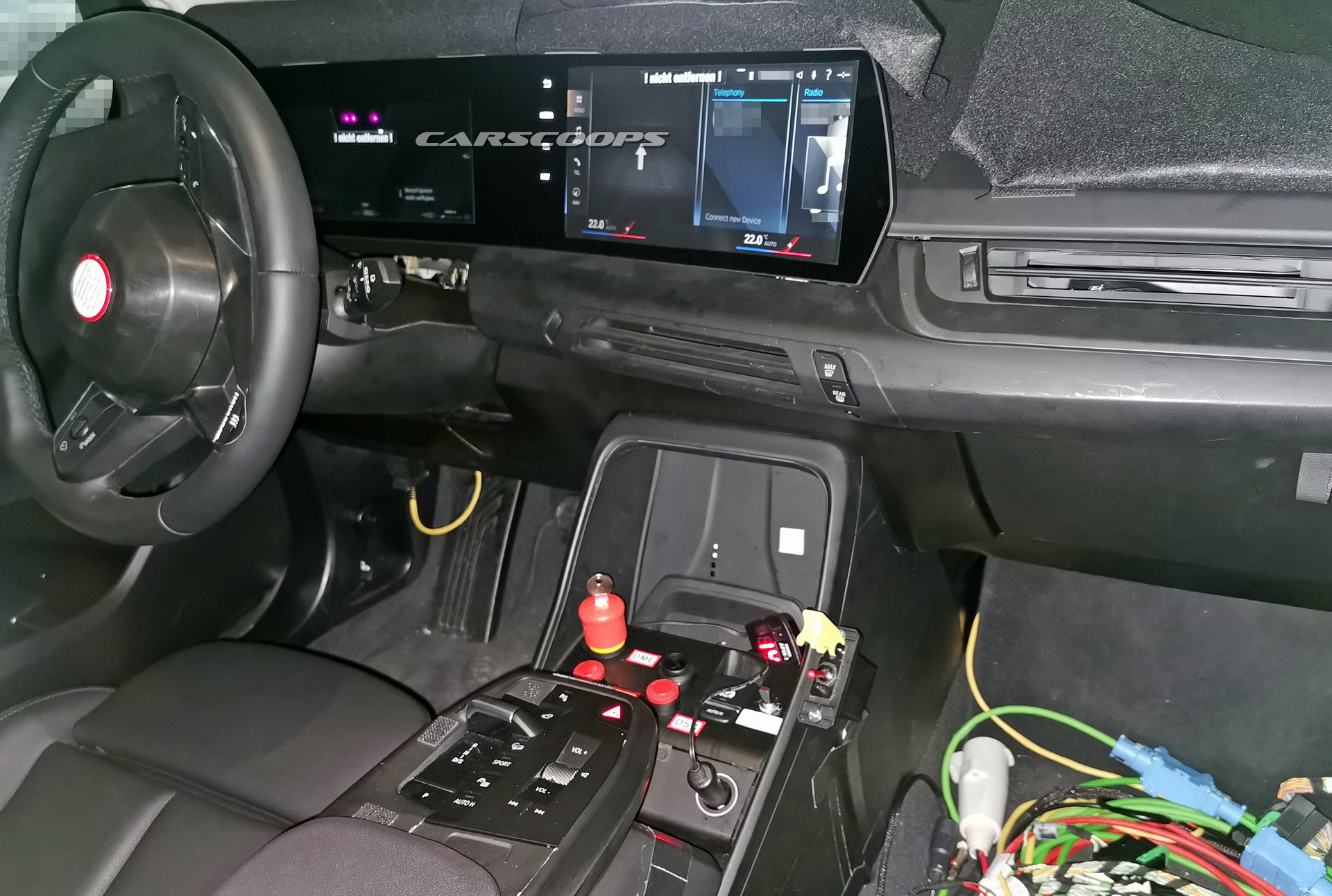 The air vents are thin and elongated while the gear selector is designed as a toggle switch. Buttons for the drive mode selector, parking sensors and auto-hold function are located in front of the central armrest, on a console that also features the emergency lights button and a dedicated volume control knob. The steering wheel has a slightly thicker design and this prototype also featured leather upholstery, which will be found on the options list, alongside other gizmos.

Based on the UKL2 platform, the 2021 2-Series Active Tourer shares the same underpinnings with the new 1-Series, and X1 and X2 crossovers. BMW’s compact minivan will be slightly bigger than its predecessor, a necessary move since the larger 2-Series Gran Tourer is expected to be discontinued. It should also share some (if not most) of the petrol and diesel engines of the latest 1-Series hatchback, with the range believed to be expanded by plug-in hybrid options.

Base models will be offered with a six-speed manual gearbox and front-wheel drive, whereas top grades will arrive with the 8-speed automatic transmission. The xDrive AWD system will be employed in select versions of the compact minivan.

The 2021 2-Series Active Tourer won’t make its way to the States, but it will reportedly launch in Europe and other markets later this year.

2020-06-22
Previous Post: An afternoon with the Schley Brothers
Next Post: Base Porsche Taycan To Debut June 29 In China, Likely As Single-Motor RWD Model