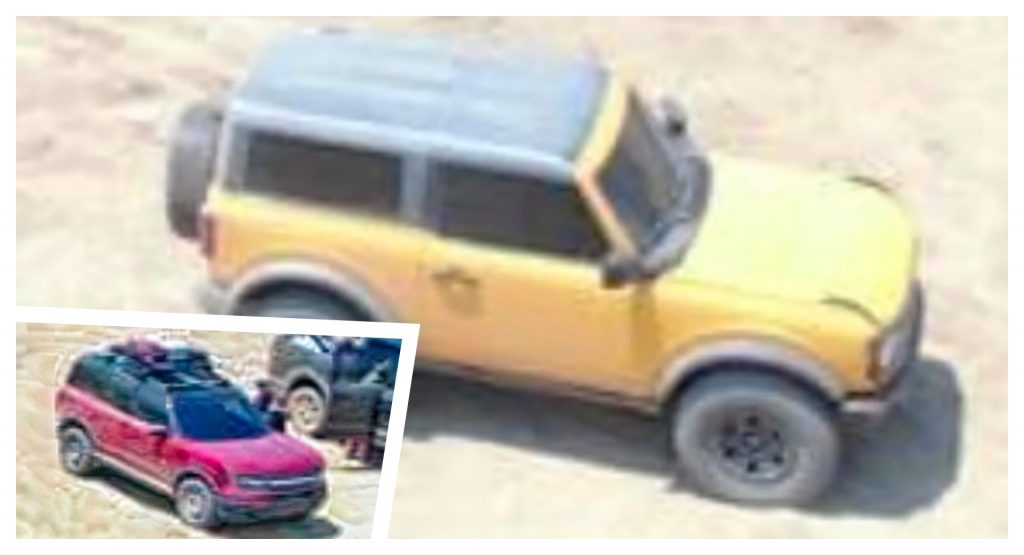 A new photo has surfaced that exposes both new Broncos in all their all-terrain glory. Posted by a member of the Bronco6G forum, the drone image shows a 2021 Ford Bronco 2-door and 2021 Bronco Sport completely uncovered.

The photo is significant because it marks the first time a pre-production 2-door Bronco has been spotted wearing no disguise whatsoever. We can also spot a Chevrolet Colorado ZR2 and a Ford F-150 alongside the two Broncos but, in all likelihood, the pickup trucks were not there for benchmarking purposes. 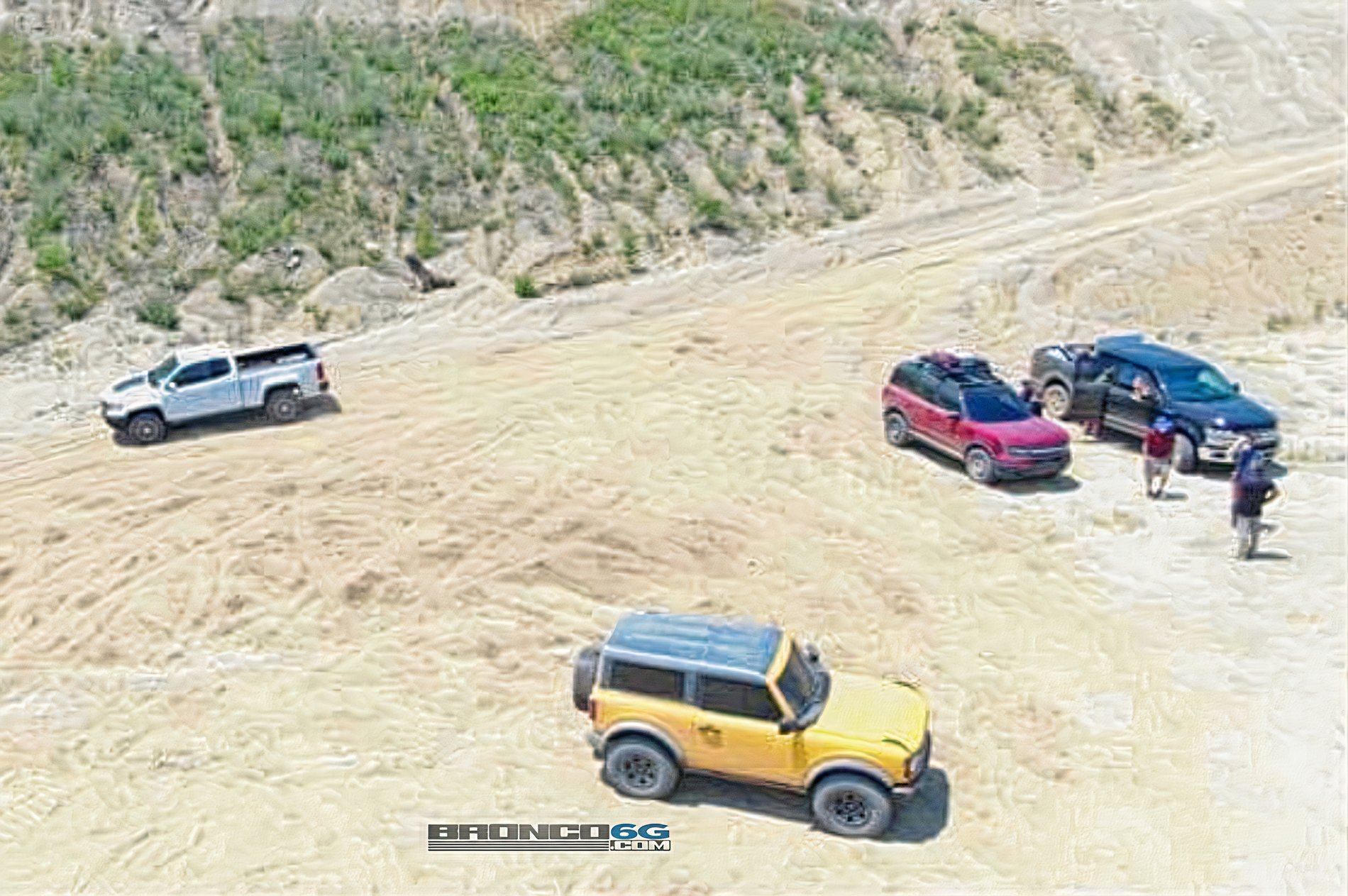 A Ford employee offered some insight by posting this commentary on the forum thread: “They must be filming something for the reveal. Non-camouflaged vehicles would never be used for development testing before the reveal. Someone must have snuck a drone over the filming site. Those Broncos are definitely the real deal.”

You may ask why the image quality is so poor and it may be because the drone was shooting a video at the time with a wide angle lens and the photo is a still image from that footage. 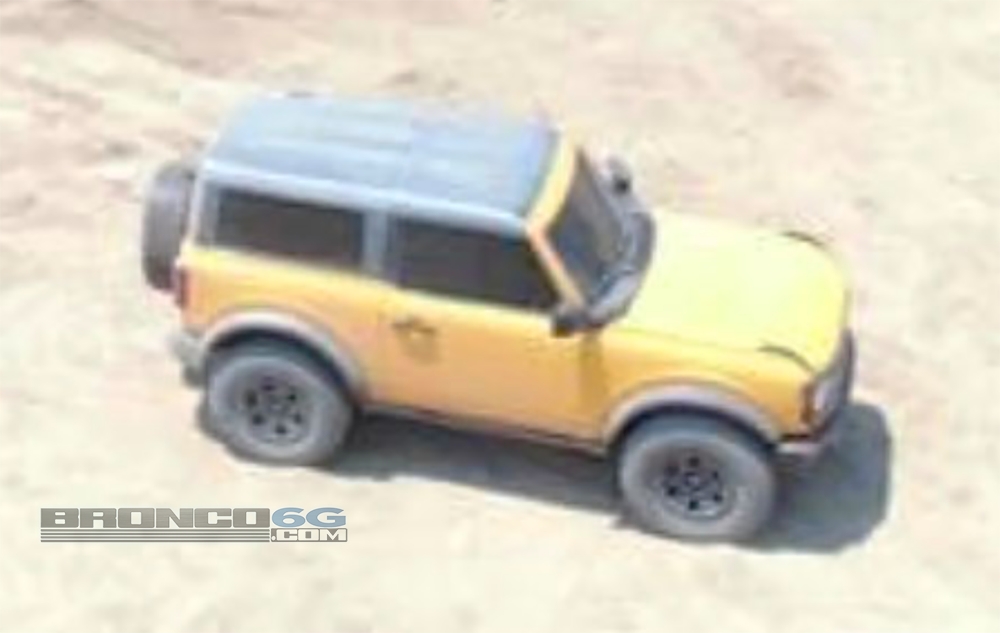 Anyway, the 2-door Bronco looks really promising thanks to the rugged proportions, massive off-road wheels and tires filling the arches nicely, and a dual-tone body featuring what looks like Cyber Orange and black. The upright windscreen, tailgate-mounted spare wheel and the generous ground clearance add to the 2021 Bronco’s charm.

As for the 2021 Bronco Sport, it looks consistent with previous spy photos and sports a two-tone livery too. The optional roof rack makes it look adventurous, though the Escape-based SUV can’t really compare with the full-size Bronco in that respect. Ford will officially unveil the 2021 Bronco on July 13 and there’s a good chance the 2021 Bronco Sport will also debut on the same day.