Watch A 2020 oyota Supra Go Rallying Through A Forest 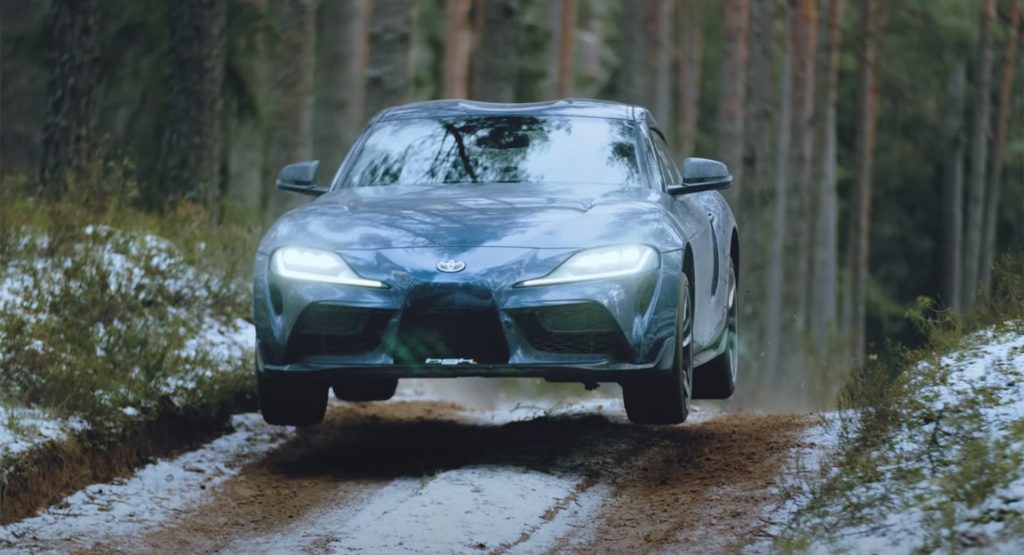 If you’re the type of person that hates seeing new and expensive sports cars driven hard in less than ideal conditions, then this video probably isn’t for you. However, if you’re a fan of the 2020 Toyota Supra and want to see what it is capable of when driven through snow and dirt, this video will certainly get your heart pumping.

In order to put the car to the test, YouTuber channel robyworks took a dark blue Supra along a thin gravel road in the middle of a forest and didn’t hold back. In fact, despite much of the side-road being covered in snow, the driver effortlessly drifts around corners and comes within feet of slamming into trees at high speed.

As if that wasn’t enough, he also jumps the Japanese/German sports car over a series of humps with little regard to how dirty the paint of the car gets.

Watch Also: 2021 Toyota Supra Is More About The Handling Than The Extra Power

Interestingly, the clip ends by showing the Supra rolling into a workshop, having its brakes and engine removed, before appearing to have part of the engine bay cut. While it remains to be seen just what the future of this particular Supra holds, it seems as though it may be about to receive a powerful new heart, as well as a host of other upgrades.

While watching this high-paced clip, we couldn’t help but think how awesome it would have been if Toyota designed the Supra to compete in the World Rally Championship as it looks to perform quite well along slippery surfaces.

2020-06-22
Previous Post: Does BMW’s Bucktooth Grille Work Better On The 2021 4-Series Gran Coupe?
Next Post: Life-Size Lego Ducati Panigale V4 R Is All You Could Want And More