Get Ready For The Zombie Apocalypse With This Crazed Toyota Tundra 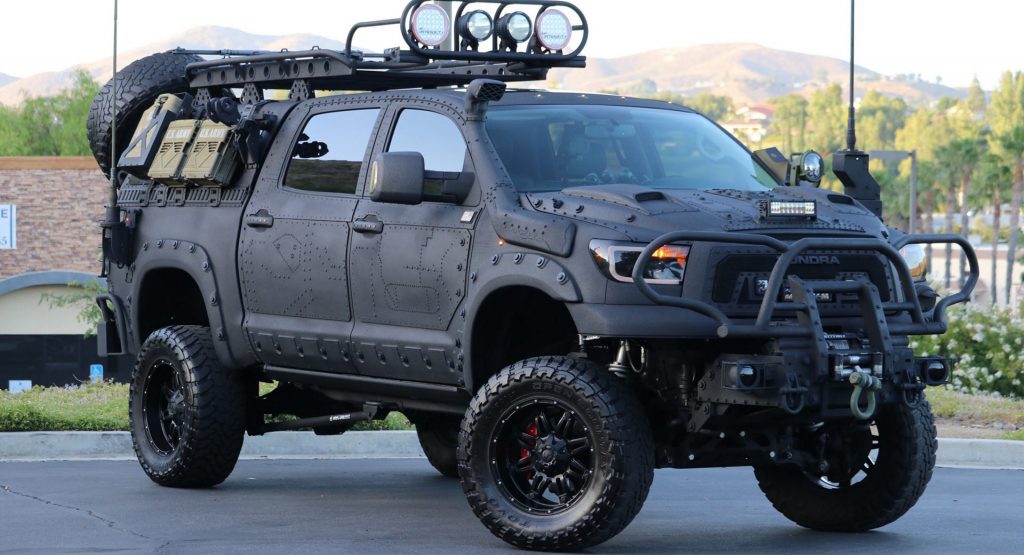 If you’re on the hunt for a modified off-roader that could deal with the most treacherous conditions imaginable and survive a zombie apocalypse, this is it.

What you’re looking at is a 2013 Toyota Tundra CrewMax that was delivered new with the TRD Off-Road Package and has just under 48,000 miles (77,248 km) under its belt. The previous owner has spent thousands and thousands of dollars upgrading it.

Read Also: 2022 Toyota Tundra – Design, Powertrains & Everything Else We Know

First up, we have to talk about the exterior. The entire body is adorned in a matte black Line-X coating and includes Bushwacker fender flares, an ARB Safari snorkel, custom front and rear steel bumpers, Smittybilt X20 winch rated at 17,500 lbs, a custom roof rack with ladder, exterior storage, a roof-mounted jack, power-operated running boards, and taillight guards. There are also aftermarket LED headlights, large spotlights, and smoked LED taillights. 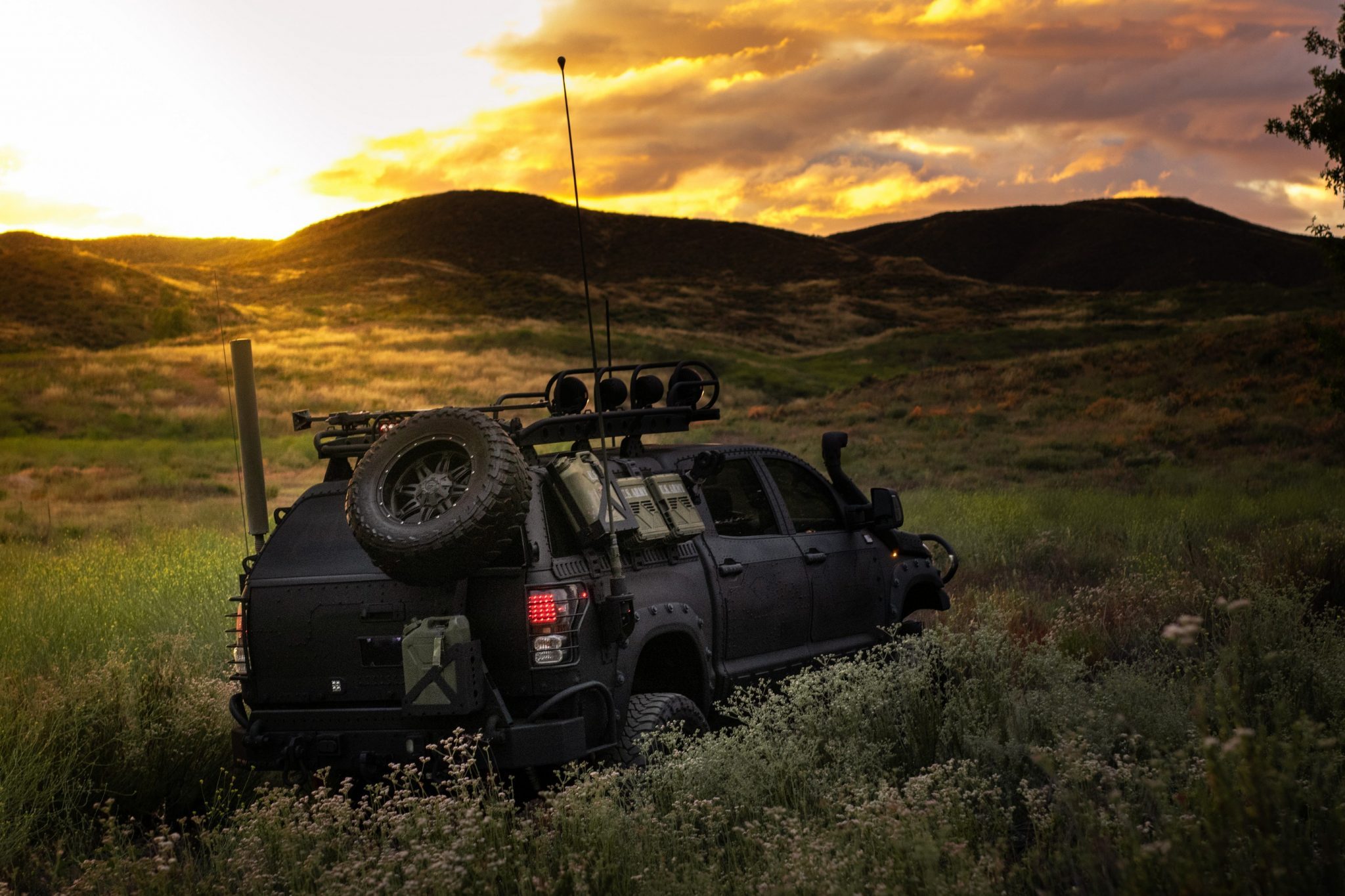 Elsewhere, the Tundra enjoys a 7-inch coilover lift with Fox Racing Shox remote-reservoir dampers in the front and adjustable units in the rear. Further damping is provided by Fox 2.0 Performance Series shocks mounted between the rear axle and the chassis. The body has also been lifted by 3-inches and there are BDS Suspension upper control arms, traction bars, a skid plate, rear-differential skid plate and Heim-joint sway bar links. A set of black 20-inch wheels with 37-inch Toyo Open Country M/T tires complete the off-road modifications.

The interior has been comprehensively upgraded to include a loudspeaker unit, dual console-mounted fire extinguishers, laser-etched console switches, auxiliary gauges and a tablet mount.

The Bring A Trailer auction has just a few hours left so you better be quick if you want to rule the road with this insane Tundra.