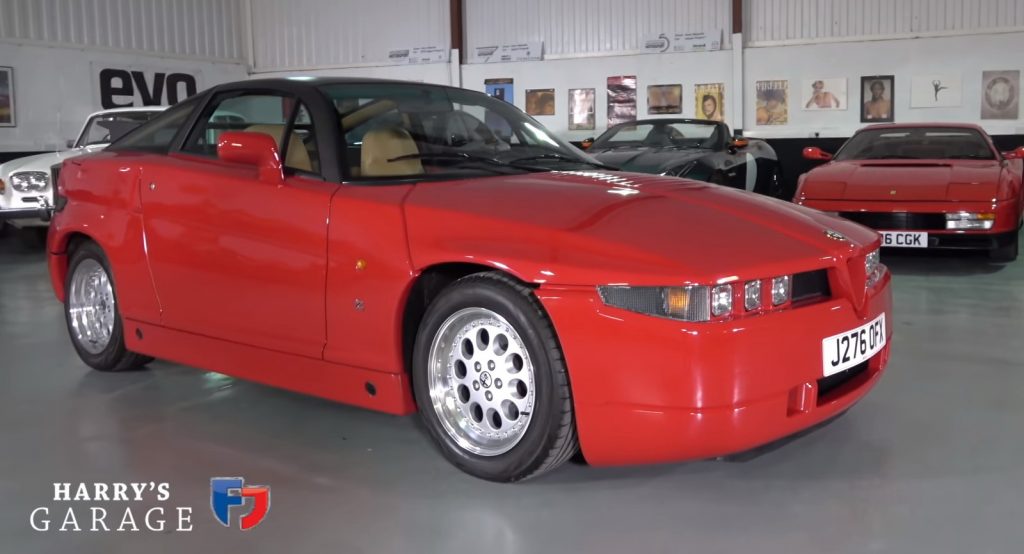 As soon as Alfa Romeo first presented the SZ, which stands for Sprint Zagato, as a concept at the 1987 Geneva Motor Show opinions were split on its blocky appearance with the weird flat sides. Nicknamed “Ill Monstro” (the Monster) it was, and still is, a very divisive sports car of the late 1980s.

Based on the underpinnings of the Alfa 75/Milano, the last rear-wheel-drive model Alfa offered before the current Giulia, the Sprint Zagato is powered by a naturally aspirated 3.0-liter V6 with around 210 HP paired to a five-speed manual transmission and a limited-slip differential.

The boxy bodywork used body panels made out of an unusual plastic composite material, while the suspension featured uniball joints from the 75 Group A/IMSA race car and special hydraulic Koni dampers, allowing the driver to alter the ground clearance with a push of a button.

Harry Metcalfe found a pristine, low-mileage example of the SZ, giving us the full tour and talking us through what it’s like to drive this limited-production special coupe on a winding UK B-road.

Alfa Romeo produced just over 1,000 examples of the SZ, in addition to 278 examples of the convertible RZ, so it’s fair to say that this is a rare car and one that’s been treated as a collectible from day one.

Whether you like the looks or not, the Alfa Romeo SZ is certainly a very fun car to drive fast as Metcalfe explains in his review. The combination of the 75’s balanced chassis with the buttoned-down suspension and that sonorous V6 was always going to produce a very exciting car, and the SZ delivers the goods.

2020-06-28
Previous Post: TVR Tries To Raise Over $30 Million To Put The Griffith Into Production
Next Post: BMW 3-Series Driver Filmed Sitting On The Window While Cruising On The Highway!