Yamaha OX-2020 Study Would Make For An Innovative Supercar 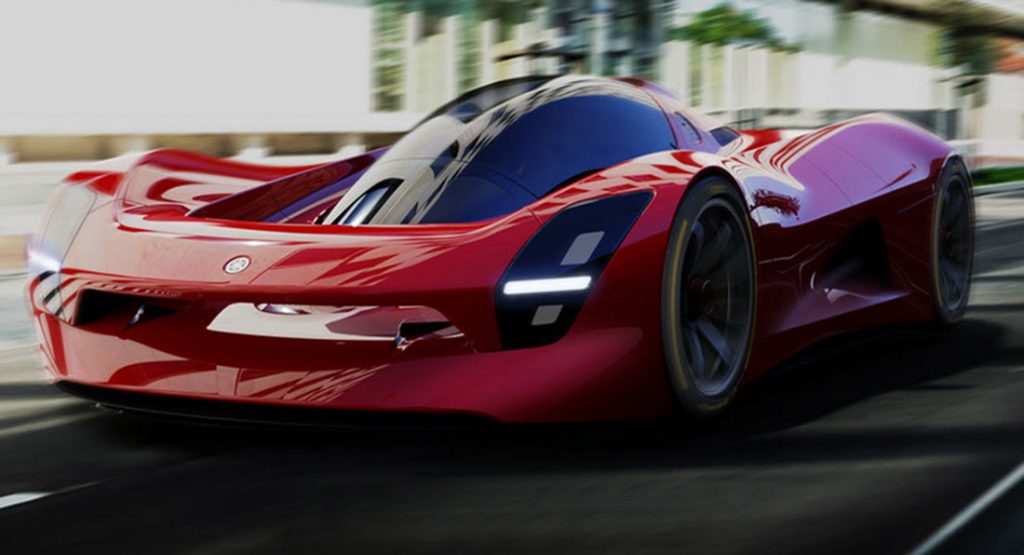 At the time, the Japanese company, best known for its motorcycles, was a Formula 1 engine supplier and decided to use one of its F1 engines in a road car. It partnered with English engineering consultancy IAD to make the car a reality, and the OX99-11 V12 was born with a 3.5-liter V12 producing 400 hp at a screaming 10,000 rpm and mated to a six-speed manual gearbox. The car also had a tandem seating layout but, unfortunately, it never reached production.

Fast forward to 2020 and designer Gaspere Conticelli has imagined what a modern successor to the stillborn supercar, fittingly dubbed the OX-2020, could look like.

Like one of the three OX99-11 V12 prototypes that were built, the OX-2020 is finished in red and has a very unusual design. The most obvious similarity between it and its predecessor is the split front bumper design that doubles as a wing for the front end, producing downforce and sticking the front tires to the tarmac.

As the OX-2020 has been imagined as a mid-engine sports car, the sides include large air intakes while there is also a prominent roof scoop. Of particular interest is the slim cockpit that appears to have the same tandem two-seater arrangement as the OX99-11 V12, while similarities between the two continue at the rear, with slim cooling vents on the engine cover and quad taillights.

Note: This is an independent illustration from Gaspere Conticelli and has not been officially endorsed by Yamaha.