Dialed Up To 11: Explore The History Of The Almighty Cadillac CTS-V 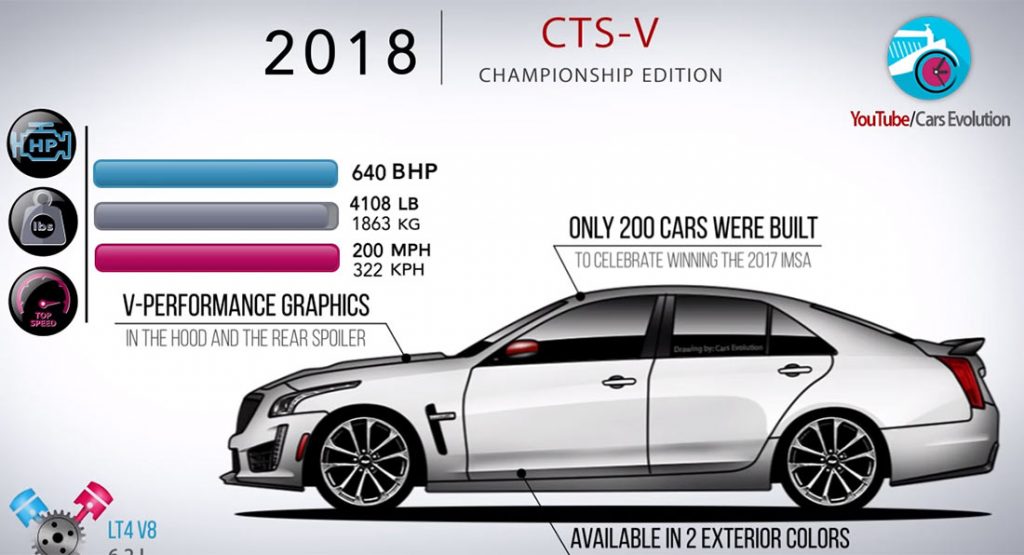 The Cadillac CTS-V was long one of the most insane performance cars to come out of the U.S. This video traces the evolution of the CTS-V and shows how it morphed from a pretty fast sedan into one with truly frightening levels of performance.

The CTS-V story starts out in 2004 with the introduction of the first-generation model. The car used the same LS6 5.7-liter naturally aspirated V8 as the Chevrolet Corvette Z06 of the day, making it good for 400 hp. It also came fitted from the factory with Brembo brakes and four-piston calipers up front and could hit 60 mph (96 km/h) in a very respectable 4.7 seconds.

In 2006, Cadillac updated the CTS-V with a larger LS2 6.0-liter V8 that also produced 400 hp but enjoyed some added torque and an upgraded rear differential. Three years later, Cadillac went wild with the latest-generation CTS-V and the car was all the better for it.

Gone was the naturally-aspirated V8 and in its place sat a 6.2-liter LSA V8 topped with a 1.9-liter supercharger churning out 556 hp and 551 lb-ft (747 Nm). This same year, the car could be optioned with a six-speed automatic in addition to the six-speed manual gearbox and would hit 60 mph in a claimed 4.1 seconds. In 2011, both Wagon and Coupe variations of the CTS-V were added to the range.

The third and final generation of the CTS-V was introduced in 2016 and came with a new 6.2-liter LT4 V8 with a 1.7-liter supercharger and no less than 640 hp and 630 lb-ft (854 Nm), figures which still exceed modern super sedans like the Mercedes-AMG E63 S and BMW M5 Competition.

While the CTS-V is no more, Cadillac will soon launch a spiritual successor to it in the form of the CT5-V Blackwing, which is expected to produce at least 650 hp.