Undisguised 2021 VW Tiguan Prototype Lets Us See All The Changes 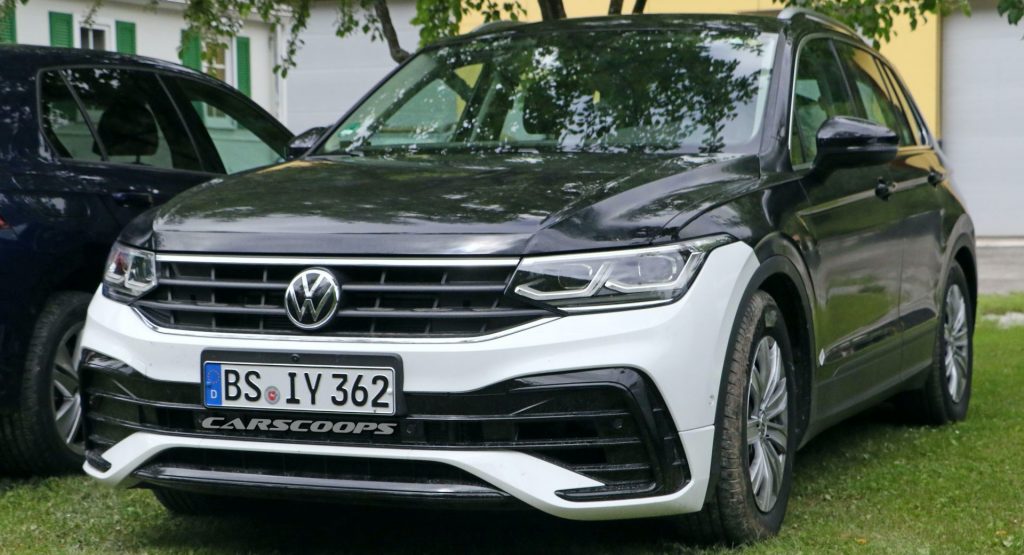 The VW Tiguan compact SUV will soon undergo a significant mid-cycle makeover and today we bring you the best preview yet of the changes we’re going to see.

Our photographers spotted an undisguised 2021 Tiguan prototype in Germany and snapped several shots. They reveal, among many things, a revised front end featuring new headlights with ‘eyebrows’ similar to the all-new Golf’s.

This particular prototype also features the optional IQ.Light LED matrix interactive headlamps. Furthermore, the grille is taller and wider, adopting the redesigned VW logo at its center. As for the front bumper, it appears overly sporty-looking for a base Tiguan, so it’s safe to assume we’re looking at the R-Line version. 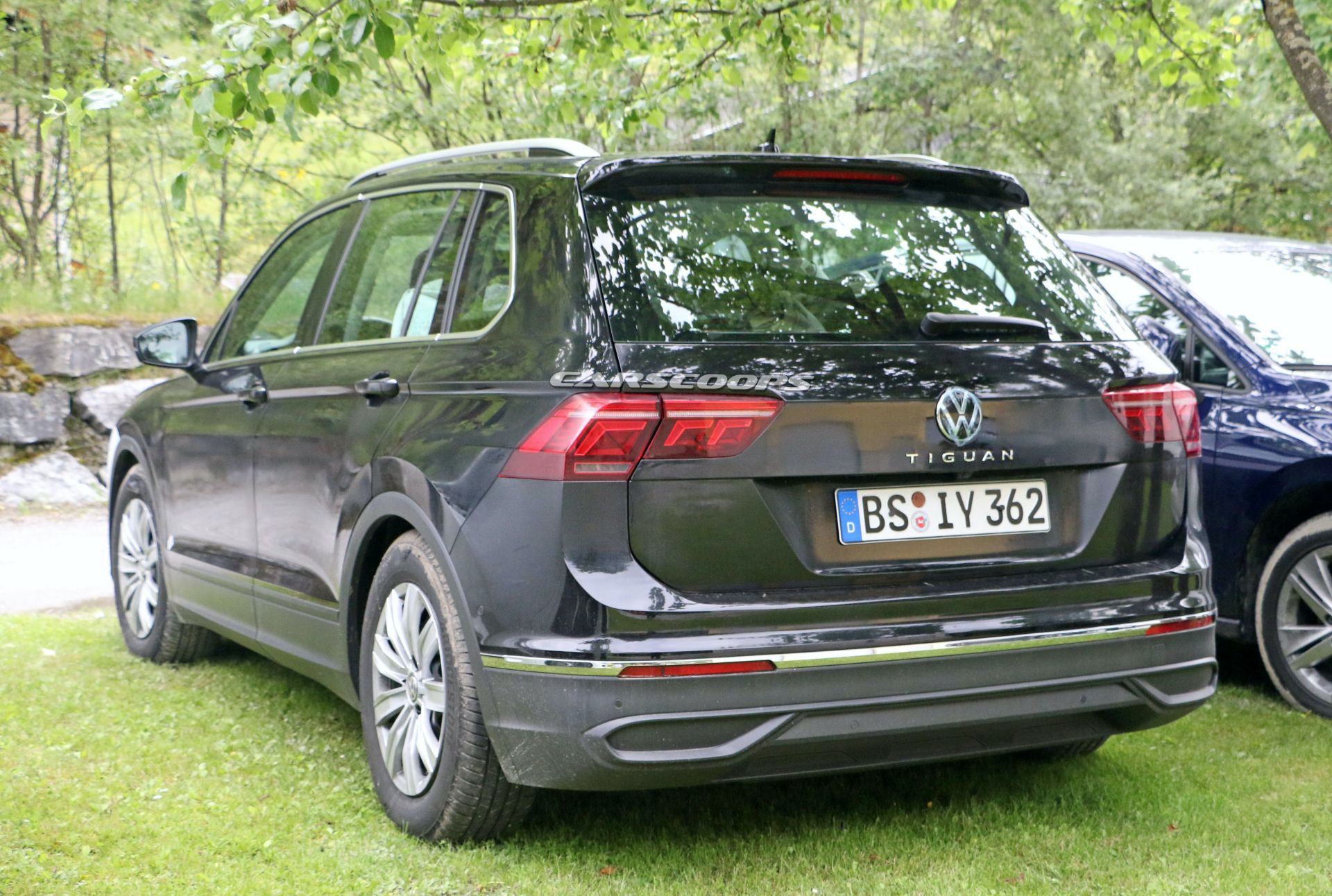 Curiously for a (supposed) Tiguan R-Line model, the prototype rides on steel wheels with plastic caps. Out back, the SUV looks very familiar, though the chunky bumper also makes us think of the R-Line exterior trim. We can only hope the bumper will feature cutouts for the exhaust trims in production guise. The taillights appear to retain their shape while adopting fresh LED graphics consisting of three boomerang-shaped elements on each side.

Inside, the changes are on the subtle side, as you would expect from a facelifted Volkswagen. The only updates we detected is the redesigned climate control area featuring touch-sensitive buttons and the new steering wheel, also sourced from the 2020 Golf. However, we do know that a new infotainment system with OTA updates will be introduced. 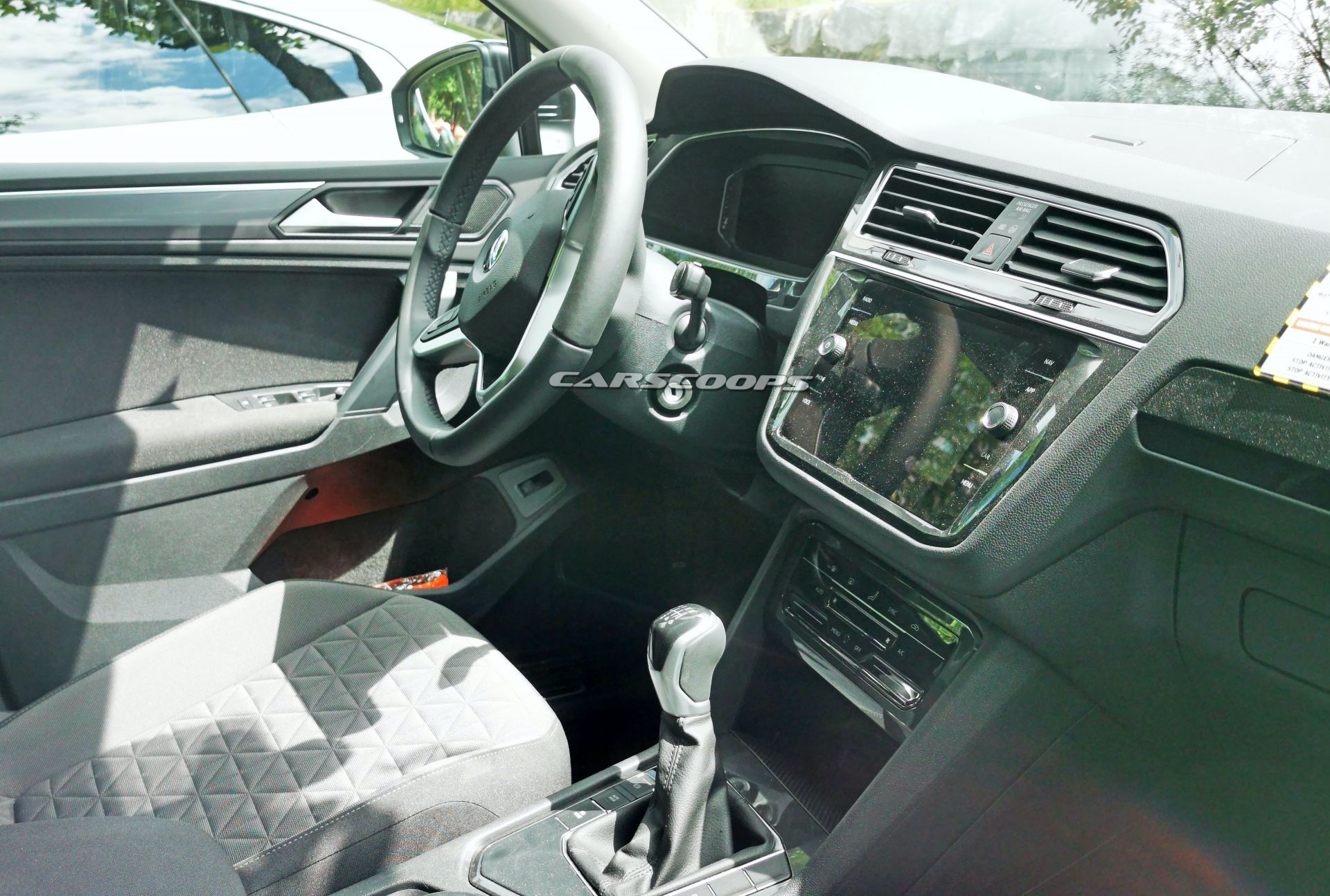 The facelifted Tiguan will debut soon with a plug-in hybrid powertrain in Europe, likely named Tiguan GTE. It could share its PHEV system with the new Golf GTE, which offers 245 PS (242 HP / 180 kW) and 400 Nm (295 lb-ft) of torque from a 1.4-liter turbo-four and an electric motor.

Expect most of VW’s regular turbocharged engines from the new Golf to be offered here as well, while the range-topping model will be a new Tiguan R, likely packing 320 PS (316 HP) from a 2.0-liter TSI hooked to a standard DSG transmission and 4Motion AWD.