While that seems to be going well, the folks there want to diversify and get into the complete car customization business. For that, they set up a new ‘NAP Exclusive’ product line whose slogan is “beyond performance exhaust”.

NAP Exclusive’s first project is based on the Dodge Challenger R/T Scat Pack Widebody, with the American muscle car undergoing a serious transformation both on the outside but especially on the inside. 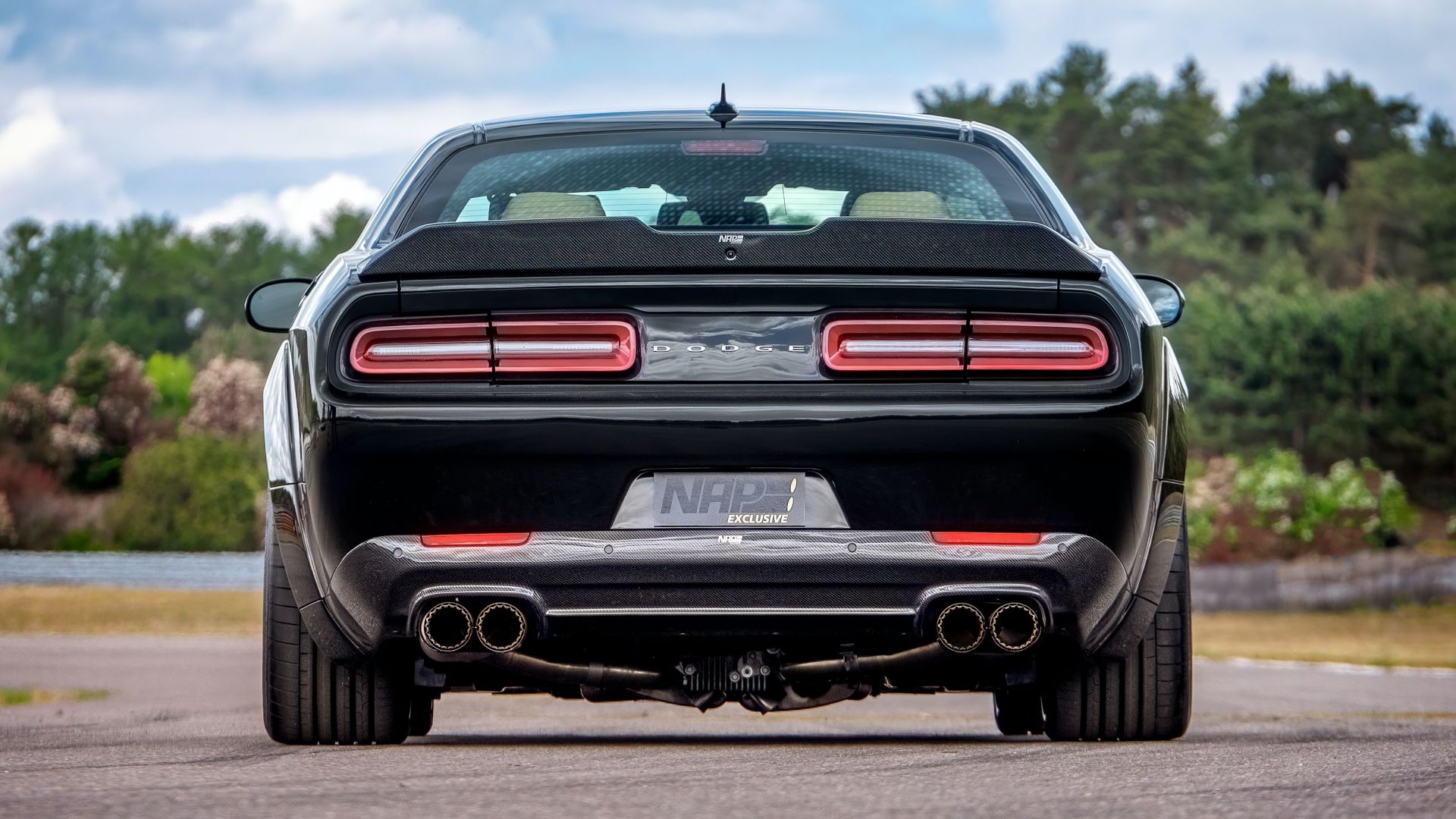 First, let’s talk about the exterior, which is adorned by silvery carbon exterior parts that add flair to the muscle car. Manufactured from lightweight fiber composite, the parts include a front spoiler that extends into the flared fenders, side skirts, a duck tail rear spoiler and a rear insert.

The latter features cutouts for the two double tailpipes of the NAP exhaust system which is styled to remind of jet engines and comes with electronic valve control. Depending on the driver’s personal taste and the surroundings, the 5.7-liter HEMI V8 can either emit a very discrete sound or blast out a thunderous roar. 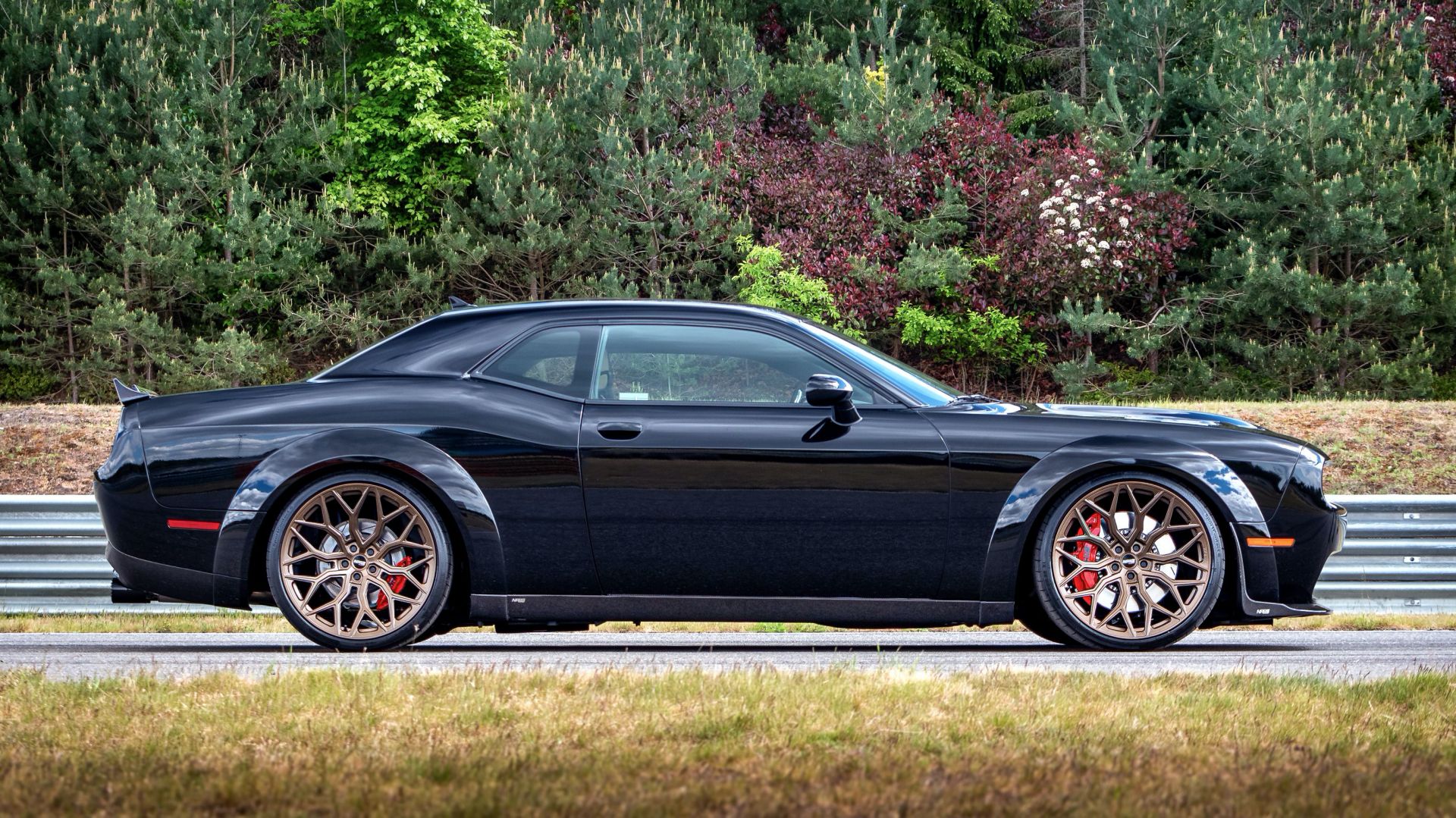 The exterior treatment is rounded out by 22-inch Y-spoke HF2 wheels developed together with Vossen. The wheels feature a bronze finish and are manufactured using the flow forming method. On the Challenger, they are shod in Continental Sport Contact 6 rubber in an impressive size: 305/25R22. The red brake calipers with NAP logo provide a nice contrast to the rims.

Nevertheless, despite the massive wheels, NAP Exclusive still found room in the wheel wells to lower the chassis by 40 mm (1.6 in) using a coil-over suspension. 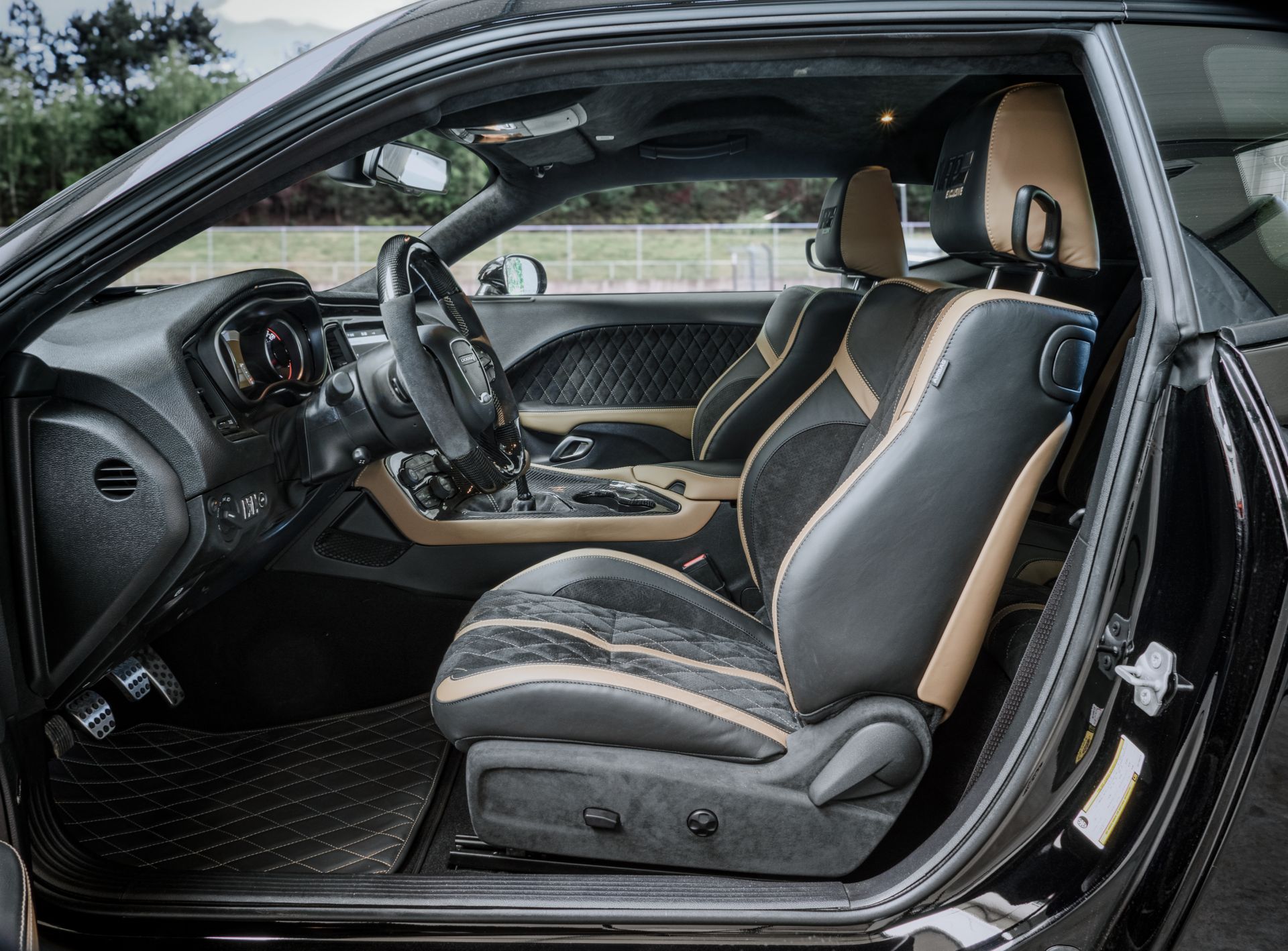 And so we arrive at the interior, which some could describe as the car’s party piece. The cabin is bathed in beige Nappa leather, dark grey Alcantara, and lots of carbon fiber trim for a more luxurious and sporty ambience. The seats also feature a quilted pattern and white stitching, with specially made floor mats and an Alcantara headliner providing the finishing touches.

2020-07-02
Previous Post: 2021 Porsche 911 Turbo S Is Still The Ultimate Subtle Super Car
Next Post: Did You Know Ferrari Once Built A Supercharged Three-Cylinder?