Oh, Yeah, The 2000 Lamborghini Diablo GT Is One Raging Bull

An exceptionally rare Lamborghini Diablo GT is currently up for sale in the UK.

The Italian car manufacturer introduced the Diablo GT back in 1998 as a track-oriented version of its iconic mid-engined supercar. Each Diablo GT to leave the factory sported a distinctive bodywork and, all up, just 80 examples were built exclusively for the European market.

This example, currently for sale from Bob Forstner, is one of just four to have been delivered new to the UK, making it a seriously rare beast. It has 42,500 km (26,408 miles) on the clock and while its asking price hasn’t been made public, it will certainly sell for a pretty penny.

Read Also: Have Any Empty Wall? Stick This Lamborghini Diablo VT On It 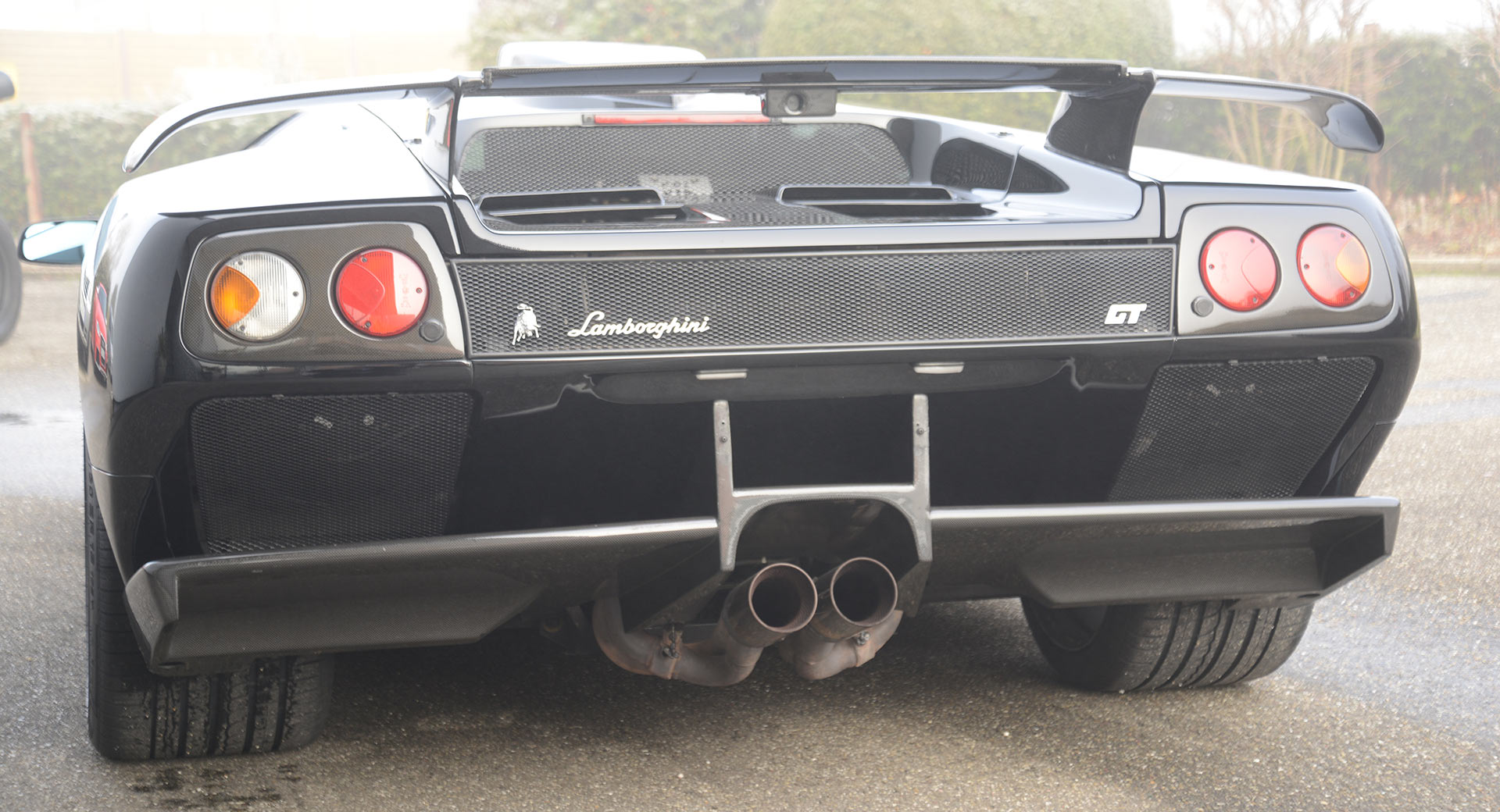 Exterior changes made to the Diablo GT include a carbon fiber hood with a large air outlet and NACA-style ducts on the front fenders while at the rear the car’s standard bumper and taillights were removed for a dramatic carbon fiber diffuser and a pair of centrally-exiting exhaust pipes. The car also sits on custom 3-piece OZ Racing wheels.

Under the skin, Lamborghini’s engineers fettled the naturally aspirated V12, increasing displacement to 6.0 liters and giving the car a total of 575 hp and 465 lb-ft (630 Nm), significant gains over the 529 hp and 446 lb-ft (605 Nm) offered up by earlier Diablo variants. Coupled to this upgraded engine was a five-speed manual transmission driving the rear wheels exclusively, unlike most other, all-wheel drive versions of the Diablo.

This particular example is reportedly one of just 2 units finished in this shade of non-metallic black, has only ever had one owner from new and comes with a complete service history.

2020-07-02
Previous Post: Did You Know Ferrari Once Built A Supercharged Three-Cylinder?
Next Post: Lincoln Is Killing The Continental, Its Last Car