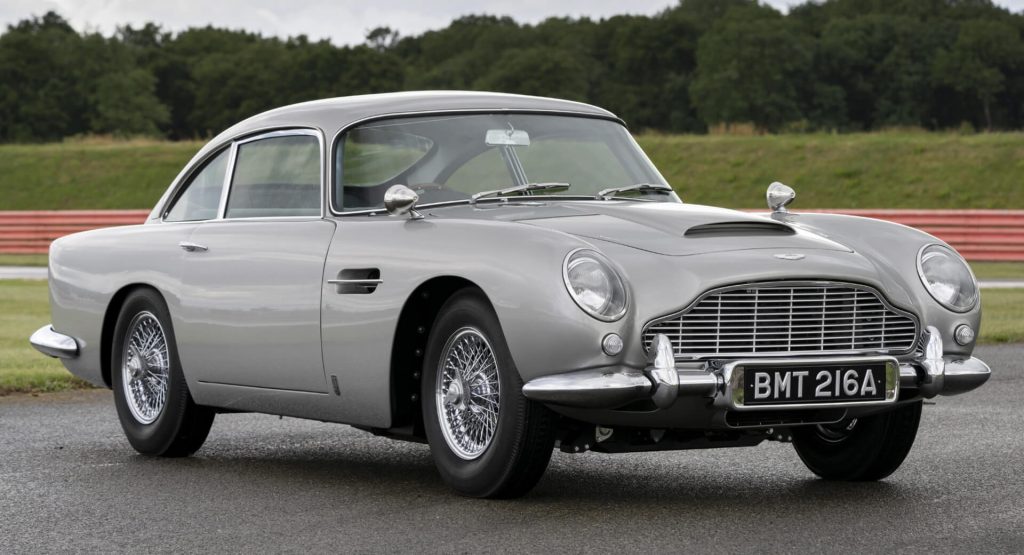 Aston Martin has completed the assembly of the first DB5 Goldfinger Continuation, as car #1 rolled off the assembly line last week.

Dubbed the ‘Job 1’, it’s part of a limited-production run that includes only 25 units, each one priced at a steep £2.75 million ($3.43 million) in the United Kingdom.  Staying true to the original DB5 seen on screen in the hands of James Bond in the 1964 movie ‘Goldfinger’, the model is only available in a Silver Birch paint finish over the aluminum exterior body panels.

Built on a mild-steel chassis, the continuation car is powered by a 4.0-liter naturally aspirated inline-six, with three carburetors, that pumps out 290 brake horsepower. 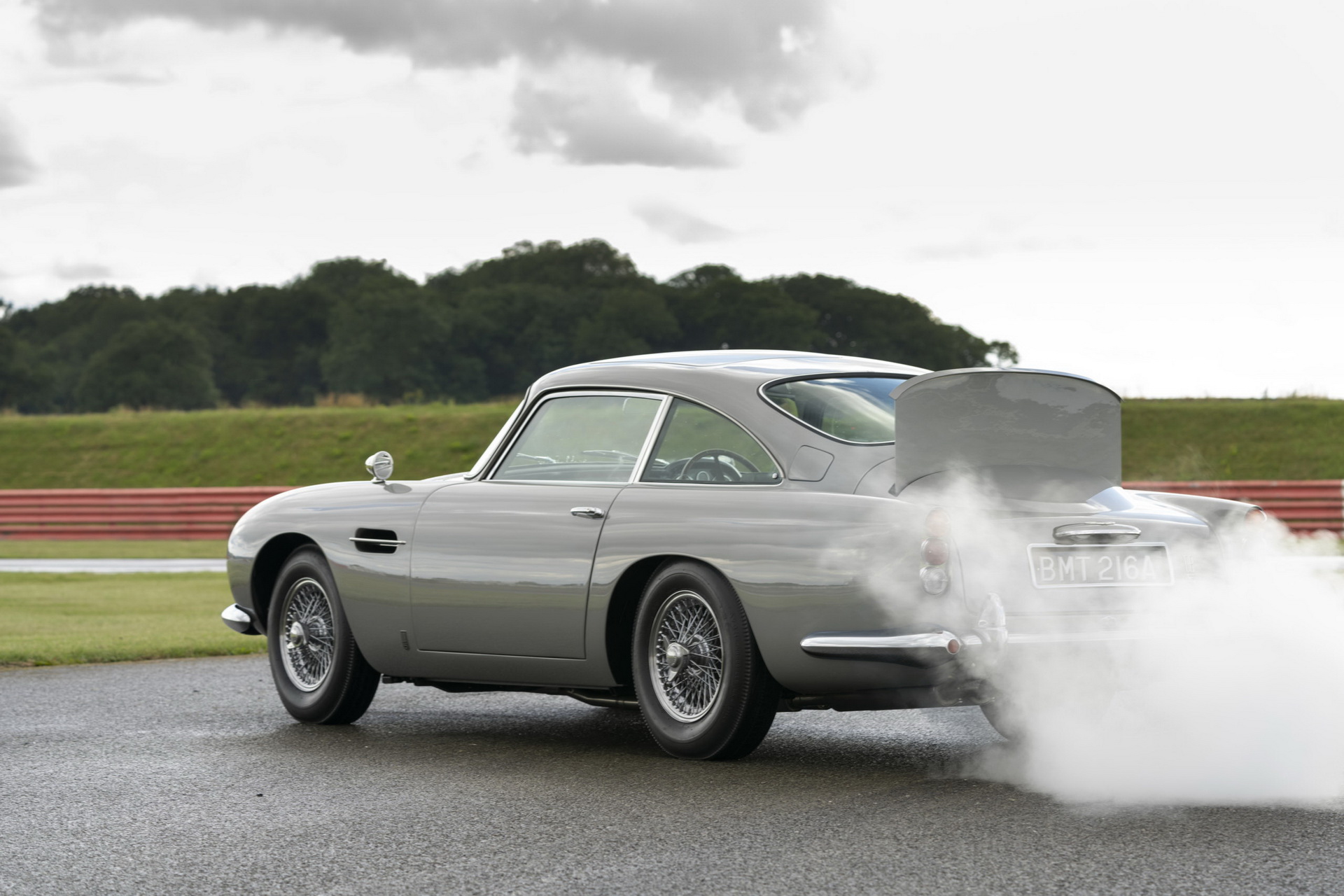 The mill is mated to a ZF-supplied five-speed manual transmission with a mechanical limited-slip differential. All cars feature steel disc brakes, rack and pinion steering, coil-over springs, and dampers with anti-roll bar at the front and live axle rear suspension with radius arms and Watt’s linkage.

“The DB5 is, without question, the most famous car in the world by virtue of its 50-plus year association with James Bond”, said Aston Martin Lagonda CCO, Marek Reichman. “To see the first customer car finished, and realize that this is the first new DB5 we have built in more than half a century, really is quite a moment.” 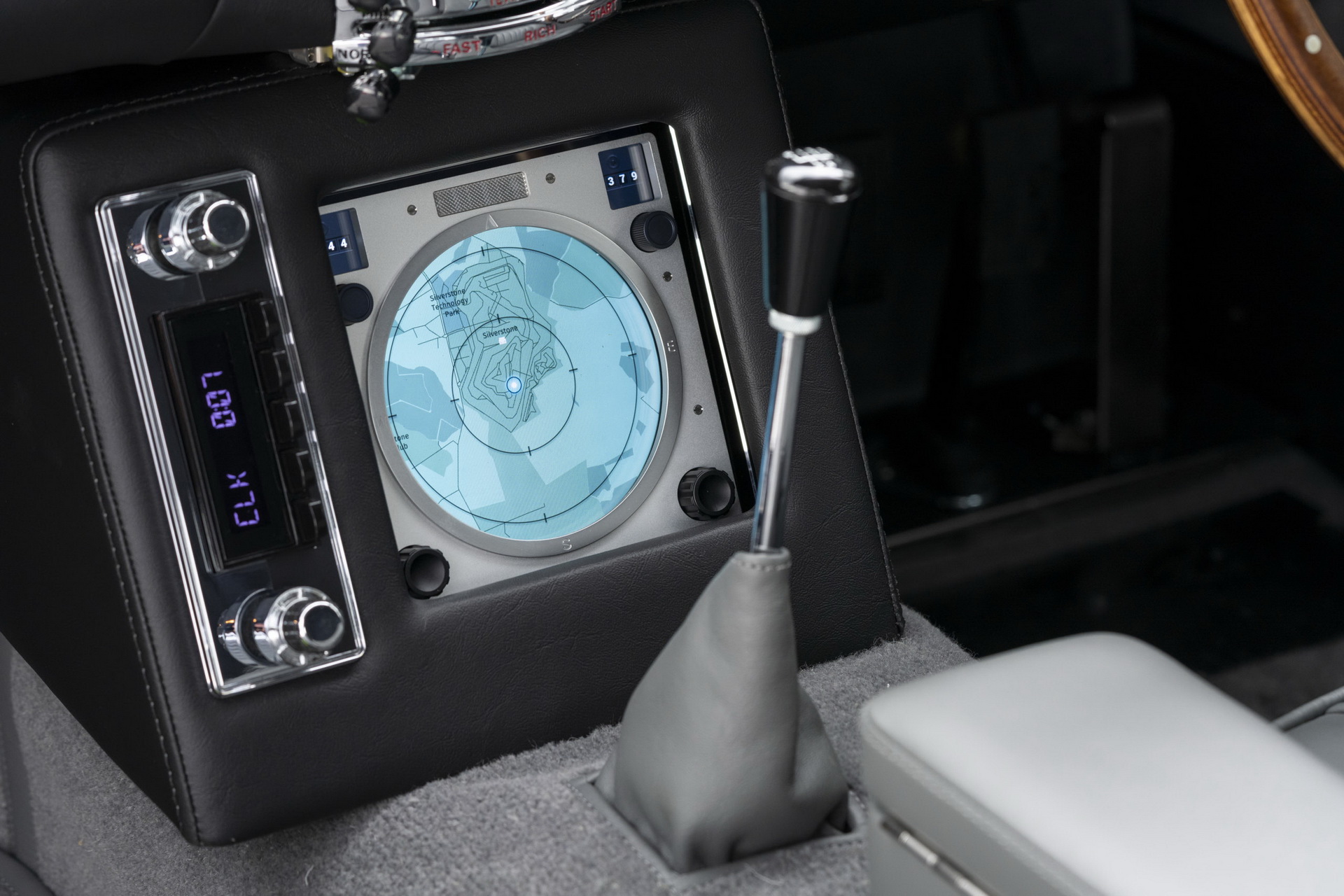 Inside, owners will enjoy the gear knob actuator buttons, remote control for gadget activation, under-seat hidden weapon/storage tray, simulated radar screen and telephone installed in the driver’s door, as well as a removable passenger seat roof panel, which is optional.

Production of the rest of the batch will continue throughout the second half of the year, and deliveries have already commenced. We will remind you that each of the 25 examples takes 4,500 hours to come to life, or 187.5 continuous days.