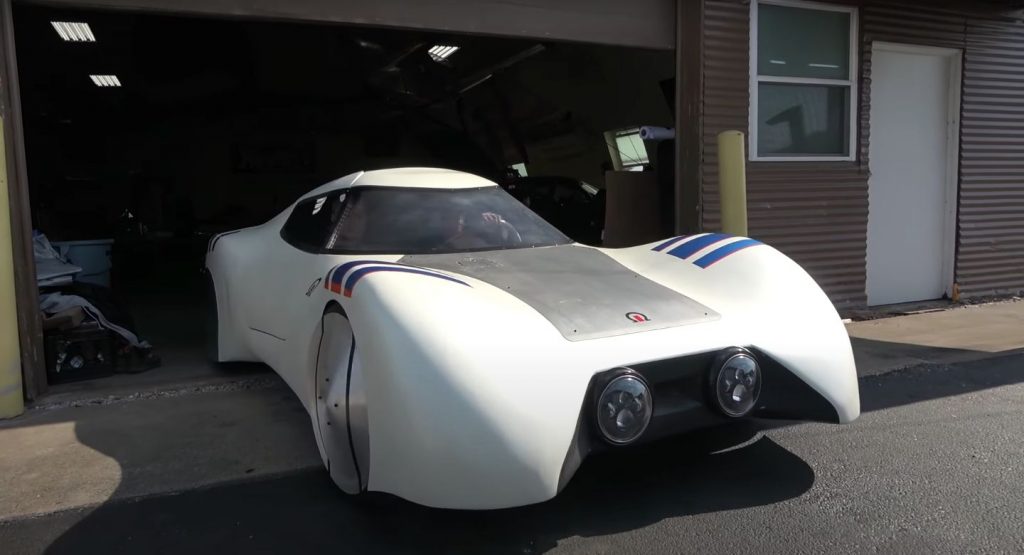 Let us introduce you to Casey Putsch, a man who describes himself as an automotive designer, engineer, philanthropist, craftsman, artist, and racing driver. In short, a “modern day renaissance man” – his words, not ours.

The man is always working on challenging projects at the Genius Garage and the latest one to catch our eyes is the Omega Car, a highly efficient, aerodynamic and recyclable concept car built from scratch to achieve more than 100 mpg (2.35 lt/100 km).

While it wouldn’t be the first car to be this economical (the Volkswagen XL1 was good for 260 mpg or 0.9 lt/100 km), the Omega Car is also designed to go fast – more particularly, Dodge Viper fast. Yes, Casey hopes the Omega Car will out accelerate his 1997 Viper GTS, achieving 0-60 mph (0-96 km/h) in less than four seconds.

Besides being extremely economical and fast, the Omega Car has been designed to be sustainably manufactured with less environmental impact by using experimental materials. According to Casey and his crew formed of students, once testing is baselined they will tune the car for minimum emissions and get all the systems ready for tuning and achieving performance figures.

For now, the team has shared videos in which we can see the Omega Car in detail, including footage of it being driven on public roads. Sure, its VW Beetle-sourced 2.0-liter TDI diesel engine doesn’t sound as good as the Viper’s V10, but the Omega Car seems to accelerate pretty quickly and is also capable of burnouts – take that, VW XL1!

After everything is sorted out, the builders will release the Omega Car’s final specs and Putsch will take it on a tour of the United States. Check out the videos to learn more about this remarkable prototype which has been sculpted and built from the ground up completely by hand in a workshop.

2020-07-08
Previous Post: No Harley for Mona Lisa. She prefers to ride a Ducati
Next Post: 2021 Ford Bronco and Ford Bronco Sport Form Sub-Brand