Nissan may have made significant updates to the 2020 Frontier midsize pickup but the truth is the second-generation model has been on borrowed time for many years now.

Thankfully, an all-new model is on the way and today we bring you the first look at a 2021 Nissan Frontier test prototype featuring the final production body. Sure, it’s completely covered in camouflage as you would expect, but the bodywork appears to be the real deal.

Spotted somewhere in the United States, the 2021 Frontier looks a bit more modern than the outgoing model, boasting an angular, square-hipped shape, a higher-set hood and more upright front end. 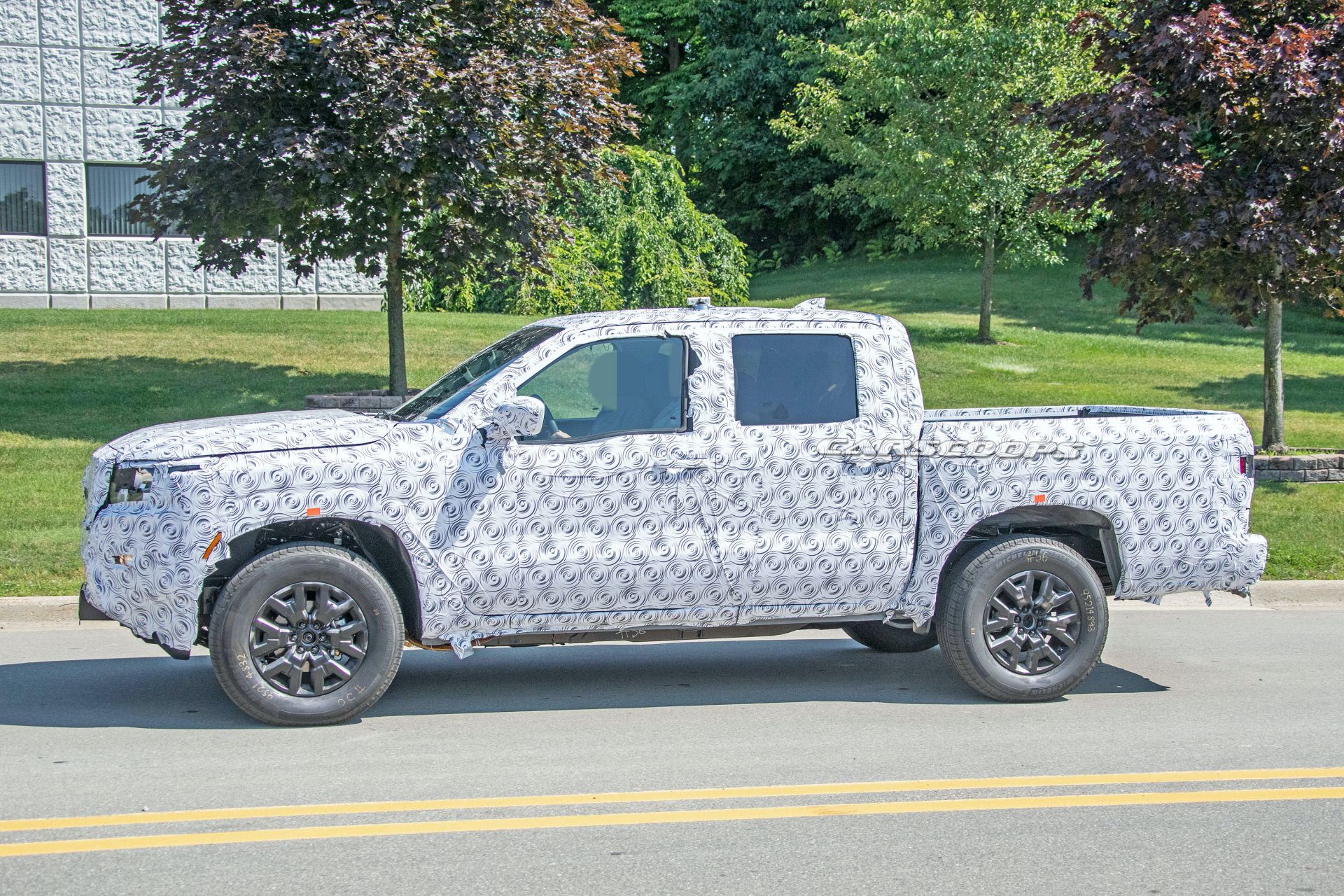 We can also see more details of the surface development applied to the new Frontier’s design. This particular prototype doesn’t feature the distinctive LED headlight signature teased in Nissan’s video back in May, so we can assume it’s a lower-trim, work model featuring non-LED headlights. Out back, the vertical taillights are partially camouflaged so we can’t tell whether they feature LEDs or not.

We already know what’s under the hood, as Nissan has confirmed a new 3.8-liter V6 engine for the all-new Frontier. Rated at 310 HP and 281 lb-ft (381 Nm) of torque, the new power plant is mated to an equally new nine-speed automatic transmission. The gearbox replaces both the five-speed auto and five-speed manual units available in the current Frontier. 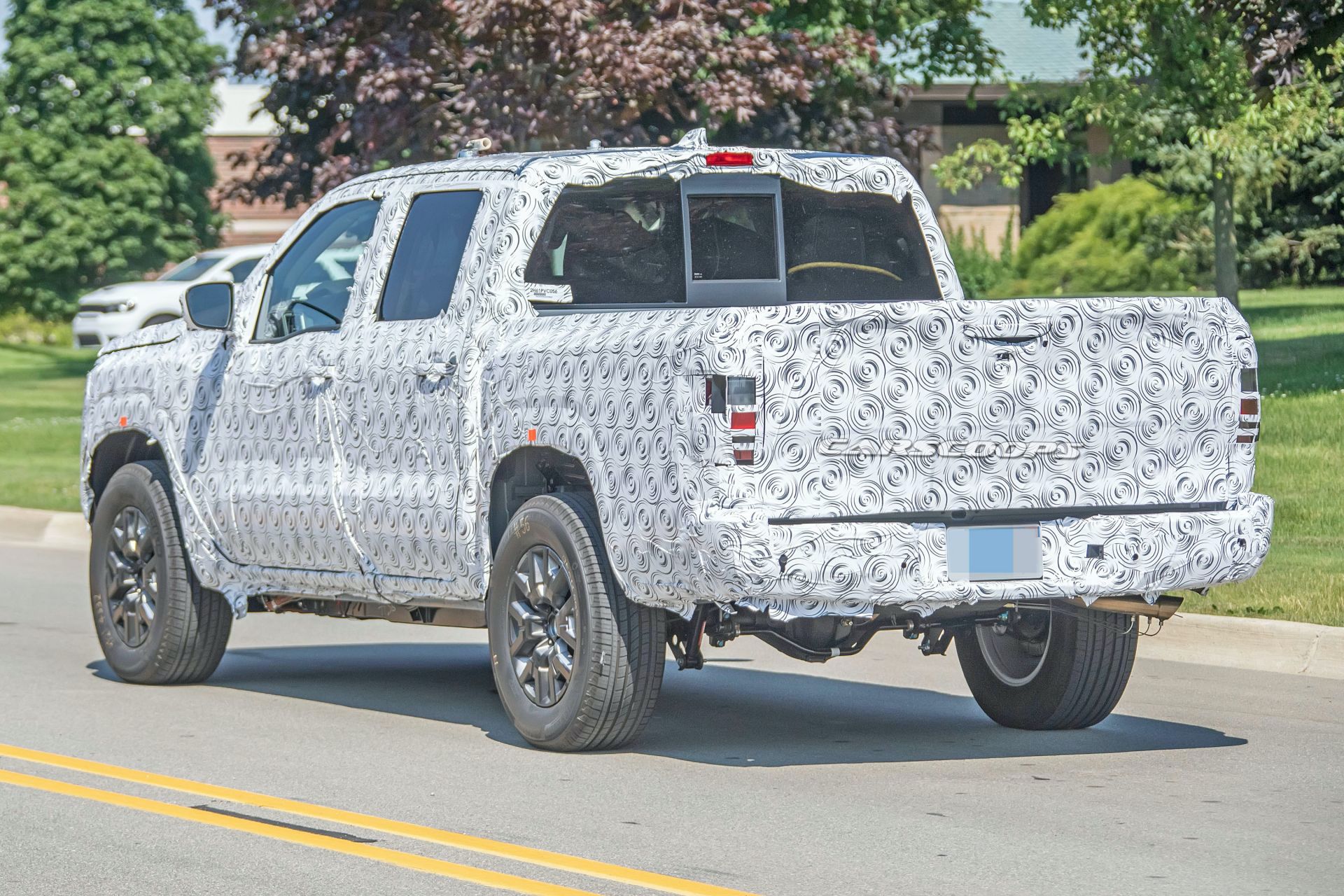 Rear-wheel drive will be standard while an all-wheel-drive system with an electronically controlled transfer case will be optional. Nissan has promised “improved fuel economy and emissions performance” for the new powertrain but has yet to release numbers. The automaker has also announced that the new Frontier will offer similar levels of comfort and refinement as its U.S. rivals, even going as far as not ruling out a performance-oriented model.

The unveiling of the next-generation Nissan Frontier was originally expected late this year as a 2021 model, with the first deliveries following in February 2021. It remains to be seen if the coronavirus pandemic and its effects on the auto industry will delay the new Frontier and have Nissan launch it a 2022 model.