McLaren Senna Unleashed On The Nurburgring And Boy Is It Fast 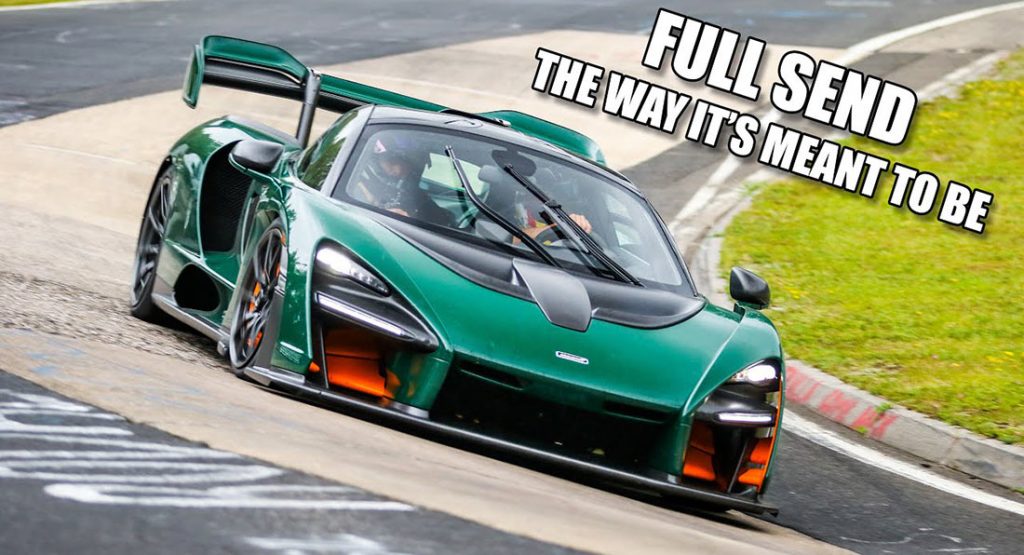 Compared to some of its rivals, such as Lamborghini and Porsche, McLaren has never really been all that interested in chasing production car lap records at the Nurburgring. However, the owner of one McLaren Senna recently decided to see what the track-focused hypercar could do on the infamous circuit.

YouTuber Misha Charoudin is usually used to driving cars fast around ‘Green Hell’, but in his latest video, jumped into the passenger seat of the eye-catching Senna finished in green and let someone else do the driving. While there was a little bit of rain on the circuit, the driver was not afraid to show off just what this beast is capable of.

Charoudin notes in the video that the car is rolling on a set of Pirelli Trofeo R tires and even on a damp circuit, the huge amounts of downforce delivered by the Senna’s various wings and splitters provide it with huge levels of grip. The car can take long sweeping corners along the track at truly unbelievable speeds and accelerates out of corners with frightening pace. It is also capable of the type of braking that would make it feel like your eyes are about to pop out of your head.

While McLaren did test the Senna at the Nurburgring, it has never attempted a lap record in the car. Despite that, we have heard from experts who believe it could break the record currently held by the Lamborghini Aventador SVJ.

2020-07-09
Previous Post: Are Air Suspensions Worth It? Pros and Cons
Next Post: Jaguar Trademarks ‘EV-Type’, Could It Be For The F-Type’s Replacement?