Audi will finally launch a rival to the BMW X4 and Mercedes-Benz GLC Coupe with the first-ever Q5 Sportback.

Based on the same platform as the regular Q5, which has been facelifted for the 2021MY, it is pretty much the same save for the redesigned rear end and more arched roofline behind the B pillars.

We have already seen several prototypes out in the open that looked ready for production, hence our assumption that it could premiere before the year’s end. Nevertheless, these are no leaked images, but illustrations made by Kolesa, which are based on the latest iteration Q5 and follow the same styling, albeit with the aforementioned changes.

The production model will sport a different grille pattern, new taillight graphics, black trim in the rear bumper, cleaner-looking diffuser and hidden tailpipes, as previous spy shots have revealed. Other than that, everything else should mirror the Q5, including the interior design, trims, options and so on.

Note: These are independent renderings made by Kolesa that are in no way related to or endorsed by Audi 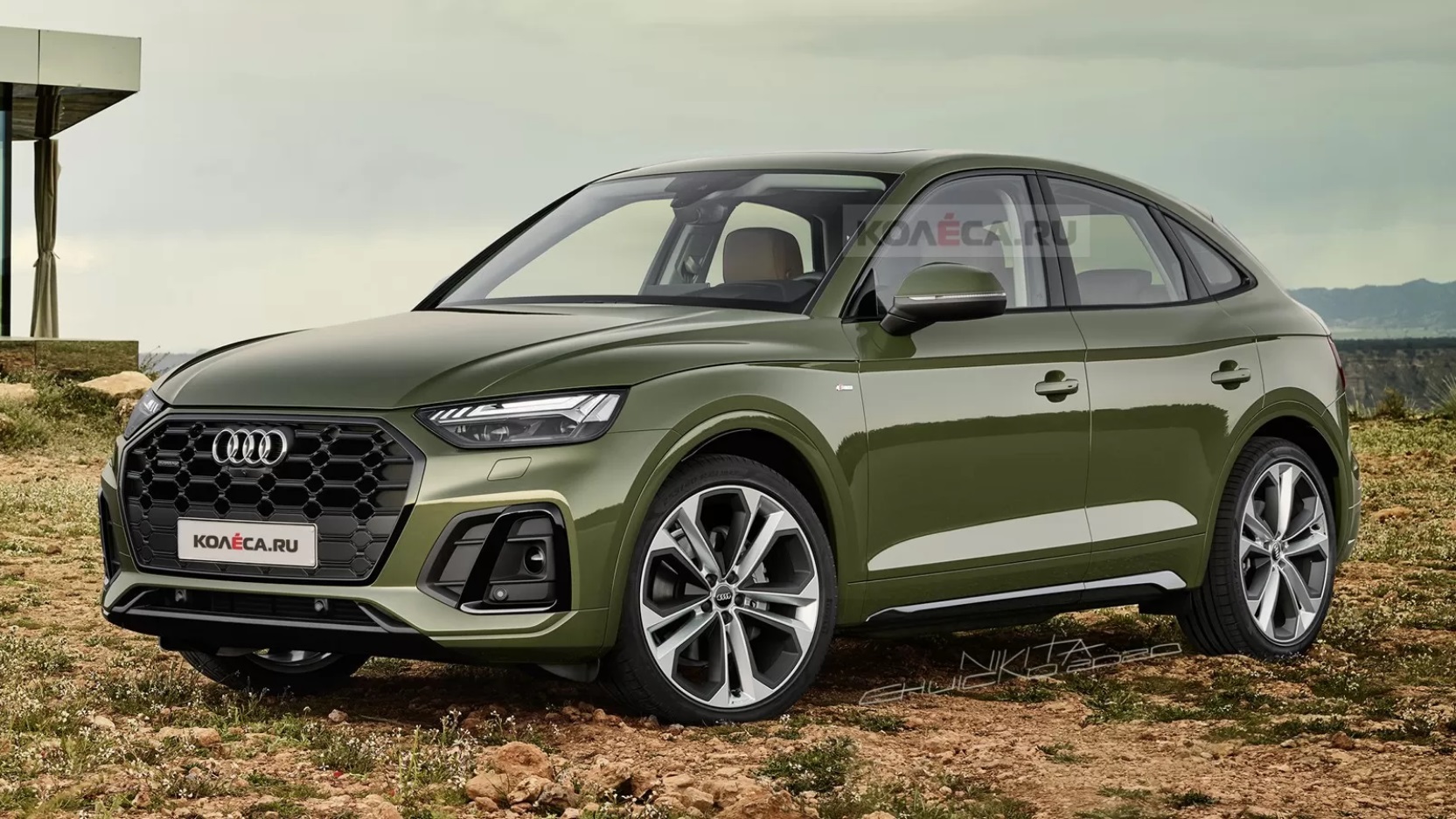