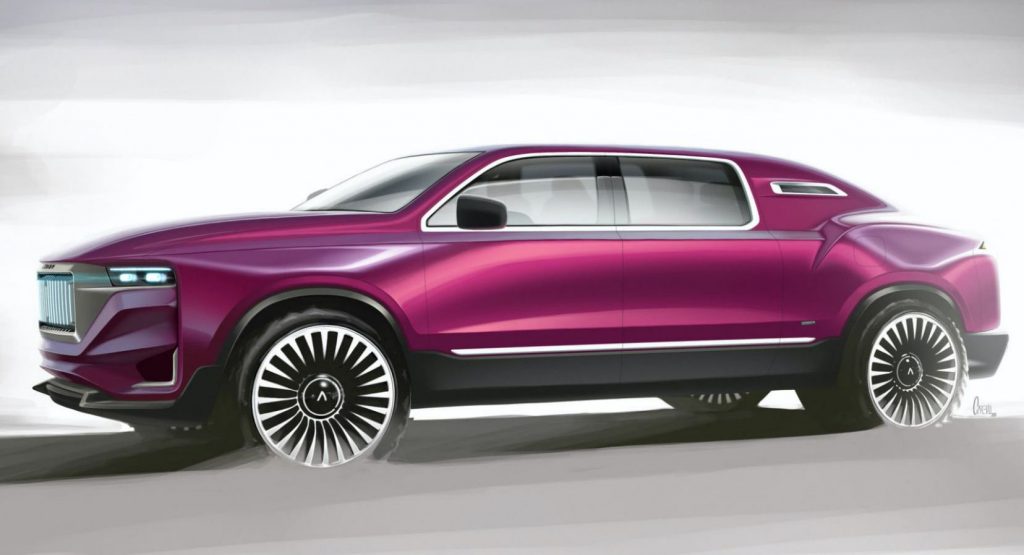 Italy’s Aznom Automotive and the Camal Studio have teamed as much as ship what seems to be to be one of the opulent and weird luxurious vehicles in a very long time.

It’s referred to as the Aznom Palladium and it’s described as “the unconventional all-terrain luxurious”. Measuring 6 meters (19.7 ft) in size, the Palladium is a cross between a brilliant luxurious sedan and an SUV, combining a three-volume bodywork with a beneficiant floor clearance.

The bodywork is alleged to be constructed utilizing methods from the previous, comparable to beating the metal panels by hand. So far as the styling is anxious, the Palladium incorporates a entrance finish that reminds of a Rolls-Royce due to the same grille and headlights. We don’t know whether or not or not it options suicide doorways as nicely, however the aspect view is arguably probably the most controversial.

See Additionally: Aznom Atulux Is A $263k Coachbuilt RAM That Doesn’t Know If It’s A Truck, SUV Or Sedan

That’s due to the large C-pillar that sits above what might very nicely be probably the most pronounced haunches we’ve ever seen. As for the rear, the Palladium options slim taillights spanning the whole width of the car, a sports activities car-like rear display screen and an enormous diffuser incorporating two squared-off exhausts.

In line with Aznom, there’s a twin-turbo engine (almost definitely a V8) underneath the hood producing 680 PS (671 HP). The corporate additionally says the Palladium is “2WD+4WD”, though it hasn’t offered particulars. As with some of Aznom’s past projects, this big SUV sedan is probably going primarily based on an current car, though its identification is anybody’s guess in the meanwhile.

All we all know is the mission began two years in the past and is presently within the remaining section of manufacturing, with the Aznom Palladium’s debut deliberate for September.

2020-07-11
Previous Post: Mattress Mogul’s Hispano Suiza Carmen Gets The Fux Fuchsia Treatment
Next Post: Is There a Future for the Dodge Car Brand at FCA-PSA?