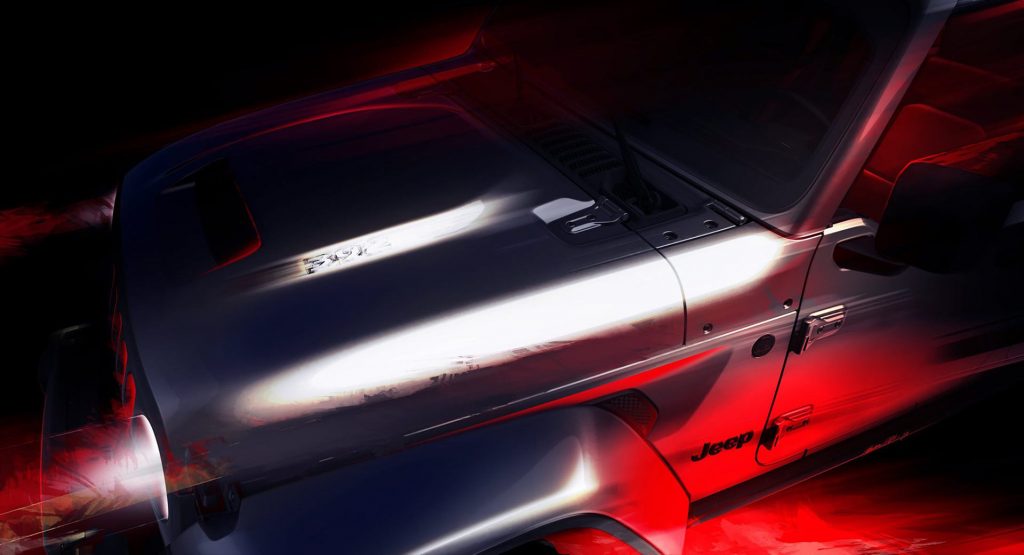 Jeep has teased a forthcoming V8-powered variant of the Wrangler (or the Gladiator) equipped with its iconic Hemi V8.

This teaser image, recently shared through the automaker’s social media channels, shows the front section of a Wrangler or Gladiator with a bulging hood that includes a graphic that reads 392. That can only mean one thing; the off-roader packs a 392 cubic-inch (6.4-liter) HEMI V8.

If Jeep slots in this engine in the same state of tune as its other HEMI models, it will pump out approximately 475 hp and 470 lb-ft (637 Nm) of torque, more than enough grunt for even the most serious of off-roading enthusiasts.

The timing of this teaser is not a coincidence as it comes just before the unveiling of the long-awaited Ford Bronco. In all likelihood, Jeep is trying to divert attention away from the Bronco, a rugged off-roader that promises to go head-to-head with the Wrangler in a market long dominated by Jeep.

The teaser has also dropped shortly after the Dodge Durango was outfitted with FCA’s flagship 6.2-liter supercharged Hellcat V8 and perhaps answers a call from Wrangler/Gladiator enthusiasts who are upset they’re missing out on the V8 party.

Limited details about the V8-powered model are known. In the Durango SRT and Grand Cherokee SRT, the engine is coupled to an eight-speed automatic transmission with four-wheel drive and we see no reason why the Wrangler/Gladiator V8 wouldn’t also have the same transmission.

It remains unclear when the covers will be taken off this intriguing new Jeep model but it could be just around the corner. 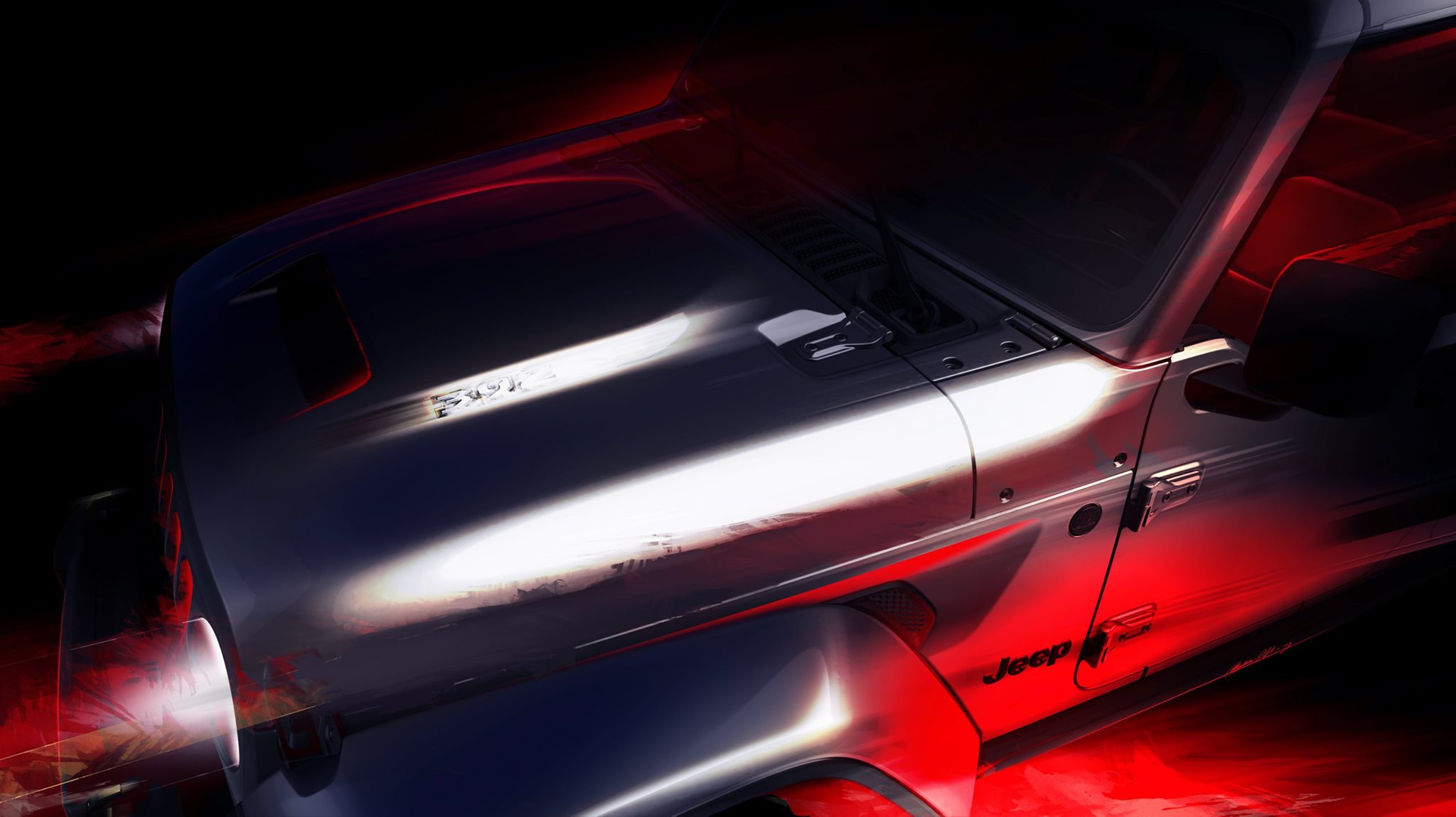