The Mercedes-AMG A45 S Is Super-Fast, Freakishly Agile And Eye-Wateringly Expensive 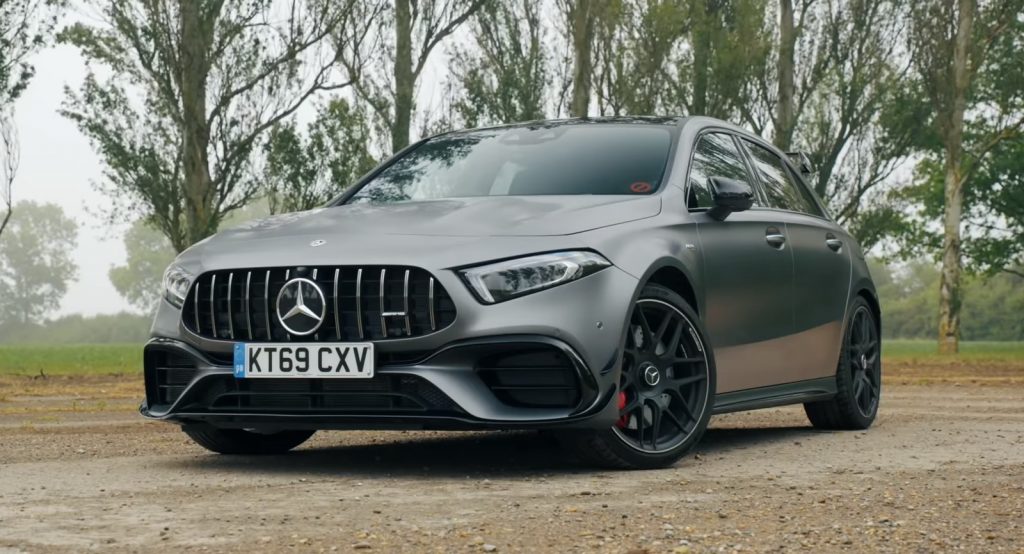 The new Mercedes-AMG A45 S continues the legacy of its predecessors in raising the bar for hot hatches; we’ve reached a point where a five-door hatchback offers more power than a Ferrari 360 Modena and it’s probably quicker too around a track.

Under the bonnet there’s a new turbocharged 2.0-liter four-cylinder engine, kicking out a monstrous 415 HP (421 PS) and 368 lb-ft (499 Nm) of torque in the top 45 S trim. The unit is bolted to an also new eight-speed dual-clutch automatic transmission and AMG’s trick 4Motion+ all-wheel-drive system.

The all-wheel-drive system also features the AMG Torque Control System, which uses a pair of multidisc clutches inside the rear differential to individually control the amount of torque that goes to either of the rear wheels, making possible the application of the ‘Drift’ mode.

The ‘Drift’ mode in the Mercedes-AMG A45 S may not cut off the front driveshafts as its bigger siblings do but it does force the rear axle to actively participate under fast driving and allow the driver to perform the occasional four-wheel-drift. That new focus in the handling character is what makes the A45 S so impressive and enjoyable, as Carfection tells us in their review.

The new AMG A45 S is not just a pocket-sized rocket down the straights, it’s also a very talented and fun-to-drive machine on the corners, unlike its predecessors which felt more nose-heavy and one-dimensional.

However, the biggest issue of this very likable and insanely fast hot hatch is the price tag; the base version of the Mercedes-AMG A45 S costs more than £50,000 in the UK, and that puts it against some very serious competition: on one hand, you have the less practical BMW M2 Competition and the Alpine A110, and on the other, you have the more practical Porsche Macan. It’s a tough market spot for the A45 S right now and it will remain so, at least until the arrival of the all-new Audi RS3.