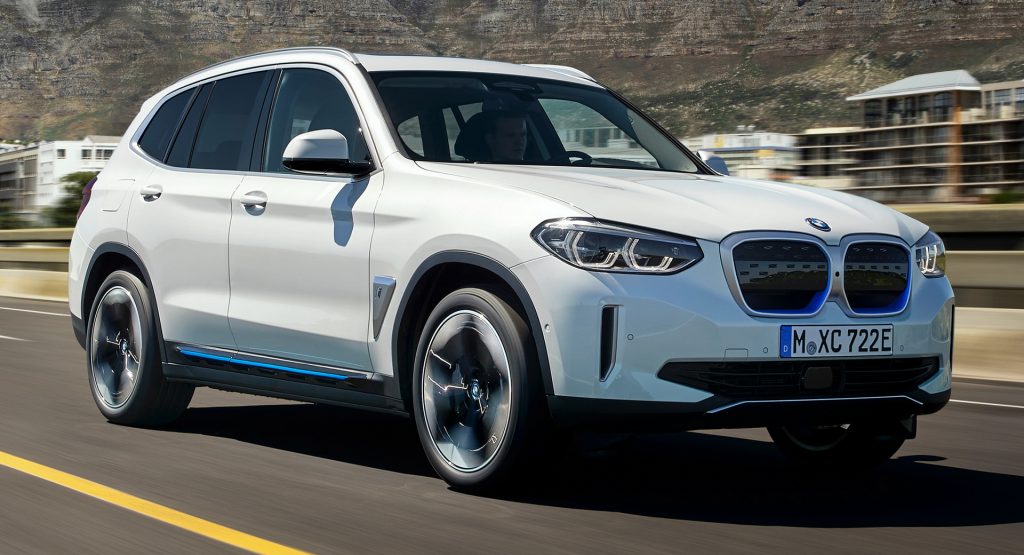 The new BMW iX3 has been finally revealed in its final production form as the brand’s first electric SUV, following numerous leaks and reports.

The electric BMW is based on the current X3 and features a fifth-generation eDrive system, including an 80 kWh battery pack and an electric motor with 282 HP and 295 lb-ft (400 Nm) of torque. BMW says that the iX3 will be capable of traveling up to 285 miles (460 km) on a full charge per the WLTP. 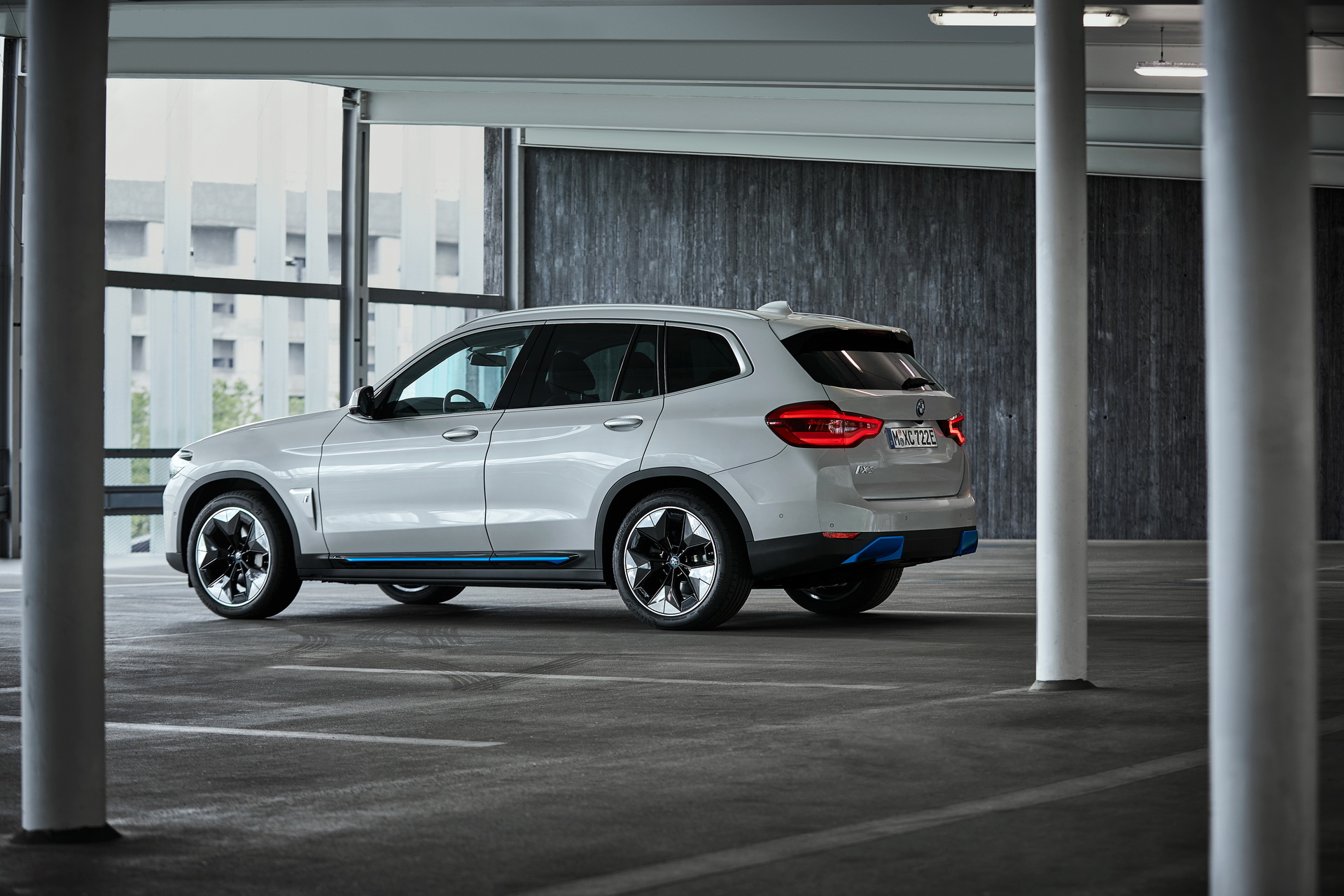 The exterior styling comes with a number of model-specific features to help the BMW iX3 stand out more from its ICE-powered siblings; the front kidney grille is partially blocked off to reduce air resistance while a set of aerodynamically efficient 19-inch alloy wheels reduce the vehicle’s drag coefficient by around 5 percent, adding around 6 miles (10 km) to the iX3’s driving range. Overall, the iX3’s drag coefficient is 0.29. 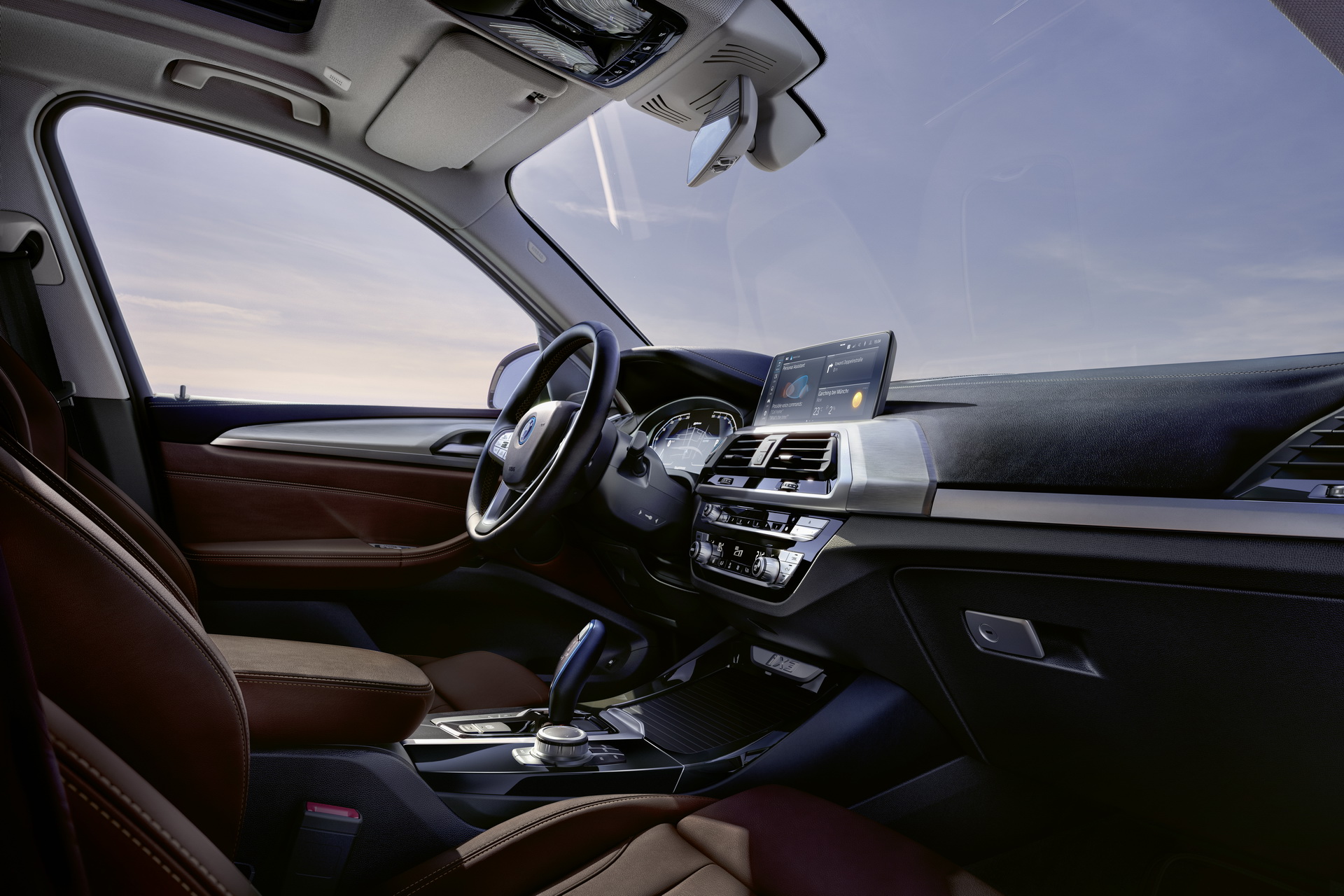 BMW takes great pride at the iX3’s electric powertrain; the electric motor, power electronics, and transmission are arranged in a common housing for the first time, making it more compact and easier to use across different types of vehicles. BMW also says that their fifth-generation eDrive technology is 30 percent more power-dense, compared to the current eDrive technology in existing electrified models. 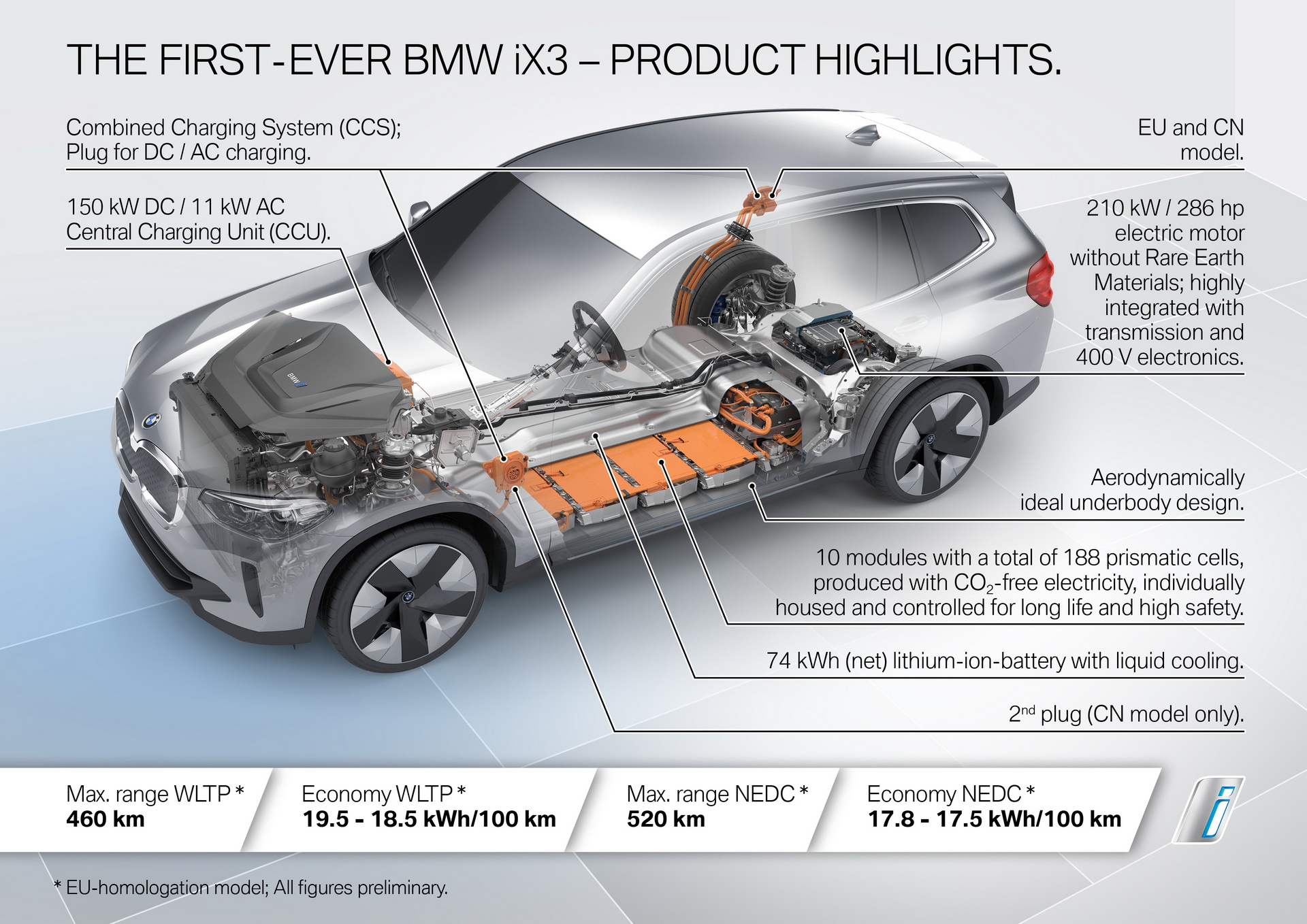 The new BMW iX3 will be the first of three new electric models the German carmaker has in store for us; the other two is of course the upcoming i4 and the production version of the iNext SUV, both of which are set to arrive by the end of 2021. It’ll also be the company’s first car to be produced for export at the Shenyang factory in China.

The new BMW iX3 will become available later this year in China, with Europe to follow in 2021. BMW’s electric SUV won’t come to North America, with customers there having to wait until the i4 and iNext models arrive.

2020-07-14
Previous Post: Take A Closer Look At The Maserati Ghibli Hybrid
Next Post: Cadillac Lyriq’s Name Comes From The Carmaker Being Mentioned In So Many Songs