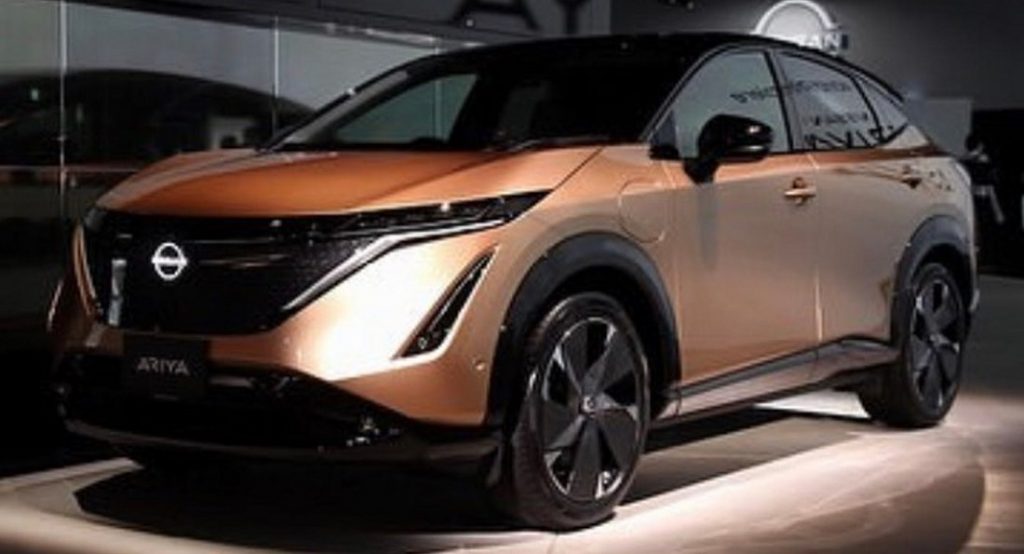 Several pictures of the Nissan Ariya have surfaced online, ahead of its debut tomorrow morning.

Posted on the Worldscoop forums, the images reveal the production model will be virtually identical to last year’s concept.

As a result, the crossover has an aerodynamic front fascia with a fully enclosed grille. We can also see slender LED headlights, vertical air intakes and gloss black body cladding.

Also Read: Nissan Ariya Concept Is The Dawn Of A New Era For Automaker 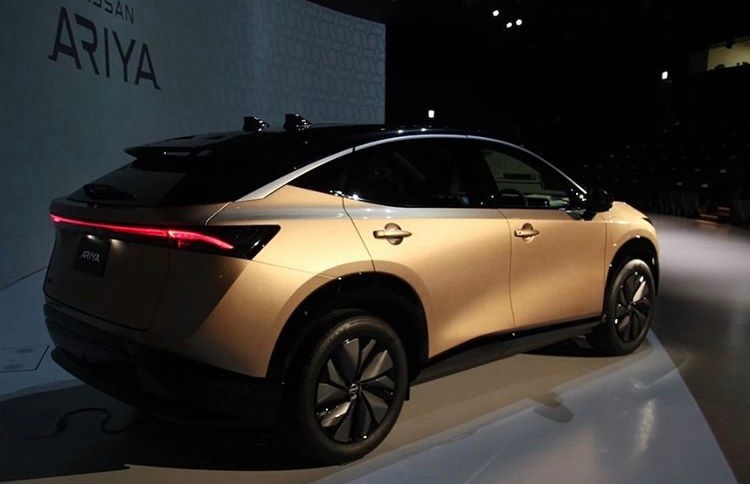 Moving further back, there’s a rakish windscreen which flows into a sloping black roof. The model also has streamlined body work and a pronounced shoulder line. Other highlights include an upward sweeping beltline and a stylish matte aluminum accent that follows the curvature of the roof.

The rear end is dominated by a full width LED light bar that resides beneath a rakish window and a prominent spoiler. We can also see what appears to be a large diffuser.

There are only a few pictures of the interior, but they show the Ariya will have a two-spoke steering as well as a Mercedes-like setup for the digital instrument cluster and infotainment system. We can also see what appears to be a floating center console with a minimalist shifter, a wireless smartphone charger and high-tech ‘buttons’ integrated into the wood trim. 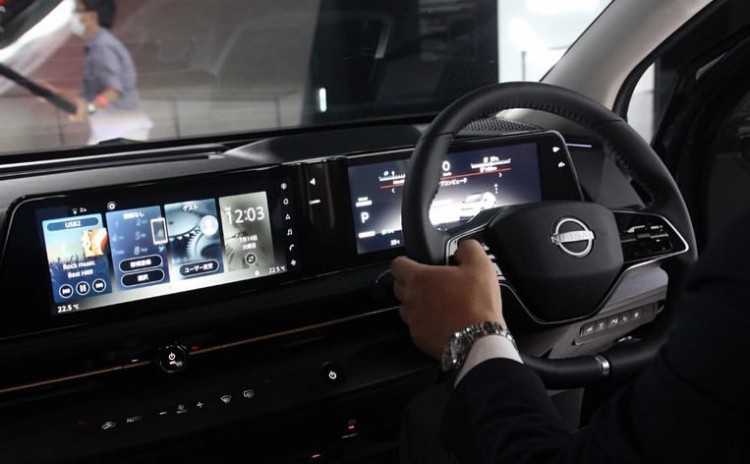 Nissan has been tight-lipped about specifications, but the Ariya is expected to have an e-4ORCE powertrain that uses two electric motors. Nissan has previously said the system has a default 50/50 distribution, but can also send up to 100% of power to either the front or rear wheels depending on conditions. The powertrain also promises to offer a smooth ride as it employs regenerative braking to minimize pitch and dive in stop-and-go traffic.

The big question is range, but we should find out tomorrow.