Fisker is in talks with Volkswagen over the German carmaker’s MEB architecture, which the U.S. company would like to use for the Ocean, its first electric SUV.

Fisker, which has already revealed that the prototype Ocean was built by Italdesign upon VW’s MEB platform, made the announcement during their recent investor presentation where they announced they are going public.

In that investment presentation, Fisker said that they are “seeking to negotiate an agreement with VW for the supply of parts and components for its vehicles” in order to “dramatically” reduce vehicle development costs.

Read More: Fisker Confirms It Is Going Public In A $2.9 Billion Deal 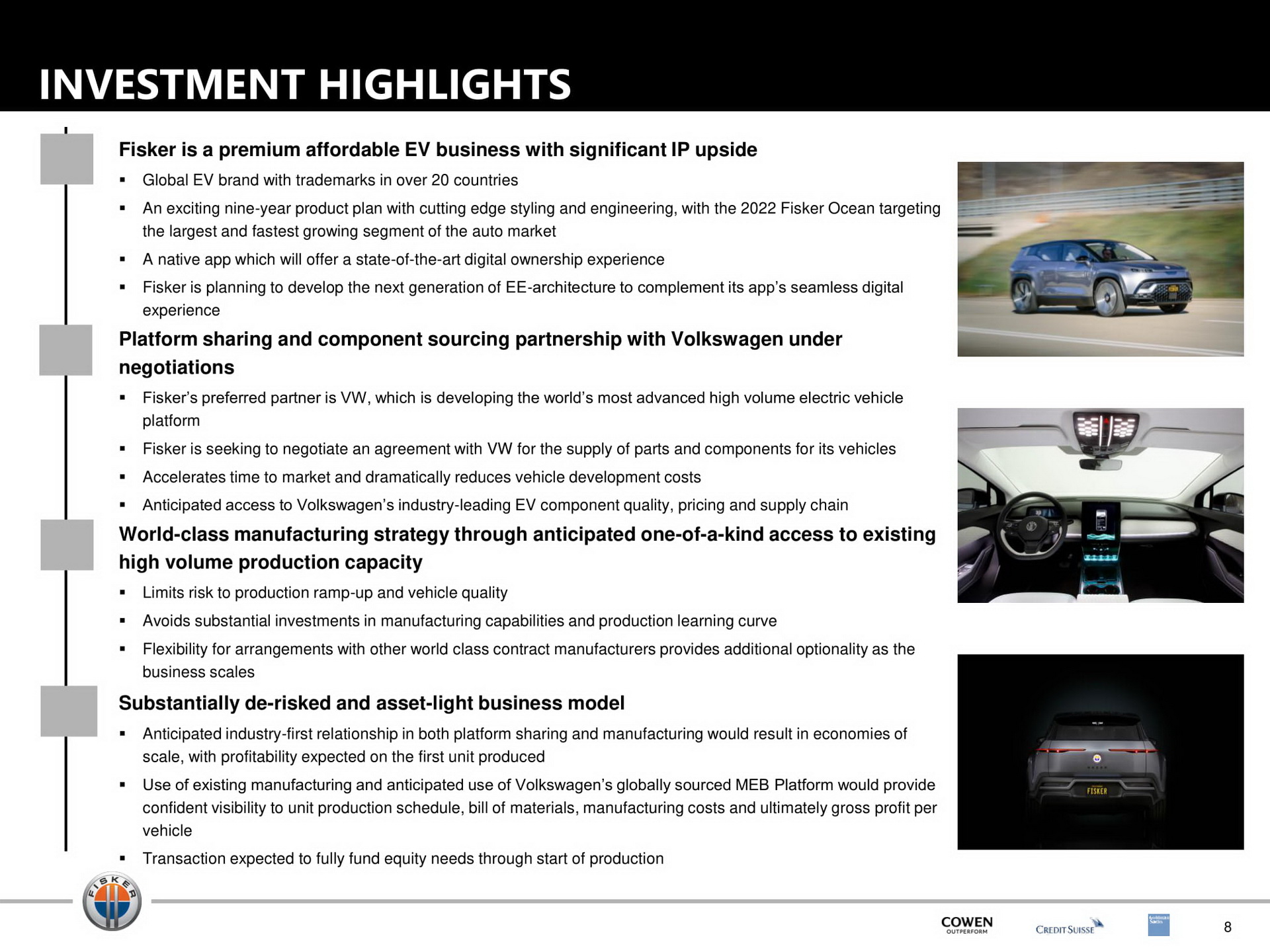 Fisker added that the “anticipated access to Volkswagen’s industry-leading EV component quality, pricing, and supply chain” would allow the company to enter the market in approximately half the time and result in the desired economies of scale and profitability “from the first unit produced”.

The company expects to launch the production version of the Ocean electric SUV in the fourth quarter of 2022, with a targeted base MSRP of $37,499, not including any federal EV tax credits. Fisker’s first electric SUV will offer a driving range between 250 and 300 miles (402 to 482 km) thanks to a larger than 80 kWh battery pack.

According to Fisker, an initial agreement with Volkswagen is expected to be signed this month followed by a supply and manufacturing deal in the coming months. Provided that the agreement between Fisker and VW is signed, the startup company expects to build up to 100 pre-production examples of the Ocean by the end of 2021 and enter full production in the fourth quarter of 2022.