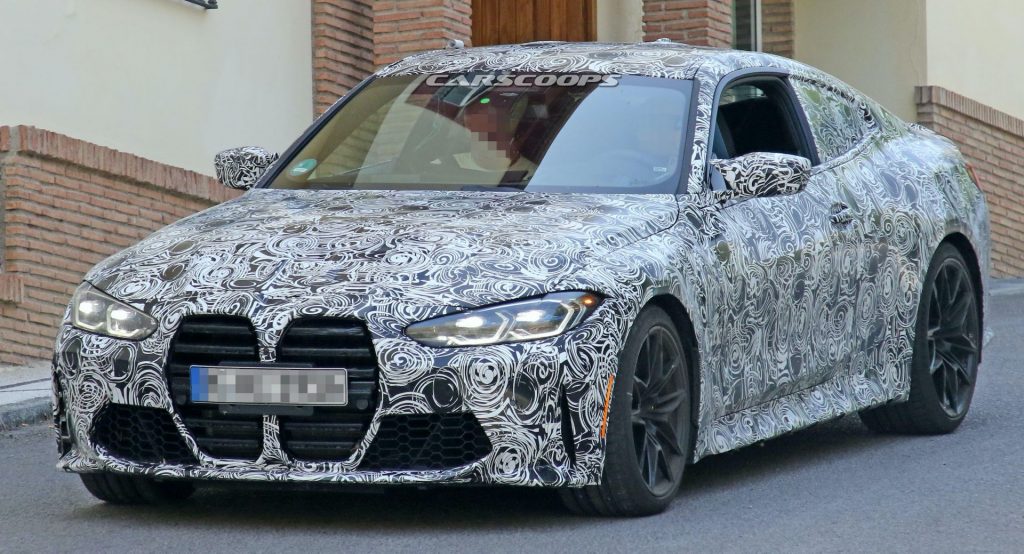 We’ve received fresh spy shots of the 2021 BMW M4 Coupe which continues to feature a full body wrap. However, the headlights and taillights are fully exposed, as are the oversized kidney grilles. (Updated 07/17/2020)

BMW has confirmed that the all-new M4 Coupe and M3 Sedan will be unveiled in mid-September and, until then, testing continues.

While in the photos released by the company last week the test cars featured heavy camouflage over the grille, in these latest shots taken by our photographers we can see that BMW no longer shies away from showing off the M3 and M4’s huge kidneys.

These are quite possibly the most revealing spy shots of the new BMW M4 Coupe as they also give us a good look at the bumper, revealing two additional grilles than flank the kidneys, as well as two vertical air intakes further to the sides. The lower grilles feature a honeycomb mesh while the main grilles do not show their inserts yet. 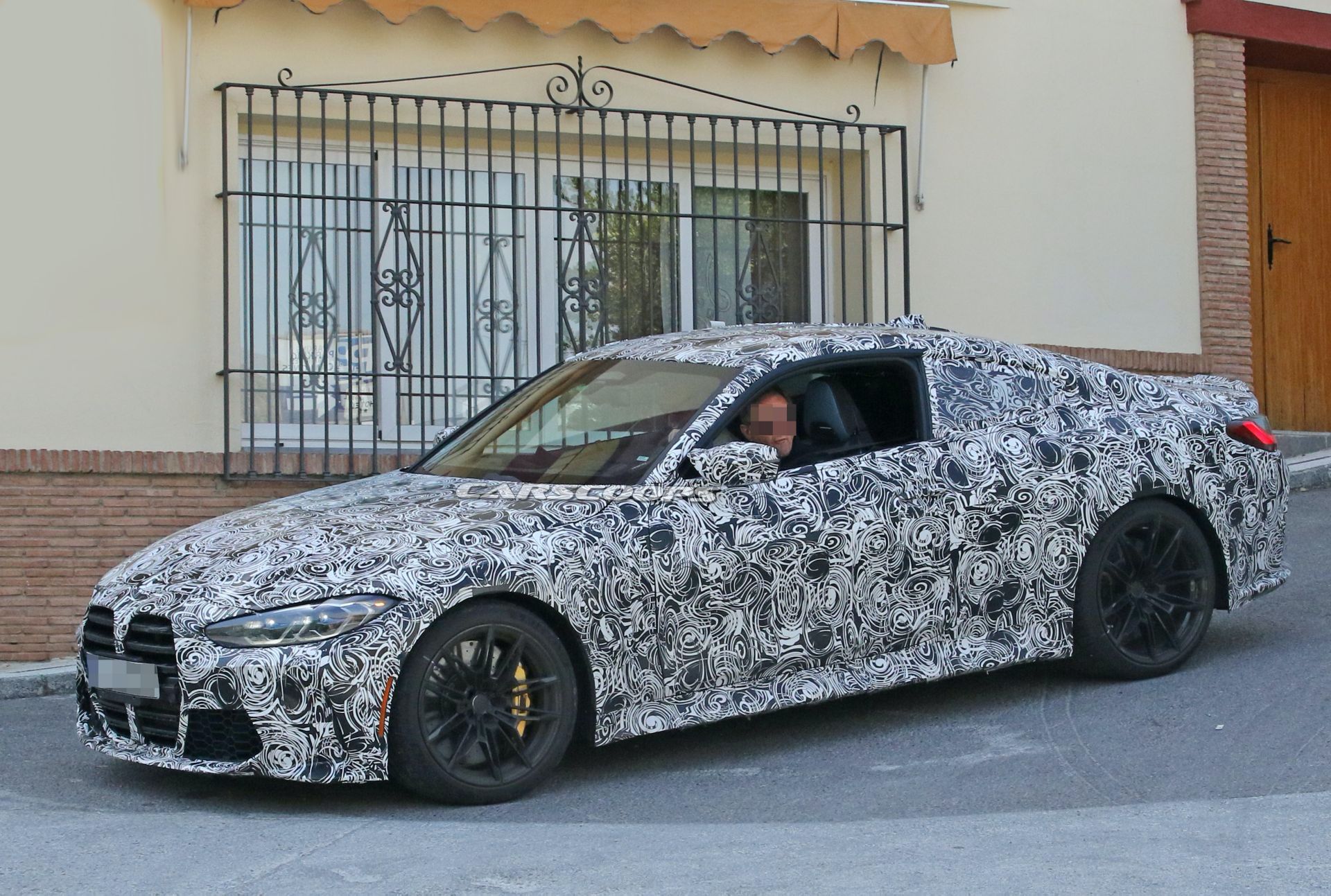 The photos also provide the first uncensored look at the LED taillights, which are clearly inspired by the Concept 4 both in their shape and the light signature. Out back we also see the quad round exhausts integrated into a diffuser, with the bumper also featuring vertical reflectors echoing the air inlets at the front.

The BMW M wheels deserve special mention thanks to their striking design; we can’t see what size they are but they come wrapped with Michelin Pilot Sport rubber. While this set does not include photos of the interior, we already know it looks just like the latest 3 Series and 4 Series spiced up with BMW M goodies. 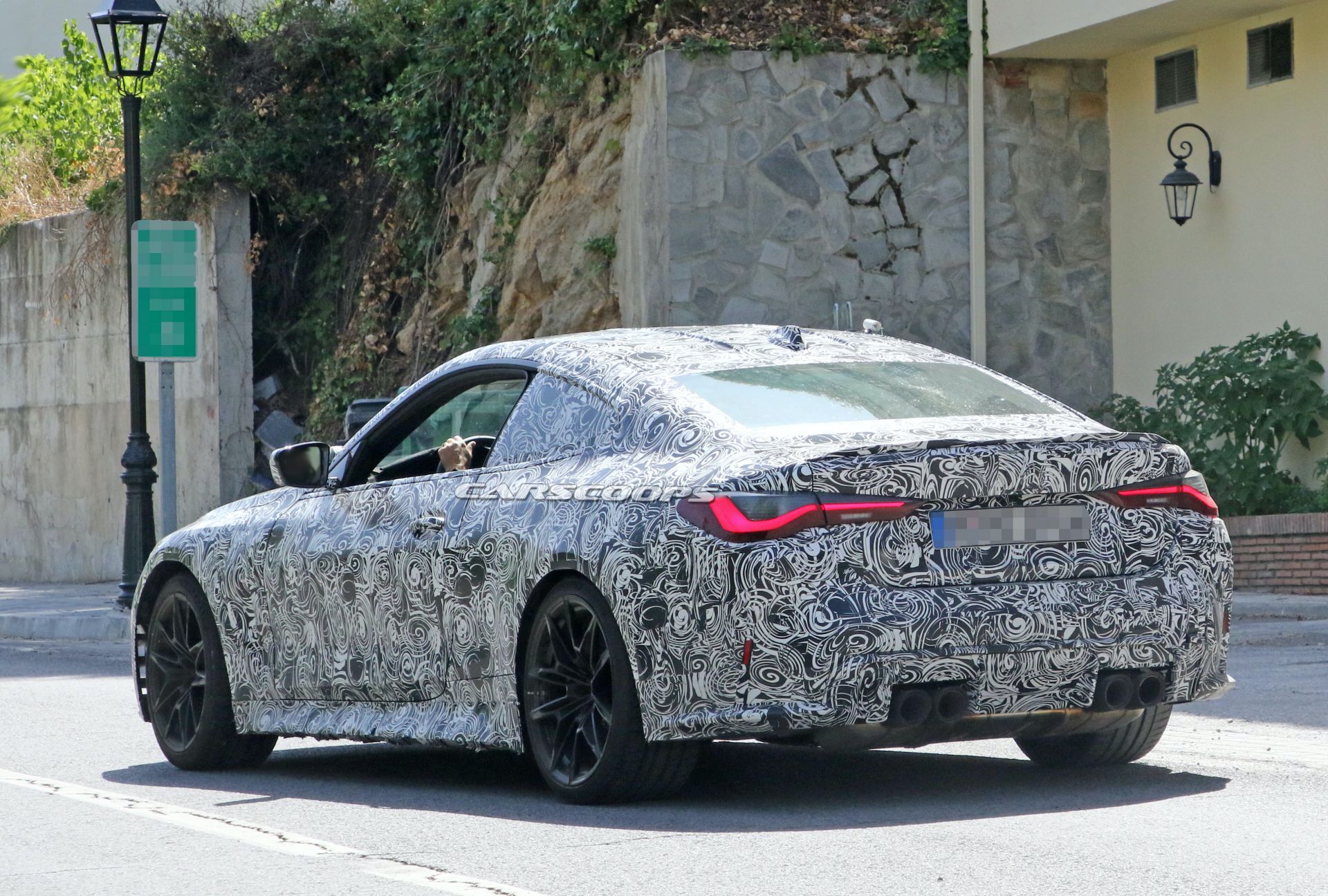 As confirmed by BMW, both the 2021 M3 Sedan and M4 Coupe pack a twin-turbocharged 3.0-liter straight-six engine available in two states of tune. In base specification, the unit delivers 480 PS (473 HP / 353 kW) and it comes with a standard six-speed manual transmission and rear-wheel drive.

There is also the choice of a Competition model with 510 PS (503 HP / 375 kW) and 650 Nm (479 lb-ft), offered as standard with an 8-speed M Steptronic transmission with Drivelogic and rear-wheel drive. Later on, the M3 Competition and M4 Competition will also be available with the latest version of the M xDrive four-wheel-drive system.

2020-07-17
Previous Post: One Year With a Tesla Model 3 Performance: An Owner’s Perspective
Next Post: The Laguna Seca Follies II: The Sequel