Not only is this car bound to sell for far less than a new GT3 RS, but it is probably just as fast around a racetrack thanks to a host of modifications. It is also bathed in a vibrant shade of orange and looks phenomenal.

The car is currently up for grabs from Bring a Trailer and is a 997.1-generation model but has been equipped with taillights and the rear wing of a 997.2 GT3 RS. 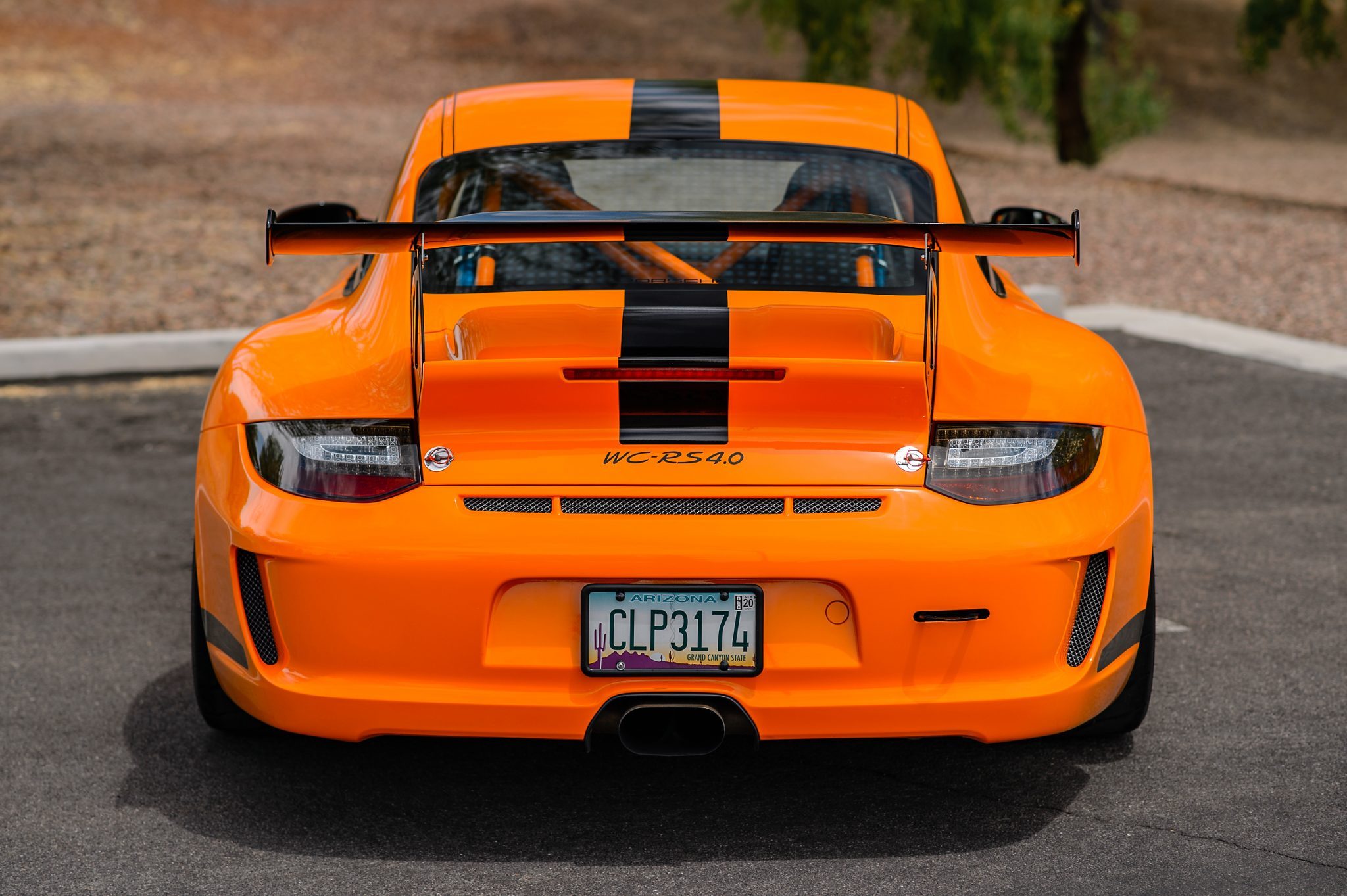 According to the listing, the car was involved in an accident in 2008 that caused some damage to the front end but it has since been fully repaired and was repainted back in 2012 with the exception of the roof. It has also been equipped with a 997.2 GT3 Cup car front bumper as well as a new front splitter and front fender flares.

A plethora of other modifications have been made, including the fitment of custom forged GMG wheels that include center locks and are wrapped in Toyo Proxes R888R tires measuring 265/30 front and 325/30 rear. New StopTech brake rotors have also been fitted along with Endless pads and brake fluid.

Then there is the engine. Rebuilt by Performance Development in California, the naturally aspirated flat-six now displaces 4.0-liters and includes custom Mahle pistons, Arrow oil-through connecting rods, Nikasil cylinder liners and a custom crankshaft. There is also a billet oil pump, sport valve springs, titanium valve retainers and a GT3 RS 4.0 intake and airbox. Drive is sent to the rear wheels through a six-speed manual transmission, another advantage over the 991.2 GT3 RS that was sold exclusively with a PDK.