Would Anyone Buy A Ford Mustang Mach-E Off-Roader Like This? 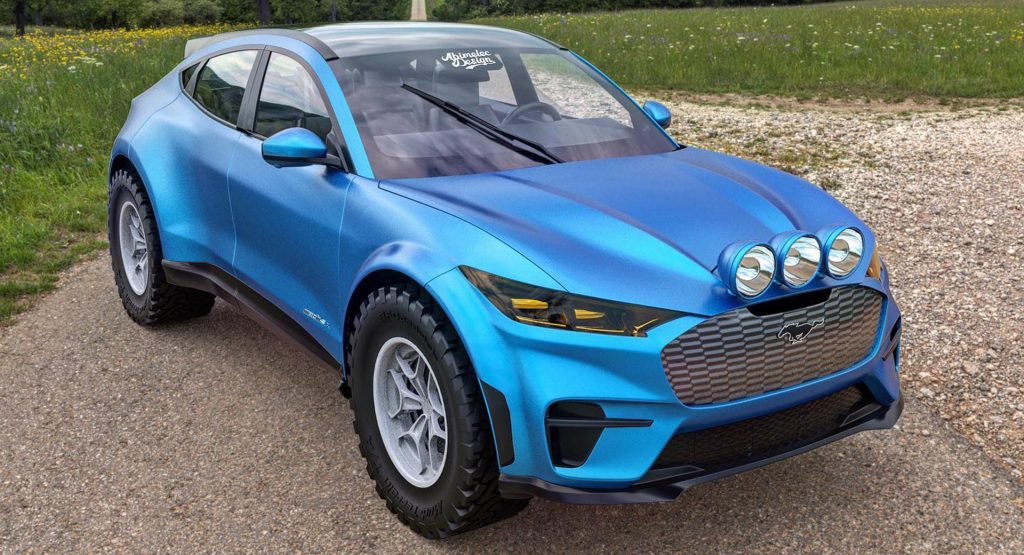 Customer deliveries of the Ford Mustang Mach-E will kick off in the not too distant future heralding a new era for the Mustang nameplate.

The Mustang Mach-E is a very important vehicle for the car manufacturer and spearheads its future range of EVs. While debate continues to rage online about whether or not it should be called a Mustang, we happen to be quite fond of the design that pays tribute to ICE-powered Mustangs while bringing with it a unique EV style.

The off-road-inspired Mach-E in these renderings from Abimelec Design is an interesting proposition. Immediately making the vehicle stand out are a set of new wheels and massive BF Goodrich mud-terrain tires that would give the EV the grip it needs to hustle its way through some pretty treacherous terrain. To fit these tires, the ride height has also been increased while there are also flared wheel arches at all four corners. 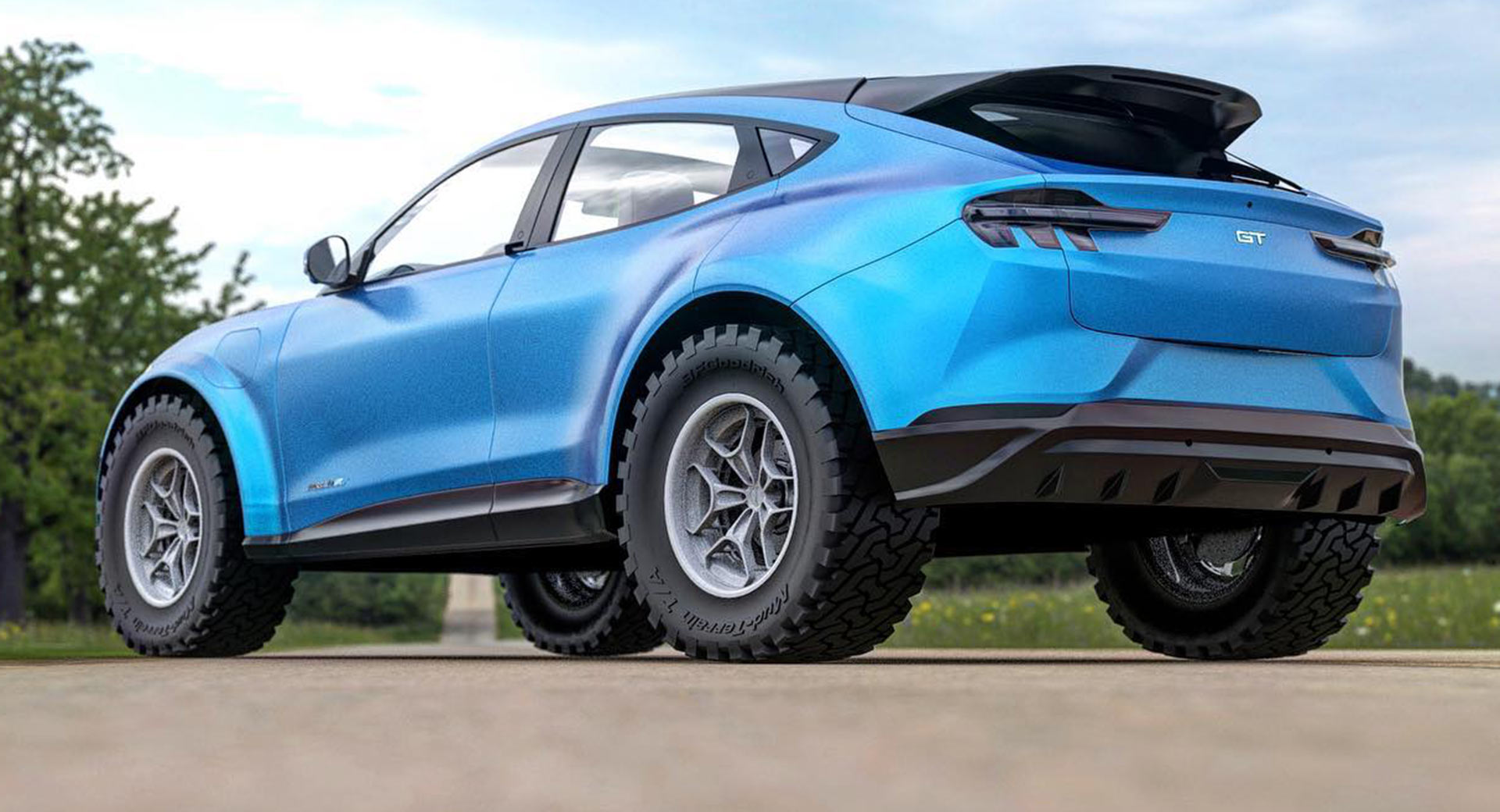 Elsewhere, the designer has rendered a set of three spotlights on the frunk while also covering the headlights in a yellow tint. At the rear, the Mach-E render is more aggressive than the actual EV thanks to a sharp new diffuser and an enlarged spoiler stretching off from the roof.

These renderings come just a week after a mysterious ‘spy video’ of a Mustang Mach-E prototype hit the web. In that video, Ford engineers could be seen drifting the EV around a paved testing facility, leading some to speculate the car could be used by Ken Block in some form.

Note: This rendering is the work of Abimelec Design and is in no way affiliated with nor endorsed by Ford