What If Ford Gave The 2021 Bronco The Raptor Treatment? 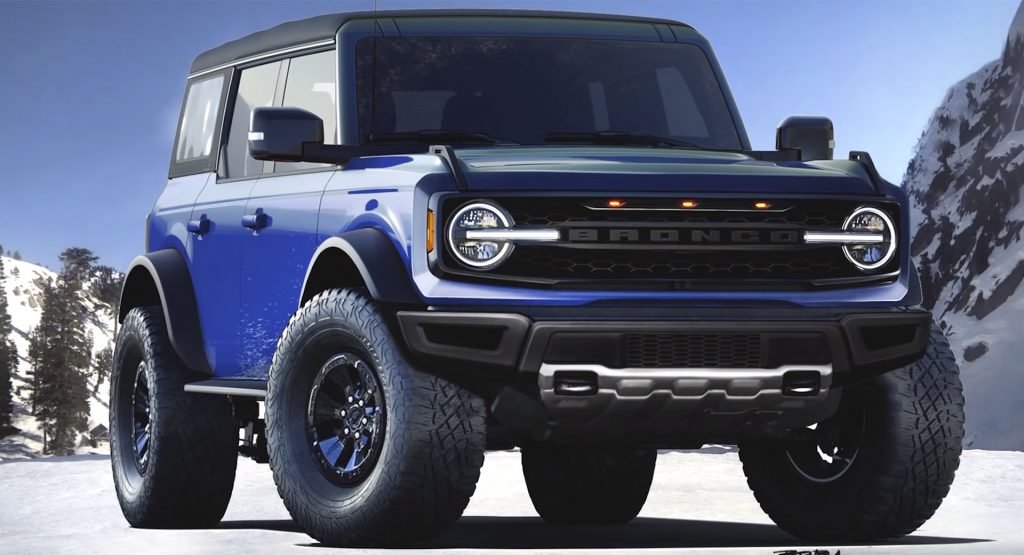 If you are to believe the rumormill, a hardcore variant of the new Ford Bronco could be on the cards, created using a similar philosophy to the F-150 Raptor and Ranger Raptor but potentially dubbed the ‘Warthog.’

It is impossible to say at this early stage what Ford is planning for this flagship Bronco, but The Sketch Monkey on YouTube has rendered what the off-roader could look like with some Raptor-esque parts.

As it stands, the Ford Bronco is already a very mean-looking off-roader, particularly in Wildtrak form where it sports 17-inch black wheels with a beadlock-style ‘beauty ring’ and massive 35-inch tires. The Sketch Monkey used the Bronco Wildtrak as the base for his creation and set about overhauling its front fascia and some other parts.

The most obvious alteration is focused on the front grille that now sports blacked-out Bronco lettering and three small orange lights. Look below the grille and you will find a revised front bumper with a steel skid plate just like the one used by the F-150 Raptor.

Elsewhere, the Bronco Raptor sports a different set of black wheels and a pair of side steps.

If Ford does indeed launch a Bronco Raptor or ‘Warthog,’ there’s a possibility it will feature an powerful powertrain. This could mean Ford will upgrade the twin-turbo 2.7-liter EcoBoost V6 that currently tops out the range. On the other hand, some speculate the Blue Oval may drop its 5.0-liter Coyote V8 into the Bronco, making it the perfect rival to the rumored V8-powered Jeep Wrangler.

Note: This render is the work of The Sketch Monkey and is in now way related to or endorsed by Ford

2020-07-20
Previous Post: This Audi Q7 Scale Model Has Been Carved By Hand From Wood
Next Post: Designer of the Z car passes at age 87