The 2021 Hyundai i20 N has been spotted testing at the Nürburgring once again, this time with significantly less camouflage than before.

The new spy shots reveal more design details of the new Korean subcompact hot hatch, especially at the front and rear ends. For example, this is our first look at the hexagonal grille which has a different insert that the regular Hyundai i20.

We’re not very sure that this is the final shape of the grille, though. If you look closely, you’ll notice some inconsistencies between the tape-covered areas and the black elements in the background which are the real parts. Therefore, we can expect a deeper grille and a more aggressive-looking front bumper. 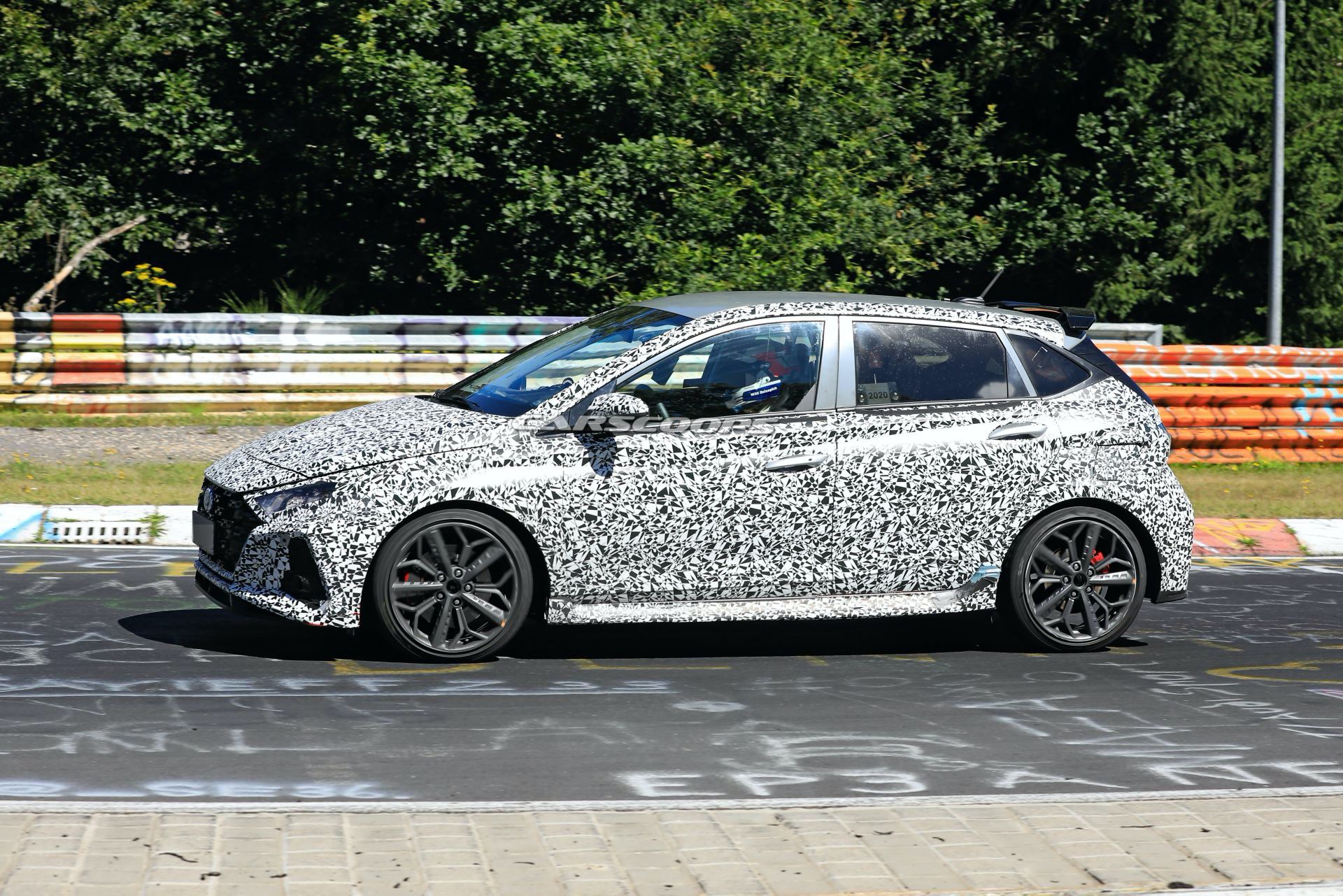 We also get to see more of the headlights which appear identical with those of the standard car, up to the eyebrow-like LED DRL signature.

Moving on to the sides, the sporty character of the i20 N is highlighted by the lower ride height, bigger wheels housing uprated brakes with red calipers, deeper side skirts and a generous fixed rear wing. The dynamic look continues out back with a massive rear diffuser, big oval tailpipe that reminds of Audi’s RS models, and sportier bumper. 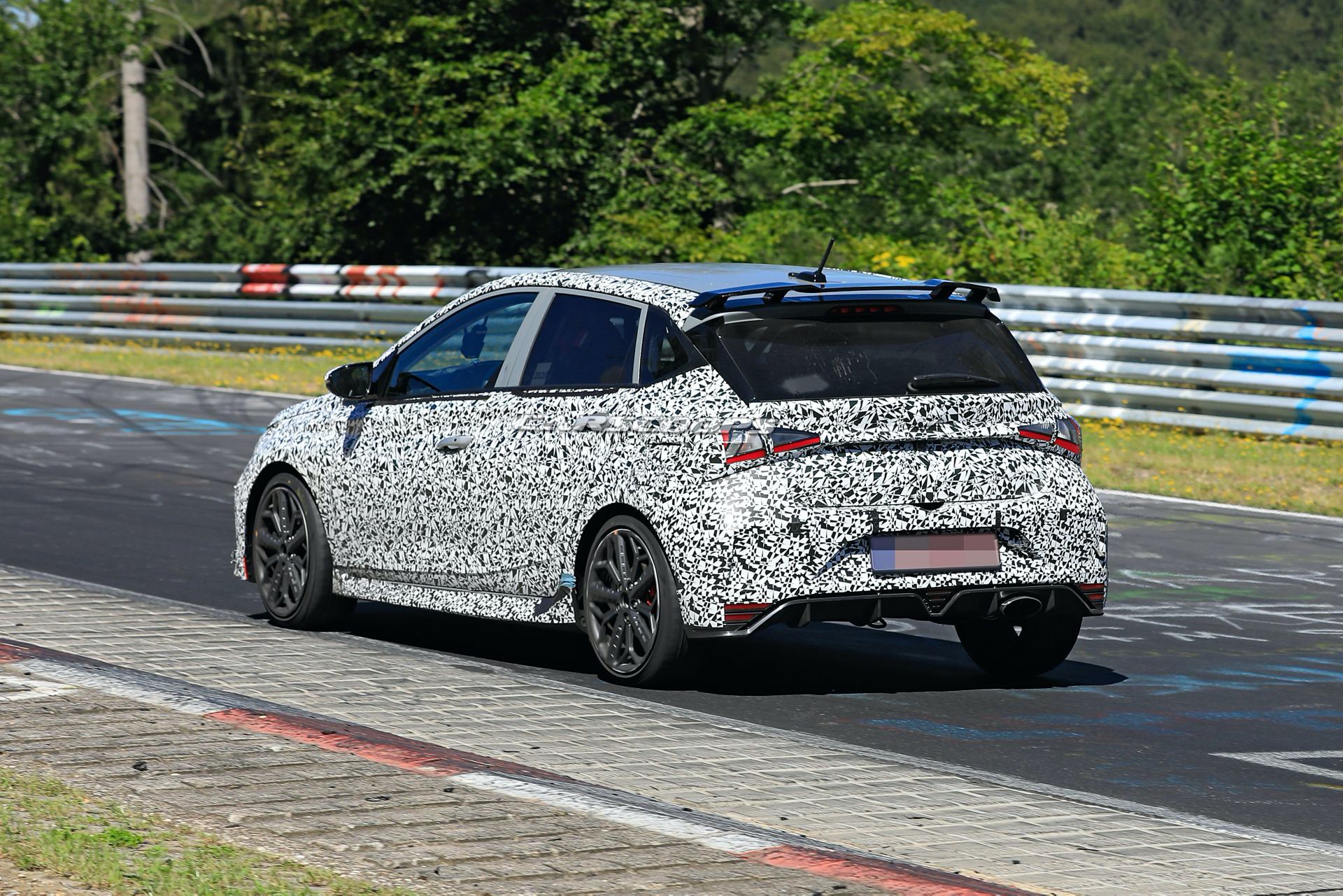 The interior of the 2021 Hyundai i20 N hasn’t been spied yet but one should not expect too many changes over the standard i20. The package should include sports seats, a sports steering wheel, and model-specific trim.

So far, Hyundai has not revealed anything about the i20 N’s powertrain but the hot hatch is expected to pack a 1.6-liter turbocharged four-cylinder gasoline unit. The engine will likely deliver around 200 HP to the front wheels via a six-speed manual gearbox. A limited-slip differential will probably be part of the package as well.