Steampunk-Styled BMW R100 Bike Has Its Own Wine Bottle Compartment

If you’re a steampunk fan, or only a fan of all issues retro, you’ll most likely like this 1980 BMW R100 RS motorbike, which has been created by Dirk Oehlerking of Kingston Customs.

It’s known as the Good Ghost and it’s a part of Oehlerking’s Phantom collection, which additionally contains the White and the Black Phantom. Unlike the opposite fashions, although, the Good Ghost encompasses a retro streamliner look, protecting its whole physique.

Underneath the total size aluminum cladding lies an old-fashioned BMW twin-cylinder boxer engine, and no adjustments had been made to the unique chassis of the R100 RS. By the best way, the cladding, which weighs simply 21 kg, the shift paddle and the foot brake lever had been all handcrafted. 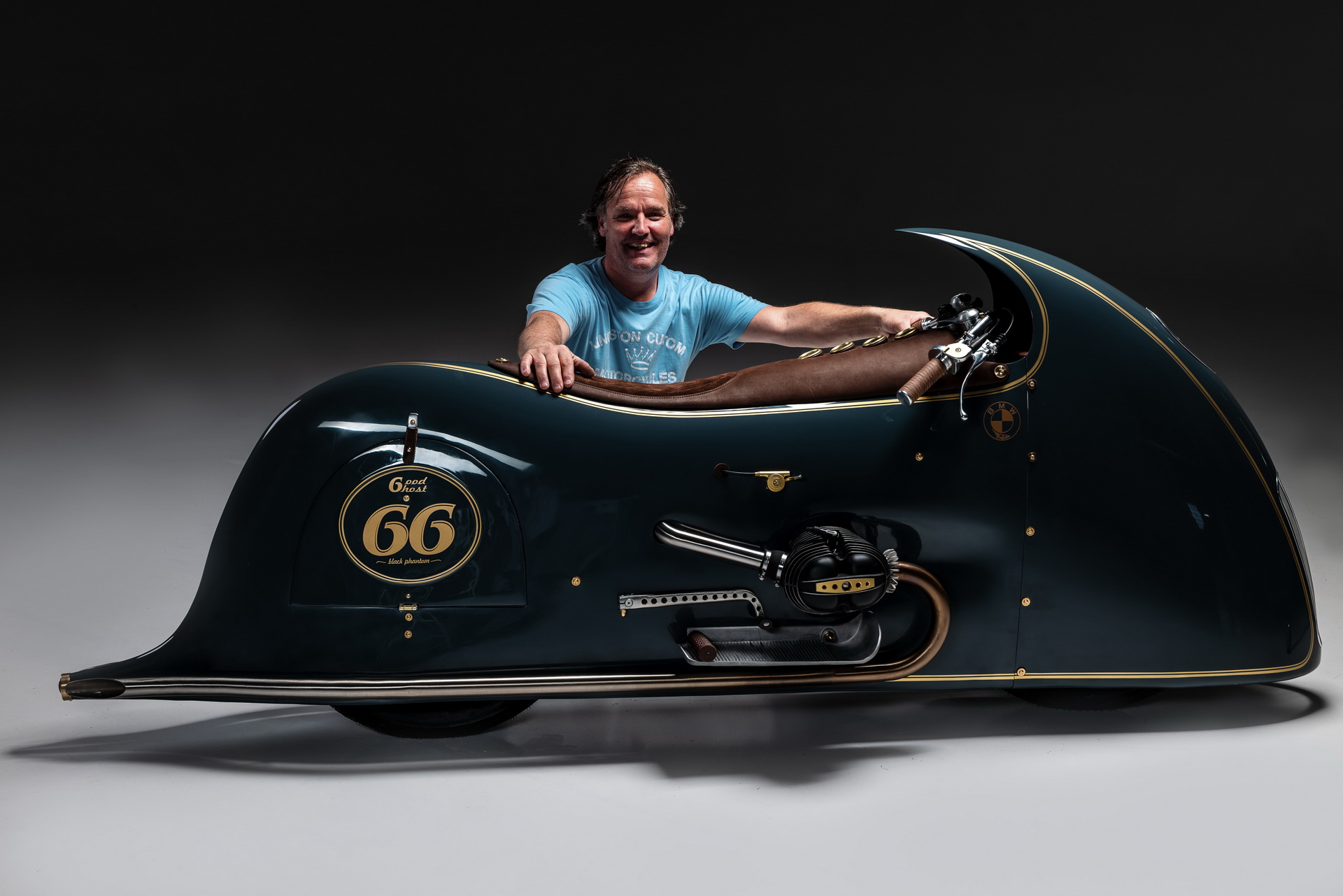 The entrance boasts a single headlight, watching over BMW’s iconic kidney grille, which is as tall as on a number of the firm’s modern-day vehicles. Then there’s the leather-based seat which extends all the best way to the deal with bars and options an integrated gauge cluster.

Another factor that’s positively not inventory is the gas tank, which needed to be formed in accordance with the bike’s design, whereas the exhaust manifold was produced from stainless-steel.

What’s actually cool in regards to the Good Ghost is the truth that it isn’t only for present, because it really options loads of storage space. Lift the seat and also you’ll see a compartment for storing a bottle of wine and a glass, whereas the corkscrew and a spare spark-plug are stowed away within the carry mechanism.

Furthermore, the 2 flaps on both facet of the rear wheel maintain the software equipment and a number of old silverware, respectively. You may positively take this bike on a pleasant lengthy highway journey. 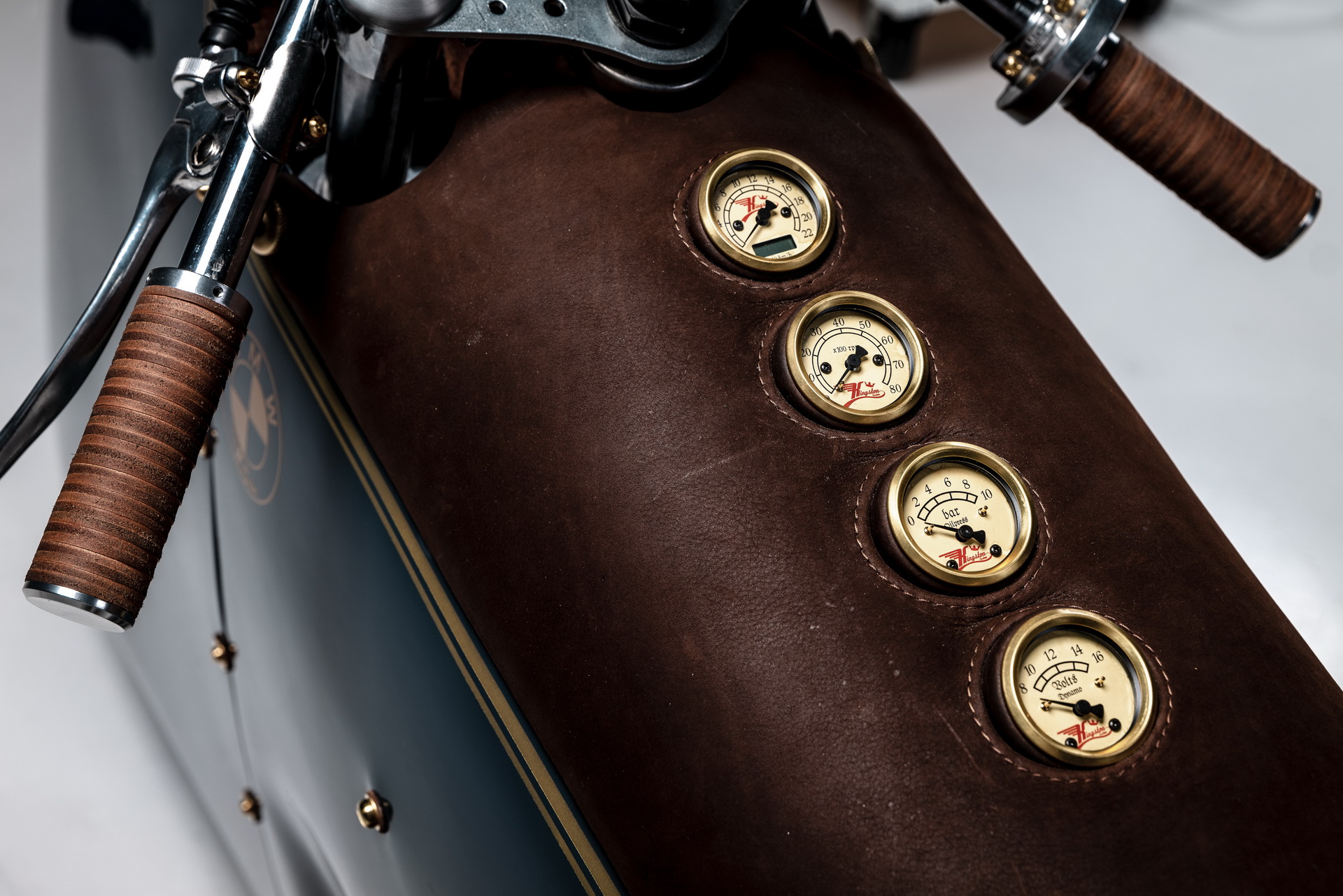 “The most interesting, exciting part of my work was the design. Designing a gentleman racer that completes the trilogy, that is the special Art of this motorcycle,” says Oehlerking.

“I started to build a cladding with wire frame and tape, which I then coated with cardboard and paste, so I created design and style. I didn’t want to sit behind a fairing in the motorcycle, I wanted to ride the motorcycle. I hid an original BMW R100RS under the fairing, frame and technology all original, I only used a Monolever damper. Like the White and Black Phantom, I placed the carburetor behind the fairing Kingston Hand Made.” 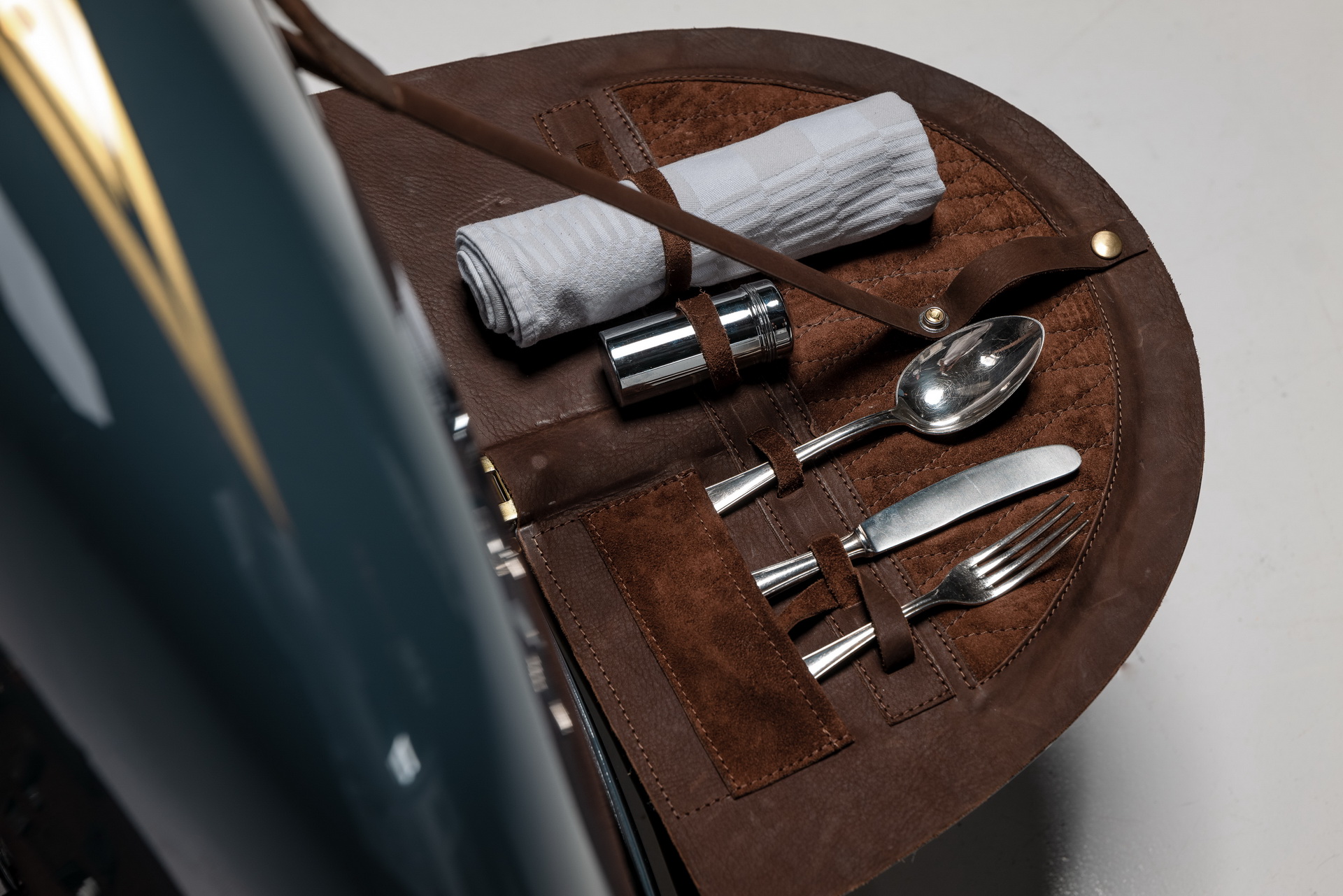 Here’s a rundown of all of the components that went into this motorbike: Metzeler ME tires, Fehling handlebar clip, common headlights, old fashioned taillight, Kingston instrumentation, the customized leather-based seat, BMW working boards, YSS damper and a Okay&N air filter.

The Good Ghost was commissioned by the Haas Moto Museum in Dallas, the place it would go on show. Its creator nonetheless hopes that at some point he’ll be capable of journey it on the Goodwood Festival of Speed.

Photos Ben Ott. Thanks to Dirk Oehlerking for sharing his work with us!